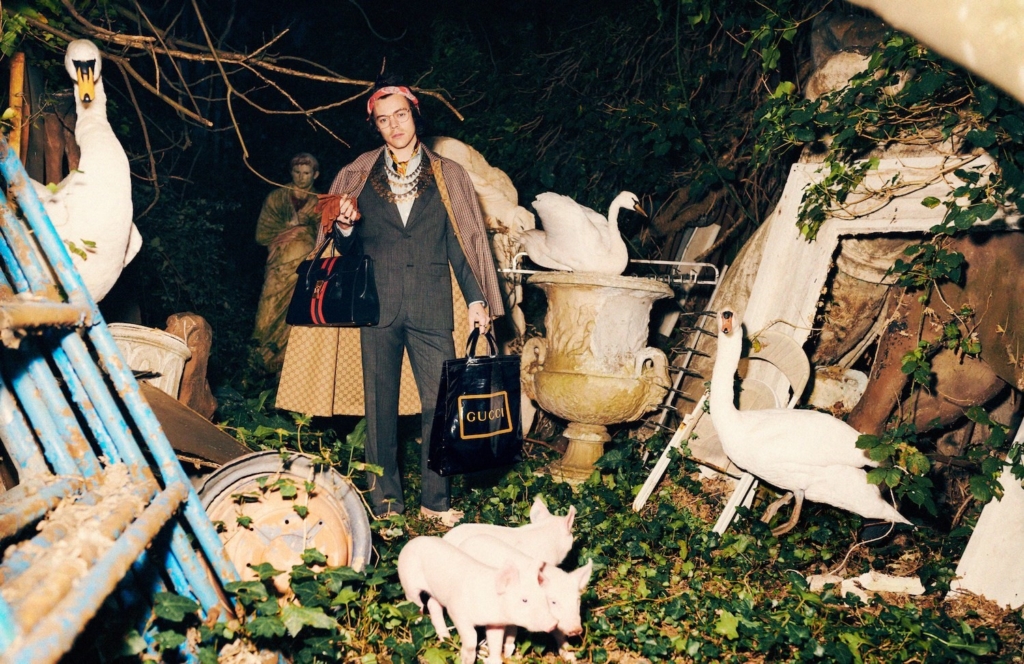 Thanks to 2020, we long ago said RIP to weekends at the movies. But while just about all of the cinematic masterpieces we were pumped about are delayed until 2021 (or, on the bright side, getting released straight to our TVs like K-Stew’s new queer rom-com later this month), Gucci is teaming up with award-winning filmmaker Gus Van Sant to present the brand’s latest collection through a seven-part mini-series this week.

Titled Ouverture of Something that Never Ended, the film series was shot in Rome and will feature appearances from Harry Styles, Aussie music star Billie Eilish, and other icons and Oyster faves, like Lu Han, Ariana Papademetropoulos and Jeremy O. Harris — all decked out in Gucci, of course.

Directed by the brand’s creative director Alessandro Michele in collaboration with Van Sant, the series is set to debut as part of GucciFest, an innovative digital fashion and film festival running for the next week, from 16 – 22 November.

Each of Ouverture‘s seven parts will be released daily throughout the festival as an exclusive broadcast on YouTube Fashion, Weibo and Gucci YouTube, and embedded on the dedicated site Guccifest.com, as the brand also unveils their new collection each day. The decision to debut the looks this way is part of Michele’s new post-2020 vision for the brand, which doesn’t rely on “the old notion of seasonality” and is “closer to his expressive call and told by blending rules and genres, feeding on new spaces, linguistic codes and communication platforms.”

The complete program guide and schedule are now available at GucciFest.com, so start planning your next weeks’ Gucci viewing. Oh, and pass the popcorn.