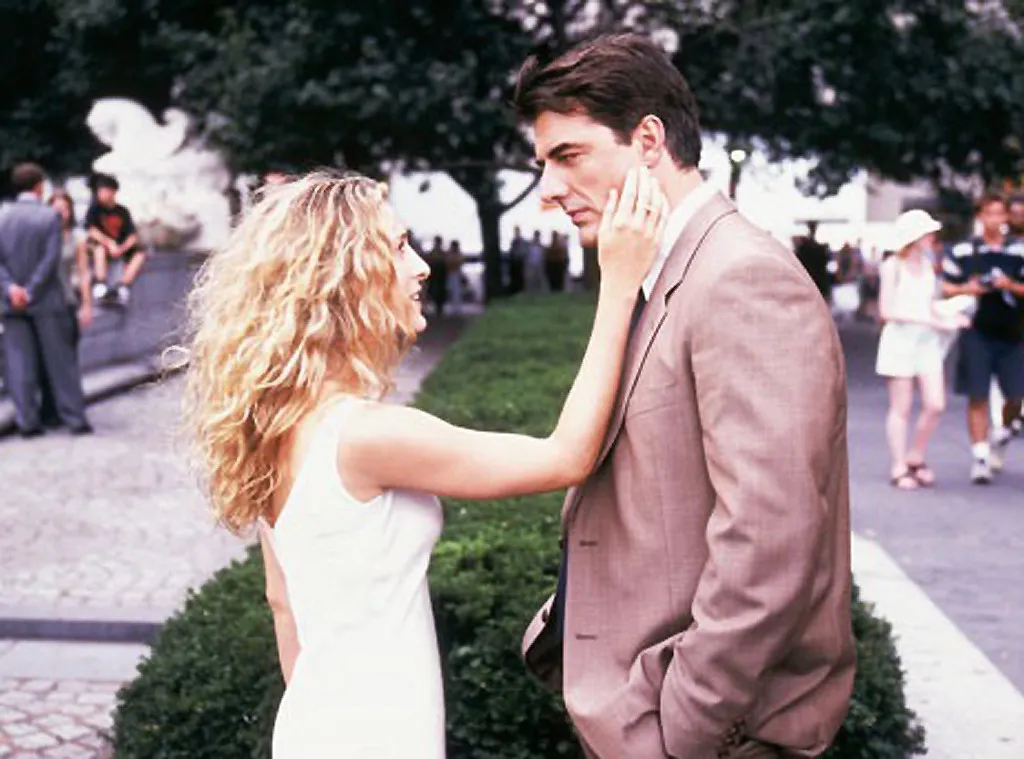 It’s a good day for TV previews. First, we got a look at Penn Badgley basically reprising his role as Dan Humphrey in the new You season 3 trailer, and now we’re getting our first look at the reunion between Carrie and Mr. Big in the upcoming Sex And The City reboot. Earlier today, HBO dropped a little preview of their upcoming shows, and smack dab in the middle we get some serious PDA from our favourite problematic couple.

In between previews for new seasons of Insecure, Curb Your Enthusiasm, Succession, Euphoria and more, we get a little glimpse of Big and Carrie giving us some real marital bliss, as they cook, dance and kiss in their kitchen. But objects in the camera might be more misleading than they appear… in a leaked script of the new show, titled And Just Like That, it was revealed that Big and Carrie are actually in the middle of a divorce. In the pages, Carrie, who has reportedly left her gig at The New York Star to start a podcast (how modern!) complains to Miranda, Charlotte and Stanford about the messy breakup.

Carrie seems to have had another bad breakup in the ensuing years, as Kim Cattrall will not be reprising her role as Samantha Jones in the reboot.

But Carrie, Big, Miranda, Stanford, Charlotte, Harry, Steve and even Aiden will make an appearance (does this mean that Carrie and Aiden are actually endgame?!?!) alongside the show’s first non-binary actor, a new addition name Sara Ramíez, who will play stand-up comic and podcaster Che Diaz, played by actor Sara Ramirez.

As for whether or not HBO is just teasing us (get it?) or whether we really will finally see the end of Carrie and Big, we’ll have to wait and see. In the meantime, see if you can find any clues in the preview, below.