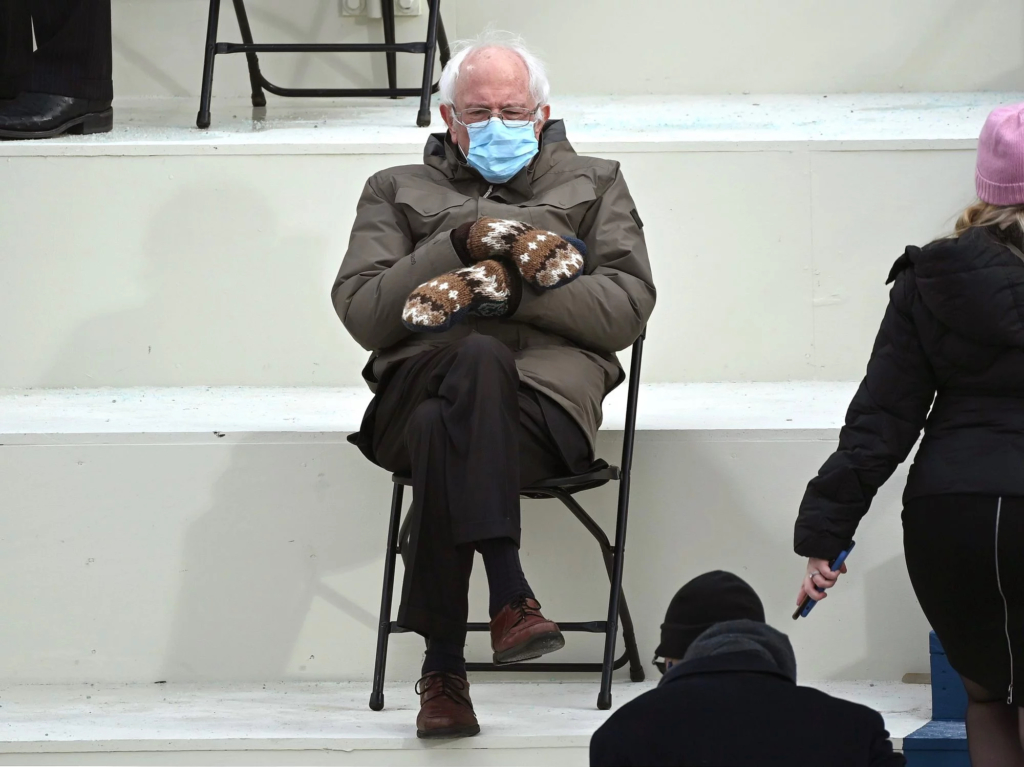 Remember at the beginning of this year, when things were super bleak, we were all still locked in our houses, hadn’t seen our friends (or put on real pants in almost a year)? And then, there was one, beautiful bright spot in all of our lives, like the gods knew we needed some positive reinforcement, so they gave us, a grumpy-AF looking Bernie Sanders, masked and mitten-ed, just waiting to be memed. And memed he was. That masked dude ended up literally everywhere, from the Friends couch, all the way down to Forks, Washington, then down to Compton, then over to the moon. 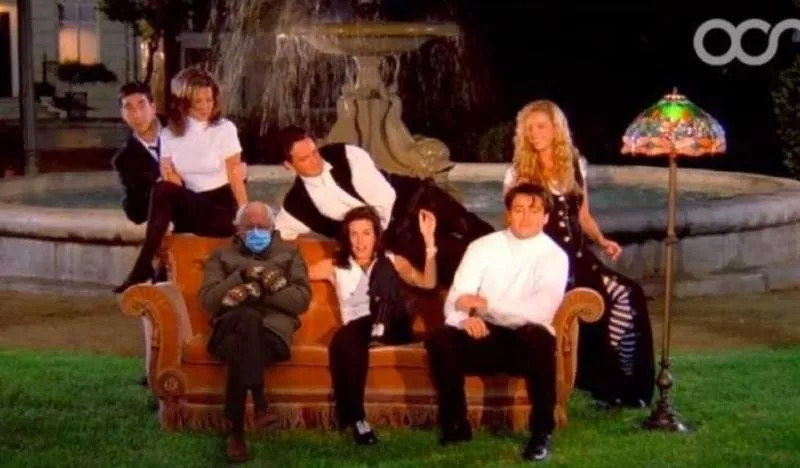 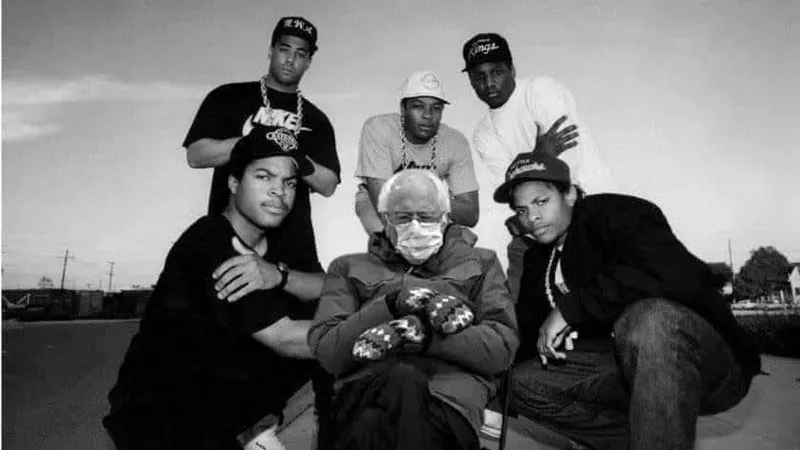 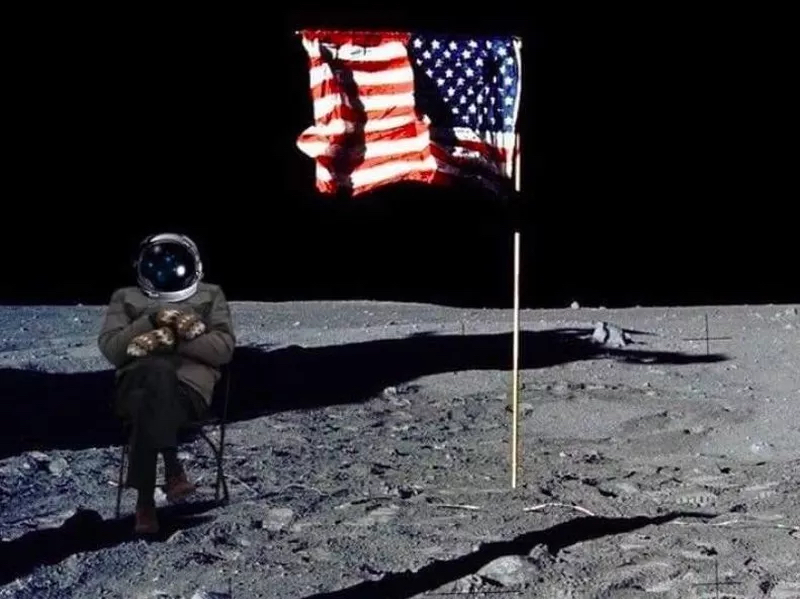 Well, I guess it’s no surprise then that you, too, can be Bernie for Halloween. I mean, we were bound to see a whole lot of mittens this October… but we didn’t think we’d see many sexy Bernies. That is, until Dolls Kill revealed their “Once Again Asking” costume, which comes complete with a gray puffer, face mask and knit mittens… because of course this is happening. 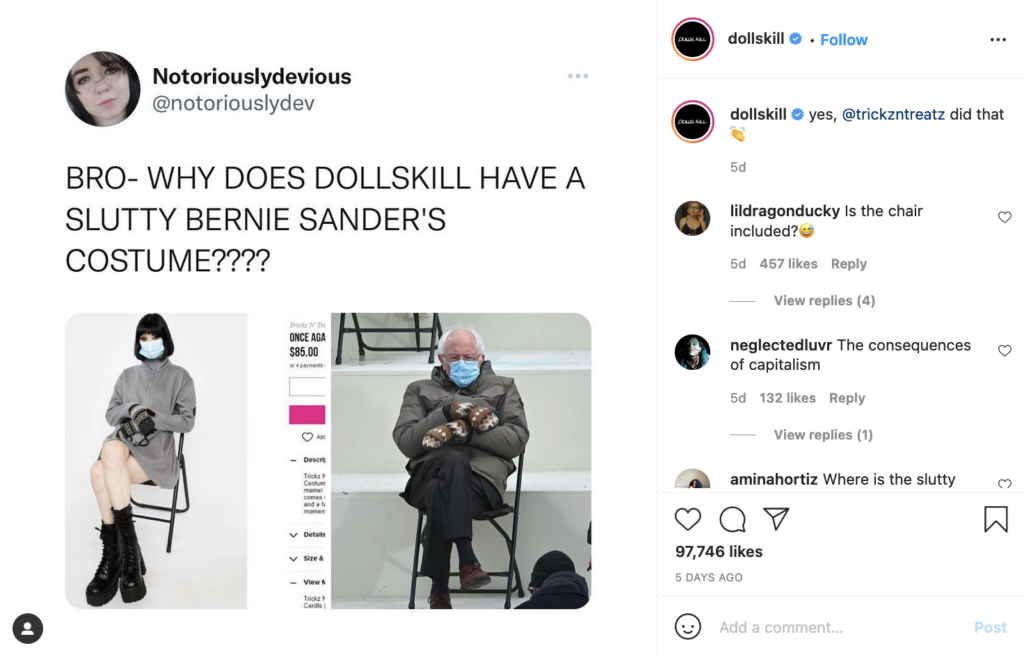 To be fair, we’ve seen plenty of sexy whatevers on Halloweens past. When Joe Exotic came out, there were too many sexy Carole Baskins to count and with You season 3 coming out next week, we might get a few sexy takes on another killer Joe. But sexy Bernie!?!?!?! Really.

The internet never ceases to amaze us, for real.

If it were us, we’d want to do a Kardashian-style group costume with all our friends as Bernie in The Breakfast Club. Just saying. 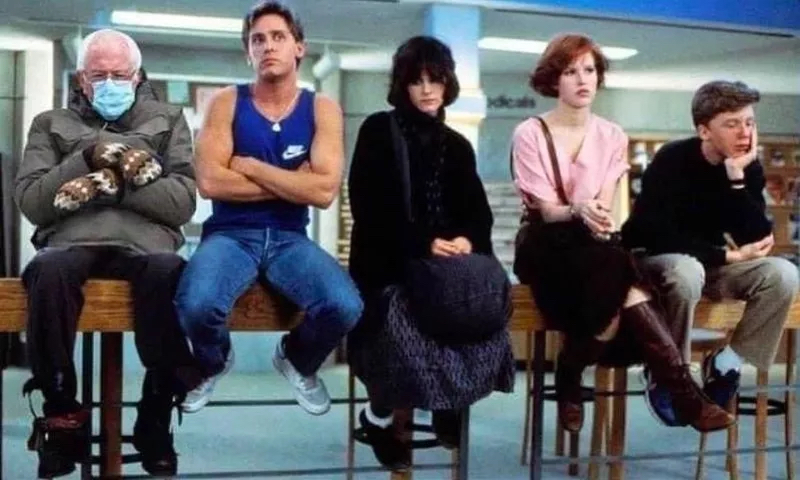