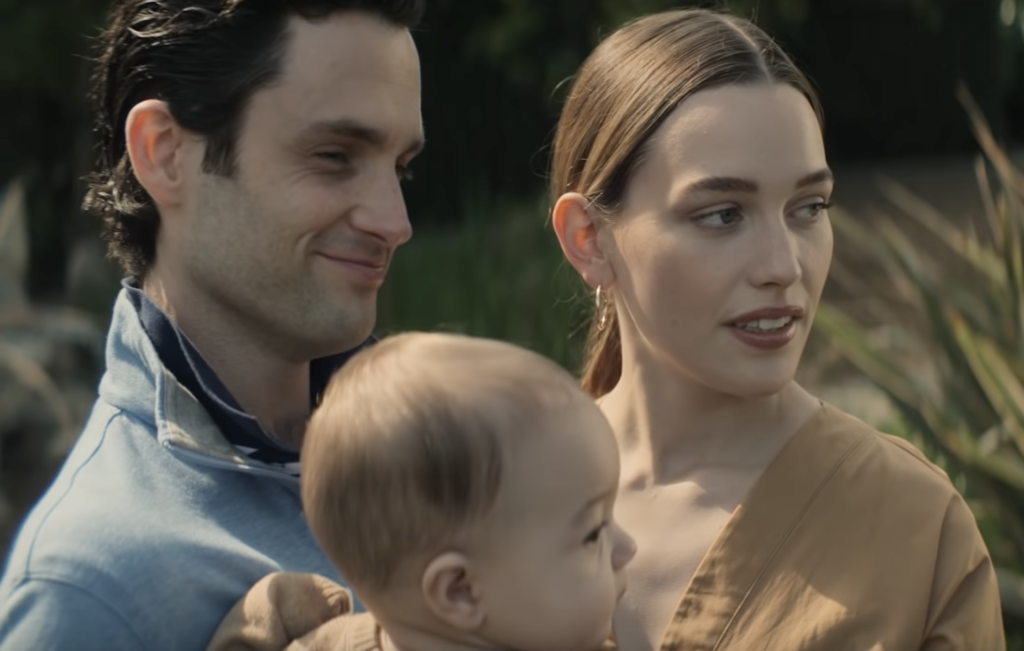 We can’t believe it’s been two whole years since we announced there would be a You season three. But don’t worry Dan Humphrey stans, the time has finally come… our favourite stalker Penn Badgley is back as Joe Goldberg — or, whatever his name is — for the long awaited new season of the Netflix thriller.

Out October 15, season three will follow Joe down a whole new path. Major spoilers ahead!

If you didn’t watch the last two seasons of You (or if you just can’t remember because it’s been so long): basically, Badgley plays an even more unhinged version of Dan Humphrey where he stalks girls and murders a lot of people. In Season 2, the object of his affection, coincidentally named Love, turns out to be even more unhinged than him… and at the end of the chaotic AF season, we find out she’s preggers with Dan, err, Joe’s baby.

So, season three picks up exactly where we left off: with Joe and Love, well, in love, and in desperate need of a fresh start. So, they move to the ‘burbs in a town north of LA called Madre Linda. But Madre Linda isn’t as much of a chill small town as it seems, and Joe and Love haven’t changed too much, obvi, despite our new daddy telling his young son, “For you, I change. I’ll be a man you look up to. A man you will be proud to call dad.”

We’re not so sure of that.

In the eerie trailer, we see Joe, Love and a new cast of favs, including Shalita Grant, who played the amazing valley girl lawyer Cassidy in Search Party, and Tati Gabrielle aka the iconic Prudence from The Chilling Adventures of Sabrina, dealing with murder, mystery a bunch of basic bitch lattes and Lululemon leggings (no shade!), all set to a creepy cover of Britney Spears’ “Baby One More Time.” To quote another Brit hit, despite Joe’s desire to change and be a good dad, it seems like, Oops He Did It Again… as the trailer ends with mommy and daddy digging a grave while Love reminds him: “Til Death Do Us Part.”

Watch the trailer below while we count down the days until the premiere.