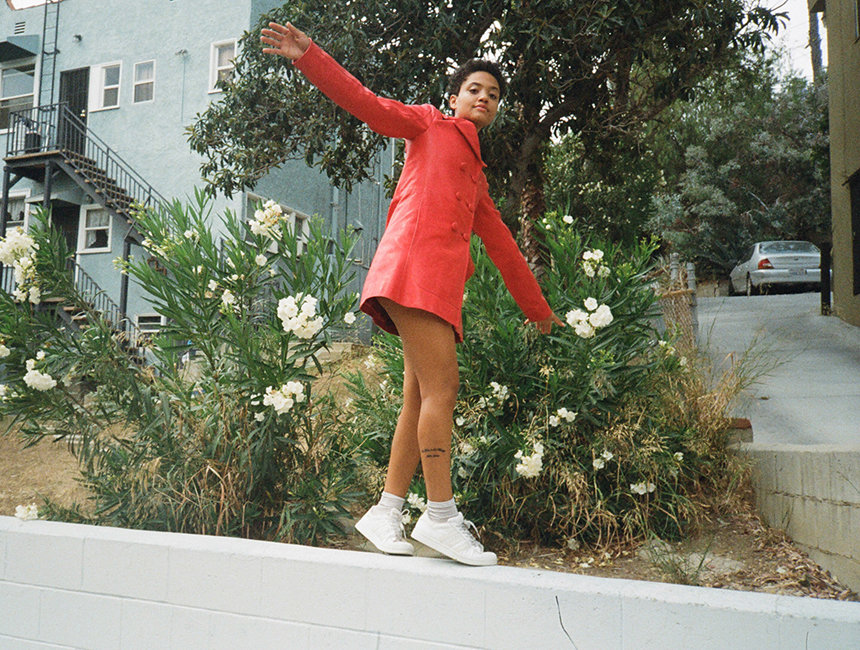 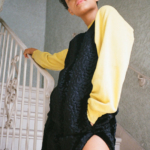 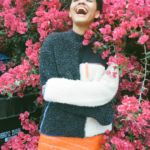 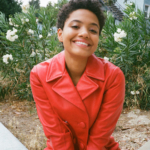 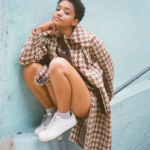 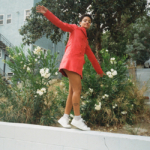 For Oyster #107, Contributing Editor Jerico Mandybur caught up with Kiersey Clemons to talk romance, feminism, marriage equality and more. Read an excerpt here and pick up a copy to see the full story.Kiersey Clemons is the girl Trey Songz butt-dialled in the video for ‘SmartPhones’. She’s also the girl Winston has a crush on in New Girl. But it’s the 21-year-old Disney Channel veteran’s debut film role in Rick Famuyiwa’s Dope that earned her a standing ovation at Cannes alongside co-stars Zoë Kravitz, Shameik Moore and A$AP Rocky. We called her just as the US legalised same-sex marriage.Jerico Mandybur: The Supreme Court’s decision on marriage in the States just happened. What do you think those changes mean for the US?
Kiersey Clemons: It means so much. That’s a hard question, actually, because for some reason my mind automatically goes to the people that are not happy about it.Yeah, of course.
I was talking to my uncle about it earlier and he’s gay and we were saying we live in Los Angeles so we can go out today and celebrate and be surrounded by people and it’s nothing but love and excitement, but if you go to another part of America there’s people probably setting things on fire, and [the ruling] doesn’t even affect them in a negative way. I think that’s the most important part: hopefully people realise someday, “How is it affecting me?” Those old-school people that are mad about it — I know there’s a pastor in Texas who said he’s going to set himself on fire! [Laughs] I think he’s going to eventually realise, “Wait, why would I do that? Why would I set myself on fire? This has nothing to do with me; gay people getting married is not affecting me in any negative way.”Do you feel you have a stronger connection to the LGBT community after working on Dope and Transparent?
Definitely. I felt like after I did Transparent I had a better understanding of the community and how long they’ve been fighting — not just for rights but to live, to be respected as human beings, because there are some people that look at our trans women and men and think they’re animals … I think even the people that support the LGBT community forget how deep it is. We have to keep fighting for understanding and it’s going to have to be consistent; it’s going to go on for a while. I’ve been really lucky to be able to do things like Dope and Transparent and not have to verbally say, “This is what I believe in; this is what I’m fighting for,” because I’m a part of those changes. Transparent has made such an impact and influenced people like Caitlyn Jenner who can now influence a bunch of other people — this domino effect.

Do you feel that’s a really important thing to consider when you’re choosing your roles? You seem to choose roles pretty wisely, does that ability for the arts and stories to effect change always stay in your mind?
Yeah, it’s crazy because I didn’t plan to do Transparent and then move on to Dope — it happened that way. It was kind of like the signs you get in your own life and you’re like, “OK, I think this is something I should make a priority,” and I’ve always wanted to be able to do something with my platform. The fact that my job correlates with the things I’m an advocate for and the people I love … It’s helping me to realise, “OK, this is what the universe is telling me I’m supposed to be doing; this is what I’m supposed to be involved in.” I don’t know what the next role is that I’m going to get — I don’t intentionally pick things to all go together that way, but I’m sure they will because so far they have! [Laughs] It’s pretty cool.

Dope has been getting a lot praise so far. What made you want to be part of it?
I read the script and I noticed the conversations were real; they were conversations I have with my friends. A lot of the time I read things and I’m like, “This is weird, this isn’t how people my age talk to each other.” So that really grabbed my attention and obviously as you get further into the script you start catching onto a lot of the serious topics that we cover, but we cover them so lightly in a way that you can take them in without feeling like we’re changing opinions on things and it seemed like a movement, almost, that I got to be a part of. And I got to play a lesbian.

This is the Romance issue. Do you consider yourself romantic?
I don’t think I’m a cheesy romantic, I think I’m a fun, hopeless romantic. I like relationships, I like love, I’m very passionate, but I’m not much of a fairytale-ending type of girl. I kind of just let life happen; I don’t really have a plan when it comes to, “Oh, I’m going to get married at this time and I can’t wait to have a boyfriend.” I’m not really like that, because I think everything happens when it’s supposed to. At the same time, when I do have a crush on someone I’m a psycho!

So you think about them obsessively?
I just very much appreciate the people I love — I’m also like that with my family and friends. If you’re dating me you’ll see I’m also obsessed with my sisters and friends, so I guess it’s not that creepy! The other day I was telling someone how exhausted I was and they were like, “You’re always so tired because you put all of your emotion into everything.” I never understood why I’m always so tired — it’s not physical activity, I’m just constantly loving as much as I can.

That sounds draining.
Yeah, but I also take a lot of time for myself. I think a lot of people forget to. A friend was telling me the other day, “I woke up feeling so shitty, which sounds pathetic, but I want a boyfriend. I’m just exhausted and tired of having to live by myself.” I was like, “Look bitch, you’re by yourself until the day you die so you have to find a new way to love yourself. If that’s buying new underwear that makes your butt look good, if that’s sitting down and reading a book.” Whatever is a new way to treat yourself, do that, because a boyfriend or girlfriend can leave you. He may show you a new love and the next thing you know it’s gone and you’ve cut yourself off and you don’t know what to do. That’s the scariest thing ever. I think all girls have been there before. I’ve been there and I’m not going back.

So you’re your own partner.
Yeah! You don’t need a boyfriend; you have to be treating yourself. I buy myself flowers. When you’re dating someone and they see you buy yourself flowers, they start buying you flowers, thinking, “She shouldn’t have to buy herself flowers!” Then you have even more flowers.

You’ve got to set the bar yourself.
Exactly! They’re like, “Wow, I have to love her more than she loves herself.” But it’s never going to happen. [Laughs]