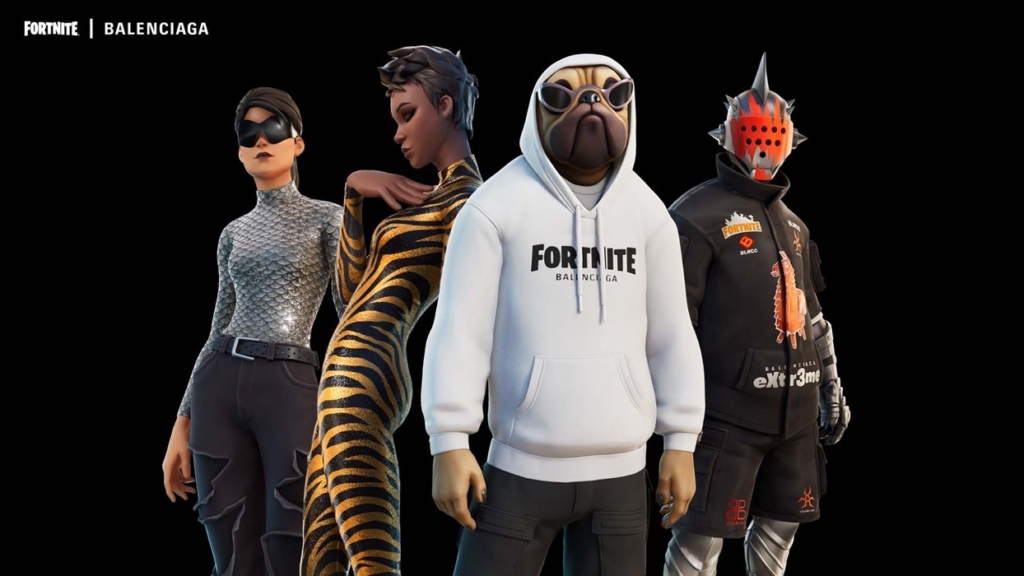 If there’s one thing we know about Demna Gvasalia, it’s that he loves a good collab. At Vetements, the designer has worked with everyone from Carhartt WIP and Hanes to Juicy Couture, Canada Goose, Manolo Blahnik and Umbro, to name a few; and since taking over as Creative Director at Balenciaga in 2015, he has collaborated with both Crocs and Gucci. Now, the designer has unveiled his latest partnership: a collaboration with online video game Fortnite.

Announced earlier today, the collab will include both in-game looks and IRL clothing. In-game, there are four new Balenciaga looks, including one character, Knight, in a pair of futuristic boots from the brand’s Fall 2021 collection, and another character, Doggo, wearing a Fortnite x Balenciaga hoodie you can buy IRL alongside a pair of the brand’s signature cat-eye sunglasses.

As for the real world drop, you can cop a Fortnite hoodie, t-shirt, button-up, denim jacket or hat in red, white or black colorways. You can also grab a pair of the cateyes seen on Doggo, as well as Knight’s boots, their Everyday Backpack or sock sneakers (that were pretty much made to be in a video game if you ask me), that will be available as custom looks in-game.

Of course, this is not Balenciaga’s first foray into the video game world — or their first collaboration with Fortnite’s creator, Epic. The duo partnered up on Balenciaga’s own Afterworld: The Age of Tomorrow, a mini-game they launched to debut their FW ’21 collection.

“From there, we have continued to be inspired by the creativity of Unreal and Fortnite communities,” said Gvasalia in a press release. “It made total sense, to me, that we collaborate further by creating these authentic Balenciaga looks for Fortnite and a new physical Fortnite clothing series for our stores.”

I mean… I’ve never played Fornite (yet), but this is as good a reason to start as any. Also, with the way things are going in the world, we could all probably use some fantasy.