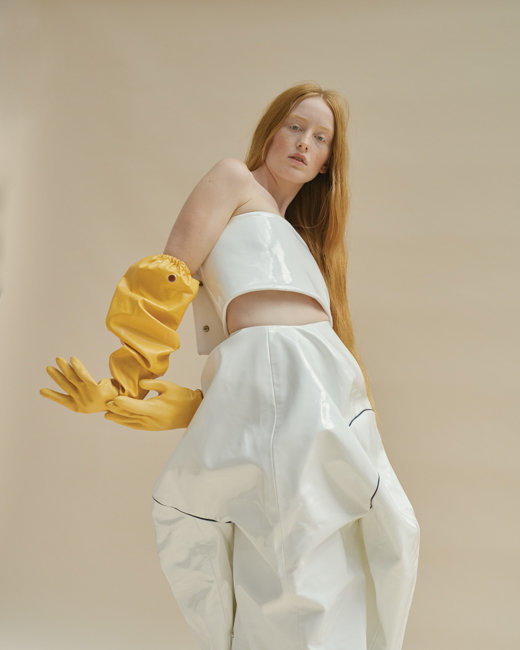 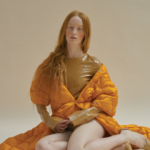 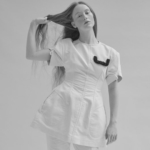 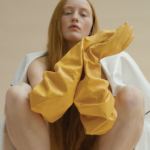 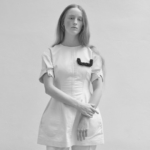 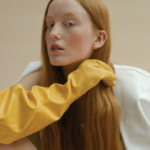 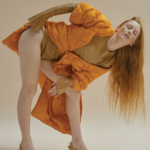 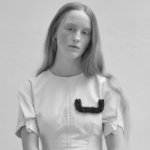 One of a crew of young NYC artists, India Menuez is carving out a place for herself with a sense of freedom and fluidity typical of her generation. For Oyster #109, we called her up to chat about her successful year — during which she’s appeared in White Girl and landed a curating gig at MoMA PS1 — and her vision of a more productive tomorrow.

It is with undeniable charisma and a gentle kind of magic that artist India Salvor Menuez has attracted creative pioneers such as photographer Ryan McGinley, designers Eckhaus Latta, director Jill Soloway, and the curators of MoMA PS1 into her orbit. A combination of feminism, friendship and fantasy collide naturally within Menuez, eventually realising itself through her work, which involves movement, curating, writing and, more recently, acting. All the while, Menuez is quietly shunning any preconceived ways of working, leading with a radical, artistic voice.

Yasmine Ganley: It can really be a debilitating notion for young creatives to try and find just one place to put their voices. Why do you think you and your peers have naturally gone against the idea of committing to one singular outlet?
India Salvor Menuez: To reject forms of singular identity feels essential. It has anti-capitalist implications and anti-binary implications that resonate for me — and kin — as necessary, but beyond that it just feels more honest.

What are your thoughts on creating a community within the arts industry? Especially seeing as it has always seemed an environment that heroes singular people or works…
I’ve never identified as the artist all alone, locked away in ‘his’ studio. Yes, there is solitary work to be done, but when you make art to show, it seems short-sighted not to investigate the potentiality of the audience — not just that, but also realising that [how art is seen] effects it. So I think it’s good for the work, and also the world is too fucked for us to go through it alone. Art has so much power to incite productive dialogue around making the world better.

Why are you are drawn to performance based art?
Seeing as I’m interested in what comes out of the exchange of work through its viewing experience, the realm of performance is the material that delves directly into that.

What are your thoughts on fantasy? Is this an idea you often play with?
Fantasy as a poetic or metaphoric depiction of reality cuts through to me more. By removing dynamics from the familiarity of ‘reality’, a different kind of vulnerability is dug up. All fantasy to me is a direct reflection of reality and, often, a more interesting one than just showing an audience what they already know. There is a lot to realism [in my work] too, but fantasy has always spoken to me since I was little, in a way that nothing else can.

Apparently 2016 is the final year of a seven-year cycle and 2017 is the year to start something fresh. If this is the case, what are some things you are hoping to bring to life next year?
Hmmm… I am curious about what conclusions this year will leave us with as I feel like that will have to inform what starts next. This year has felt so dystopic: the peeling away of the veil. The web of intersectional injustices between race, class, gender, et cetera has grown to such a high heat. I am hoping for more peace on this planet. In terms of projects, I am looking forward to seeing how the show [I’m working on] in February at MoMA PS1 [in New York] goes. It’s called Crumbling World Runway and all the artists making work for that are really incredible. Another thing I am excited about is that I have a role on the new Jill Soloway show, I Love Dick. I really believe in the whole team behind it. I’m excited to finish shooting the first season and have it out in the world next year.

I Love Dick is based on the book by Chris Kraus — a wonderful example of an artist who blurs the line between realism and fantasy…
Of course I love the book, but beyond being a singular work — and especially now working on the show — there is a feeling of the book being a call-to-action rather than a final statement. I always love art that can do this — that beckons you to continue the conversations it sparks. With I Love Dick, there are so many layers on the task of dismantling patriarchy. The most exciting part is that the female gaze isn’t just the male gaze flipped upside down; we need to create a totally new language. I read I Love Dick and I think of the Yvonne Rainer book Feelings Are Facts. The history of the world so far is full of brilliant women silenced. Forget brilliance — women in general silenced, and still every day. The call-to-action I hear in work like I Love Dick is that my voice as a woman is valid, valuable and deserves to be heard, and that I can tell my story in my own way.

What would be one of the most important lessons you have learned thus far that you will take with you into the future?
That fear is poison and choosing actions from love is key.