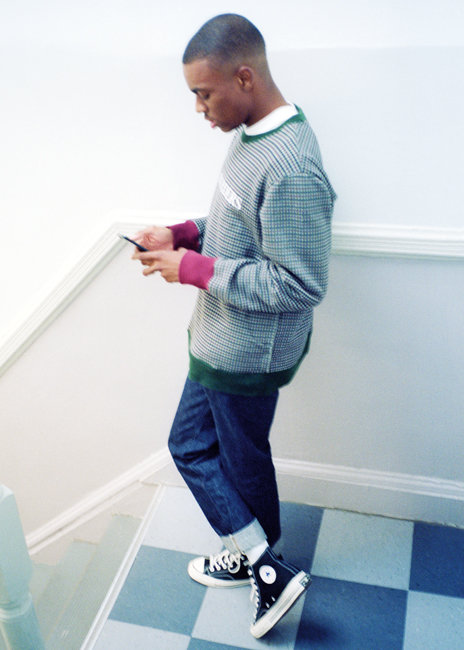 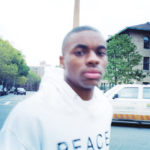 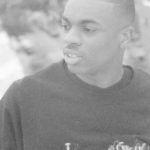 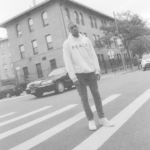 Despite making some pretty turnt music, Vince Staples is a laid back guy. For Oyster #109 we met up with the relaxed rapper to talk delicious cheesecakes and dumb expectations.

Vince Staples is rap’s antihero. More concerned with getting on with his job than getting lit, he cuts a polite and enigmatic figure. Physically, too, his look is unremarkable and unadorned — white Hanes tee, Levi’s 501s, Converse All Stars and not a diamond in sight. But despite his downplayed demeanour the 23-year-old from Long Beach possesses a magnetic aura underpinned by a sophisticated musical output, making him one of the most exciting artists of today.

Music, he stresses, is simply his vocation and more importantly a conduit for philanthropy. “You gotta hit niggas with positivity,” he says standing on a rooftop in Brooklyn; waiting to be photographed, tired and gentle, rubbing his eyes and squinting against the midmorning sun. He might not shout loudly, but he’s certainly the voice of a generation.

I didn’t think about being a rapper… not till I started getting paid. When I started getting paid I was like, “OK, this is amazing income.” And that’s what it still is to me — in a positive sense. It’s what keeps me interacting with it in a professional manner, not really in a selfish way. It’s just work. And when you can help other people… It’s philanthropic as much as it’s therapeutic. There’s many ways you can look at it but I don’t look at it any way; I just do it.

I don’t even know if [the philanthropy] needs to be [through] my music. I just know that it’s important to help kids and to speak about the economic struggles and the disadvantages in certain areas and among certain types of people. Songs are songs, don’t get me wrong, but you recording a song isn’t you standing in front of a city council or a city board trying to solve those problems, you know?

[I’m working with] the music and technology program at the Youth Institute of Greater Long Beach through the YMCA. It’s helping kids learn the different facets of music. Everybody can’t be the pop star or the rap star but there are many ways of becoming part of the music industry. I just wanna teach kids how to do the things that they love.

I’ve read a lot of bullshit [about his second album, Prima Donna]. Like, “Ooh, you’re supposed to listen to it back-to-front” or “It’s about selling your soul and stuff,” and I think that’s cute; I like that people have interpretations on music. It’s about life, as all things are. It has a short little thingy to go with it, a film… It kind of helps explain it further. I would advise people to watch that before you listen to the music and then it will make more sense.

I don’t know why it’s such a big deal [that I don’t drink or smoke]. I think it should be more of a big deal that everybody’s a drug addict [who] consumes an illicit substance that can harm their body. I think that’s the conversation. “You don’t do drugs? That’s crazy!” People are fucking stupid. Not that there’s anything wrong with it, it’s just the fact that we assume that everybody does something illegal. It just shows what we think of each other. I’ve never been high or drunk; I don’t feel the need — cheesecake is delicious.

Tomorrow I have to do more interviews and a radio thing. That’s my tomorrow. My tomorrow is my today. It gets pretty routine. I’m still trying to figure out [what I believe in]. I just go with the flow. Do I need to care about certain things? Yes. But I’m 23 years old, you know? Maybe one day I’ll grow the fuck up — maybe I’ll do those things that they suggest in the comments thread. — As told to Natalie Shukur.