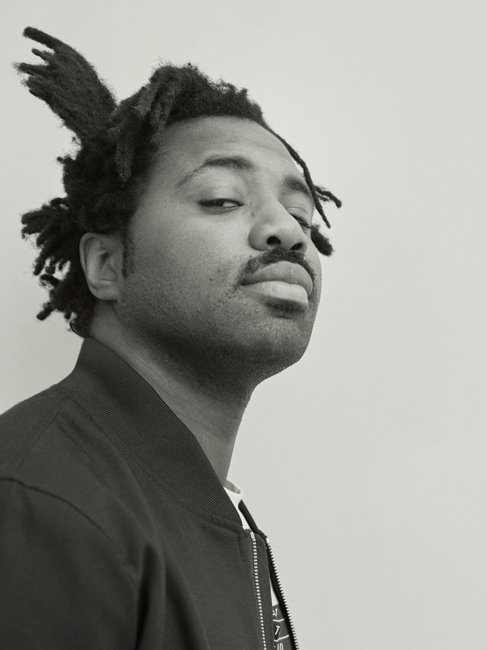 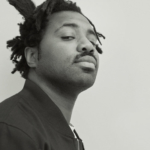 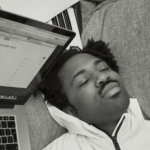 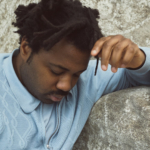 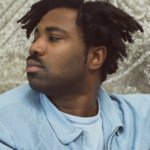 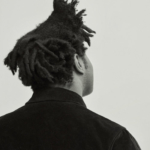 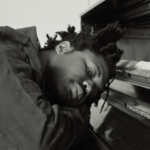 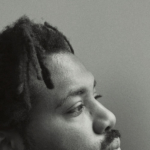 Producer, singer and songwriter Sampha Sisay talks about growing up with five brothers, making sad songs and his (secret) sense of humour for Oyster #110: The Club Issue.

Family is a type of club that most people are members of, if only by default. There’s a bit of wriggle room — I don’t really hang with my crazy aunt Dorris who believes homos will cause the apocalypse, for example — but mostly you’re stuck with ’em. For British producer and singer-songwriter Sampha Sisay, family has been especially influential: His dad bought him a piano when he was little; he learned about music by borrowing from his brothers’ record collections; one of those brothers even built him a makeshift studio when he was a teenager! His debut album, Process — the critically acclaimed follow-up to his 2013 solo EP Dual — explores the time leading up to and immediately following the death of his mother, who passed away in 2015 after being diagnosed with cancer five years earlier. He is also known for collaborations with major artists like Kanye West, Solange, Frank Ocean, The xx and Drake — projects on which he announces himself with the same inward-looking, soul-searching, heart-rending style that characterises his solo music. But he wants you to know, he’s not sad all the time.

This interview is for Oyster’s club-themed issue. It’s all about family and community and working together.
Okay.

You’re known for doing fantastic collaborations, but your own music is super introspective. Do you prefer to work alone or with people?
I think it depends on whether I get to be with someone in a physical space. I like to work face-to-face. I find it hard to collaborate via emails, or whatever. I guess I find it easier to work on my own music ‘cos I’m just kind of doing my own thing and I have patience for myself.

Would you say you’re a “fan” of the people you work with?
I definitely have been a fan at some point in my life of some of the people I’ve collaborated with, like Kanye West when I was a teenager. And nowadays I still appreciate his music, but it’s always different once you’ve met someone. You know, I’ve found a different type of respect [for those people].

Is there anything that’s a deal breaker when you’re working with someone? Like, they wear Axe deodorant or chew loudly?
Not really! Nothing too strong. There are times when I work with someone and I might be asked to do things that I’m not really able to do, or to write something in a particular time frame or a particular style or in a way that I’m just not good at doing. I’ll just have to be like, “I can’t do that.” There’s been times where it’s been hard to communicate why I can’t do something and people must think, “Why can’t you just…”

Do you think a lot of people know that you produce your own music as well as doing the singer-songwriter kind of thing?
I think they do. I don’t know if they know to what extent I do. I used to get stressed about that but I don’t anymore.

I read somewhere in an interview that you had said something like, “I wish people knew I had a sense of humour” or “knew the lighter aspect of what I do”.
Yeah, sometimes I feel restricted by this section of myself that comes through in my lyrics and how people view me because of that. It’s because I don’t show that other side of myself as much as… You know, I think a lot of people view me as… Kind of… Extremely sad [laughs]. It’s kind of more that my album is me expressing a side of myself. I think that other side of me comes out more in production rather than lyrics. It’s just cause of my voice really. It’s got a particular kind of feel and it doesn’t really lend itself to joyousness or something like that [laughs]. But I see it a lot in my productions; that’s where the more optimistic side of my personality comes out.

Have you heard any good jokes lately?
You know I was thinking the other day that I’d like to look up some good jokes on Google, to kind of…

Inject into conversation?
Just when I’m doing my sound checks. I haven’t read a good punch-line joke in a while.

Is there any particular person that maybe you haven’t discussed publically before who’s been really influential in your life?
Yeah, I mean… My brothers, really.

You’re the youngest of six?
Of five. So I’ve got four older brothers. They’ve always held things down whenever I’ve been away touring. They’re always supportive and they’ve never tried to put too much on my shoulders and they let me do what I do. They’ve been supportive of me throughout my life, really. They’ve given me the kind of confidence to do what I do.

I can’t even imagine what it’d be like to have five brothers. I feel like they’d beat me up all the time.
Yeah, well these ones are so much older than me. My oldest brother is 21 years older than me and my youngest brother is twelve years older than me. They’re so much older than me that they also sort of helped raise me. You know, they’d all moved out when I was pretty young. Or if they were living at home they were out most of the time anyway. I was lucky to be around them and all the music they left around the house. I started producing at my brother’s house. I’d go ’round to their houses and play their guitars or their keyboards and just stay there over the weekend. Listening to Brian Eno or whatever at one o’clock in the morning. They really shaped me.

Are your brothers also musical? Can they sing or play instruments?
Yeah. They’re quite musical in their own ways. One of my brothers is more the DJ, my other brother would be more like another singer/songwriter, my other brother is a bit more of a dancer. They all kind of express themselves musically in different ways. And I’ve got a lot of nieces and nephews and they really keep me grounded because I’ll show them my music and they’ll go, “Ugh! You’re making that country jazz again.” [Laughs.] There’s nothing wrong with country and jazz music, by the way — I love country and jazz music!

We’ve got time for one more question.
Better make it a good one!

If you were going to start a family with one musician, dead or alive, who would it be?
Oh god. What a helluva question! I’m thinking it’ll have to be someone where it’s not actually even possible, so that my girlfriend doesn’t get mad.

One of my favourite writers Jason Crombie used to have a column called “Foxy But Dead”!
[Laughs] Yeah, that’s perfect. Actually, for some reason I keep thinking Diana Ross. She’s the one!