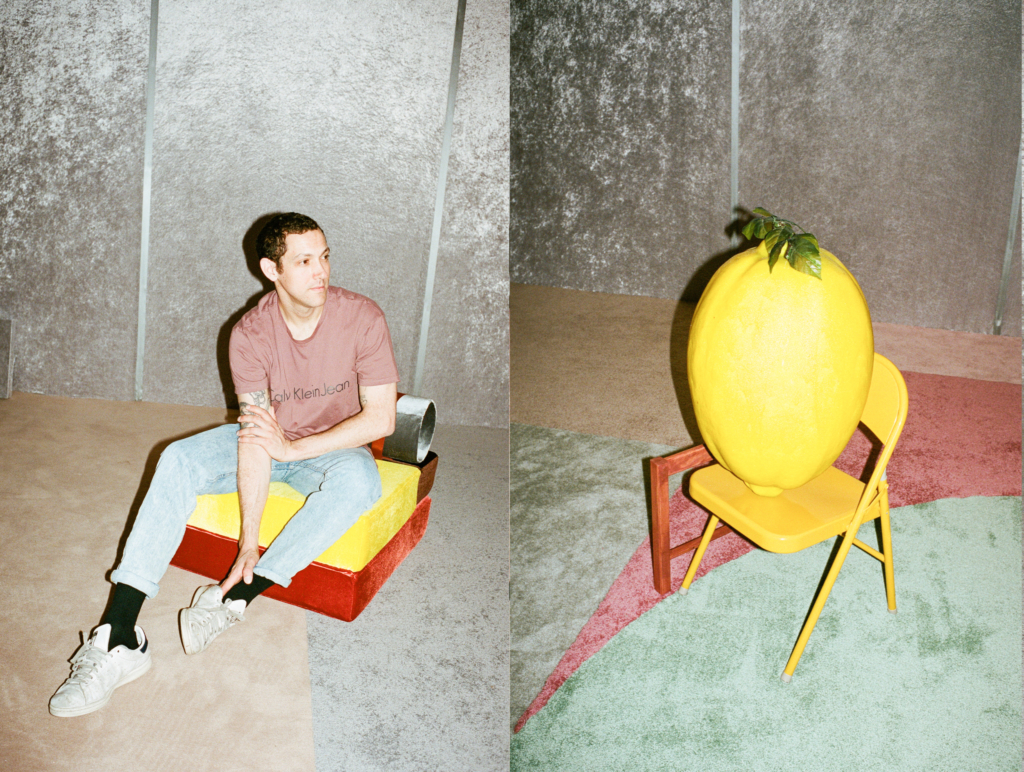 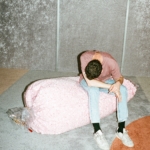 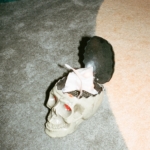 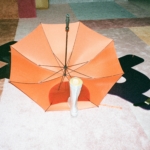 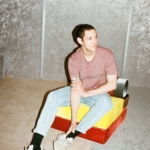 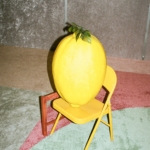 In artist Alex Da Corte’s favourite episode of The Simpsons, Homer refuses to stop eating a ten-foot sandwich. He hides the hoagie for weeks, secretly still indulging even as the sandwich becomes grey and sprouts fungus. As a result, Homer develops a nasty flu.

Philadelphia-based Da Corte — who is known for his immersive, surreal installations and films, featuring quotidian objects he collects from thrift shops, bodegas and sidewalk sales — not only recreated Homer’s super-sandwich for a 2013 exhibition, he also got a commemorative tattoo.

The significance of the hoagie — and justification of the tattoo — ­is both artistic and personal. “At the crux of the episode there is something about relationships that’s so beautiful,” he explains. “If you’re a person who is hiding a wet hoagie behind a radiator, like Homer, and you find yourself in love, there is a bit of a ‘take me as I am’ attitude… In a way, I think it’s a great descriptor of myself: ‘As-Is wet hoagie. Take me as I am.’”

In many of the stores Da Corte visits to source his materials, there’s also some kind of As-Is section — “It’s where the stuff is beaten and bruised, but if you want it, you can take it.” Liberating these consumer products from their everyday functions and meanings, Da Corte re-contextualises dollar-store stuff as formal sculpture. The objects become his props and his actors. Through them, he explores desire, intimacy, and alienation. Through them, he feels out fantasies.

While taking a break from installing his latest exhibition Slow Graffiti at Secession in Vienna, Da Corte speaks with me about horror films and the meaning of objects.

Can you tell me about your relationship with fantasy and myth as a child?
I was obsessed with cartoons and all things animation. I think it was in 1990 when Jim Henson, Shel Silverstein, and Dr. Seuss all died, and it kind of, like, destroyed my life [laughs]. My mom was really into horror movies and Halloween, so I grew up enjoying that dark humour. We’d watch the original King Kong and The War of the Worlds, tons of Hitchcock films, as well as full-on scary movies like Alien, The Exorcist, and Halloween. They were huge on repeat in my house and it fed this enjoyment of macabre or grotesque things. I also loved The Dark Crystal and Tim Burton’s Batman movies, and I remember reading a lot of Goosebumps. Right after graduate school, I reread every single Fear Street, which was a lot about teen girls totally afraid to answer the phone. I liked being scared, so I could get into that kind of fantasy storytelling.

You’re showing a new film in Slow Graffiti. What’s it all about?
It’s a shot-for-shot replica of a 1967 film called The Perfect Human by Jørgen Leth. The original film starred a man and woman, and loosely describes how a perfect human behaves. It’s black and white, and very clinical — set up how you imagine a Richard Avedon photograph would be. It shows a man getting dressed, a woman brushing her hair, a man dancing. They’re eating together, they’re making love. At the end of the film, the man is eating alone, and says, ‘Why did you leave me? Why did you go?’ — I remade those shots, but instead of it being a man and a woman, it’s actor Boris Karloff and the character that he famously played: Frankenstein.

What urged this exploration?
I read an interview in which Karloff spoke about how the best friend he ever felt in his life was this monster that he played. What if you, as an actor, do befriend a character you play? If you’re only inside of them and not beside them, what does that mean? You can never be in their presence because it’s you. I saw a lot of similarities in the story of Frankenstein and The Perfect Human about companionship and loss. What does it mean to be a maker or a thinker and put things out into the world, and what is our relationship to these things we produce? I see fantasy and our lives as a thin line.

And what’s your relationship to the objects in your work?
Any time you meet anything in the world, you want the best from it, or you want the best for it. You get a dinner, and you want it to taste good. You get a new bracelet or watch, and you want it to work. If you let that thing sit on the shelf for a couple years, what is your relationship to it then? You don’t have to force your wants onto it. It can tell you what it needs. I think that’s a kind of nice thing. The object creates the fantasy on its own, naturally.

So, do you have a lucky charm?
Not a particular one, but I definitely do get attached to specific objects in really sentimental ways. In a show, there’s always one thing that’s my favourite — I’m extra cautious about it and I don’t want to see it go.

‘Slow Graffiti’ is on view at Secession until September 3, 2017