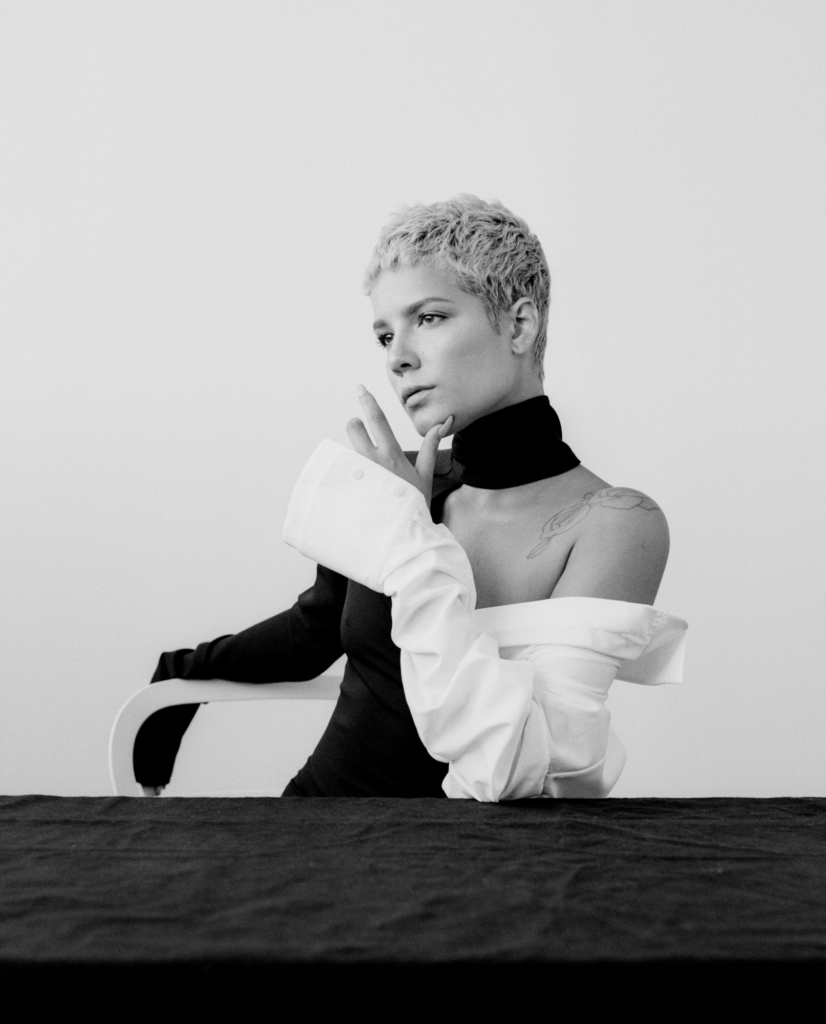 America’s Libran pop princess, Halsey, started summer ’17 right — unleashing a critically acclaimed monster of a sophomore album, Hopeless Fountain Kingdom. From there, girl power season was imminent; signed, sealed, delivered when her and Charli XCX smashed out a Spice Girls ‘Wannabe’ cover that had us weeping for 1996 and BFFs.

With this in mind, I phoned her to chat about the world that radiates around (and within) the record, and the experience of the listeners who live in it. What I got was something more — a backstage pass into her emotional world. We talked about the sensitivity that comes with being born under a Cancer moon and the real friends struggle that comes with being a Libra; about throwing parties and never turning up, as an easy way to make people like you; and dealing with the fated online drama that comes with being popular.

Alex Kazemi: Even though this record has political elements to it, in the world’s current climate was it more important for you to create a world where listeners could leave reality?
Halsey: I love to create a body of work that is more extensive — something like a storyline. In 2017, isn’t an album just a playlist? One emotion to the next, it’s a journey. The audience wants to learn something or to feel something by the end of the record. I want people to reach a point of catharsis when they finish listening to the record. I needed a storyline. I needed it to be consistent. I want you to know how these lovers are feeling. You see them going through this trauma and you see them coming out stronger on the other side. You don’t know how or why but they do and you feel good about it.

You started to write this album because you watched your life sync up to Baz Luhrmann’s Romeo + Juliet — something you were living inside of. Do you ever think about the cycle continuing with your listener’s lives syncing up to Hopeless Fountain Kingdom?
That’s the interesting thing about it. Romeo + Juliet stems from Orpheus, a Greek myth — a very powerful myth. Everything turns into everything. It’s interesting to think about how a film influenced me to make a record, and then this record could influence people’s lives. I meet a lot of people every day who tell me that they lived the experiences on the album, and of the parallels of my experiences that they see in their own lives. It’s a rush. It doesn’t even have to be romantic; any relationship in any area of our life can make us lose a part of ourselves at some point. We always have this ultimatum to choose ourselves, or our own love, over something else. I don’t mean that, narcissistically.

No, I know.
The love you have for yourself should be the purest love of all. 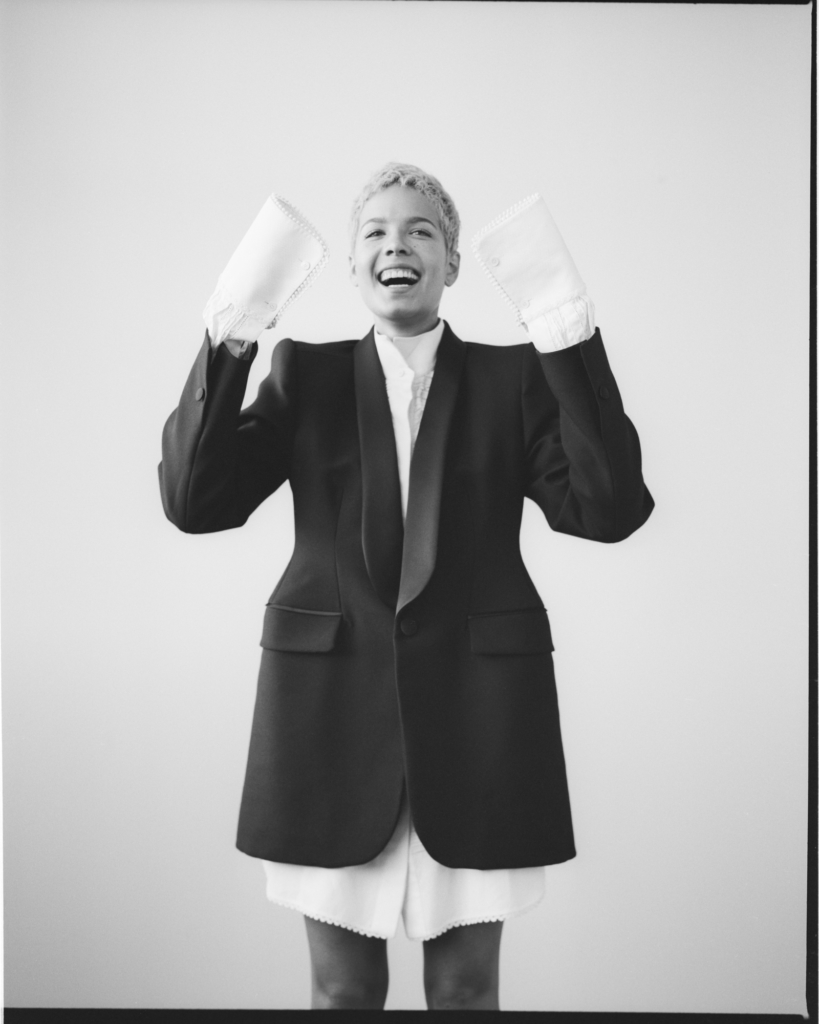 It’s rumoured that you were born under a Cancer moon. Do you believe your sensitivities come from all the water in your astrological chart?
Oh my god! It is hilarious. I do have my moon in Cancer, and you know… I’m so much more emotional because of it. It’s kind of funny. Did you know my mother is a Cancer and my father is a Libra like me? Growing up around her — and viewing her emotional Armageddon as a Libra — was fascinating. You know, being a Libra is about being a creature of duality and I think you can view and feel that through this record. I have my angels, but I also have my demons and I’m not afraid to show people that.

I think ‘Alone’ is an anthem for air signs and it reminds me about how a lot of people our age crush on people’s public images and you know, the pain that these people might not care or have the time for us. I mean, has anyone ever met someone off Instagram and not been disappointed by the ideal versus reality?
You are right. ‘Alone’ is all about the airy Libran experience of being overwhelmingly social but literally being incapable of forming a true organic connection with someone. Because air signs want to be friends with everyone, and everyone sees the Libra girl as Miss Popular… but they don’t know that that girl might not have one true friend at the end of the day.

Is it true that in the past two years you would hold house parties, and go up to your room and sleep while people were wreaking havoc in your home?
Dude, sometimes I would do it when I wasn’t even home. I used to do it when I was away on the road. I think I’ve learned how to control it, though. It was a good way to make people like me without having to talk to anyone. I used to do it all the time when I first got my house because I wanted to observe and watch myself as a young 20-something in Los Angeles and write about it. I also wanted to give back, in a weird way — I wanted to have a space for other creatives to meet and party, and feel healthy. You know, on some Gatsby shit. 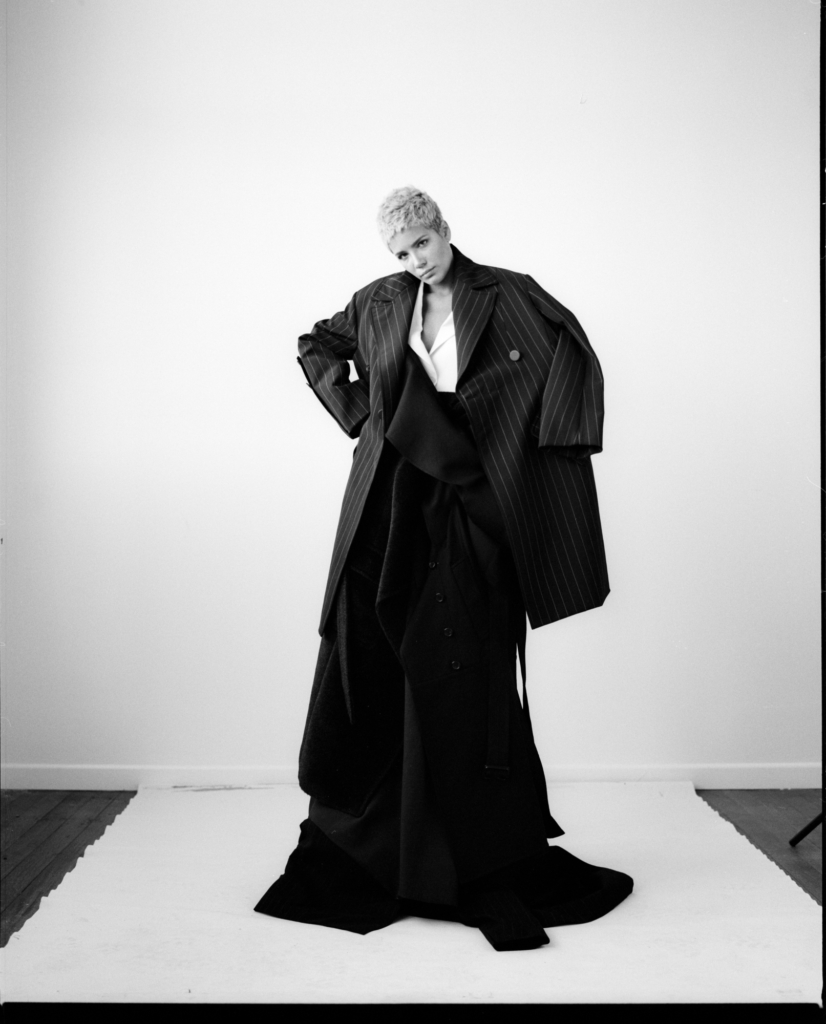 As a writer, it’s important to push yourself into those bizarre experiences all for the inspiration currency.
One hundred percent!

I find the more documentary snapshots of the record to be the most satisfying. The real dark moments, when you aren’t asking for sympathy from anyone… Straight up saying “You and all your friends, all hate me.” It’s real and painful.
People don’t understand that just because I’ve put something in my art, it doesn’t mean I’ve conquered it. Maybe I think I have in the moment but it doesn’t make writing down those things any less painful than living them. It did take courage to write that line. Nothing comes out of my mouth until I’ve made up my mind. I’m not scared of something once I can put it in writing.

Do you ever think of what is even considered ‘intimate’ in 2017? You’ve exposed a lot of yourself in your social media presence.
I have this bizarre quality, where being honest with the press and my fans is actually an exercise in making sure I am keeping myself honest. My mum told me when I was kid: “You tell one lie, it turns into ten, then it turns into a hundred”. I don’t want to live like that. The cost of being honest is not as near as bad as the cost of lying, or putting on a persona. People want me to be fake so bad but I know myself.

I think you’ve been an unfair victim of gay male misogyny online, and been put in this ‘stan culture’ pop-pageant where these young guys are trying to create female competition between female artists. How do you navigate this?
What you are talking about is 100% a symbol of misogyny in our culture. People want other women to size each other up so bad and create all these fake conspiracies all for the entertainment of men on the internet. People need to remember there’s a whole world that exists outside of our phones. On the internet people may want me and Demi Lovato to be in a fight, but in the real world we are talking on the phone for an hour and a half. In the real world, I’m having a conversation with Marina and The Diamonds poolside somewhere. There’s so much shit that people don’t see. People don’t understand how much women in this industry have respect for each other and we don’t want one another to fail. Where is that?

It’s so out of your control.
I know. It’s funny — and I’m guilty of it — but we all choose to ignore this narrative and not engage with it. No one knows how to deal with that culture. It’s way easier to just let these Twitter people pit us against each other as long as it doesn’t affect our real life relationships.

‘Bad At Love’ is your current single, and I’ve never heard a pop song from a pansexual perspective of love being about something we feel on a soul to soul level, and the gender of our lover doesn’t even matter.
There is nothing more that I want in the world than to have that song on commercial radio. I want people to sing about bisexuality or pansexuality as the new normal. It sounds effortless because I was just genuinely recounting the relationships in my head and in my memory, it is just people I’ve loved. My brain doesn’t group my exes as guys and girls, I don’t have categories. This is not shock value, I’m telling how things happened. ‘Bad At Love’ is just the truth for me, and so many others, and we all deserve to be heard.