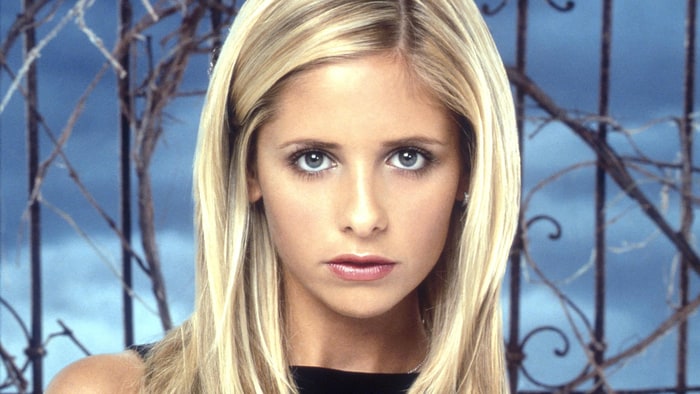 I’m not ashamed to admit that I’ve been binge re-watching Buffy. It started about a week and a half ago when I was feeling really under the weather and couldn’t think of anything to watch because there were no new Housewives episodes on Bravo. I was feeling anxious and usually, the best thing I can do to cure my anxiety (besides, you know, take a Xanax) is find comfort in some sort of 90s nostalgia. That day, it was Buffy. Soon, I found myself all the way into the sixth season and on the musical episode that I’d feel completely forgotten about.

Basically, the Scooby Gang starts breaking out into song for no reason. And because, like, the Hellmouth, that reason is actually a demon.

Turns out Xander summoned it because he thought it would be funny, and Dawn, because she’s a complete klepto, stole the demon’s amulet which brought it to Sunnyvale. But can we talk about the songs for a second?

Sure, I could do without Tara’s witchy lesbian moment, but it’s admittedly pretty radical.

The thing is, I actually hate musicals. But that’s what makes the episode so funny — it’s just cheesy enough to be a realistic portrayal of an IRL Buffy musical, but self-aware enough not to be cringey.