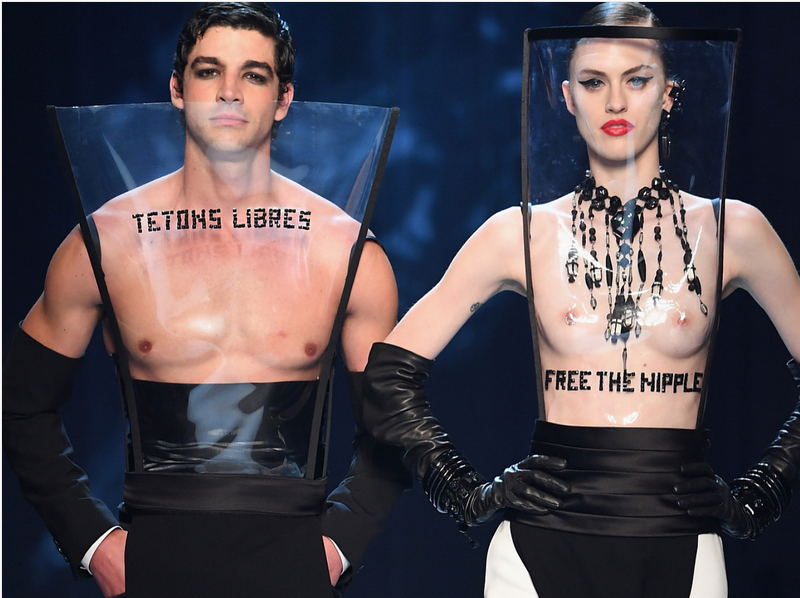 Thanks to Instagram critics @DietPrada, it’s not easy to get away with much when it comes to inspiration anymore. But it’s 2018 — is anything truly original anymore? I’m not sure, but I know that Jean Paul Gaultier is a bit late on his embrace of “Free The Nipple.” Just yesterday, at his couture show, the designer sent models down the runway wearing plexiglass tops emblazoned with the slogan, and while we appreciate the message, isn’t he a bit late?

I mean, the original #FreeTheNipple campaign was launched in 2012, and that (kind of awful, sorry but it’s true) documentary about the movement came out in 2014. So, I’m not sure where JPG has been.

Aside from that, the collection was built around the theme of “Smoking, No Smoking,” which manifested in a bunch of updated smoking jackets, hazy dresses and sheer fabrics. Oh, and a finale look that was basically a giant ball of smoke.

Overall, it was good — and made me want to run outside for a cigarette.