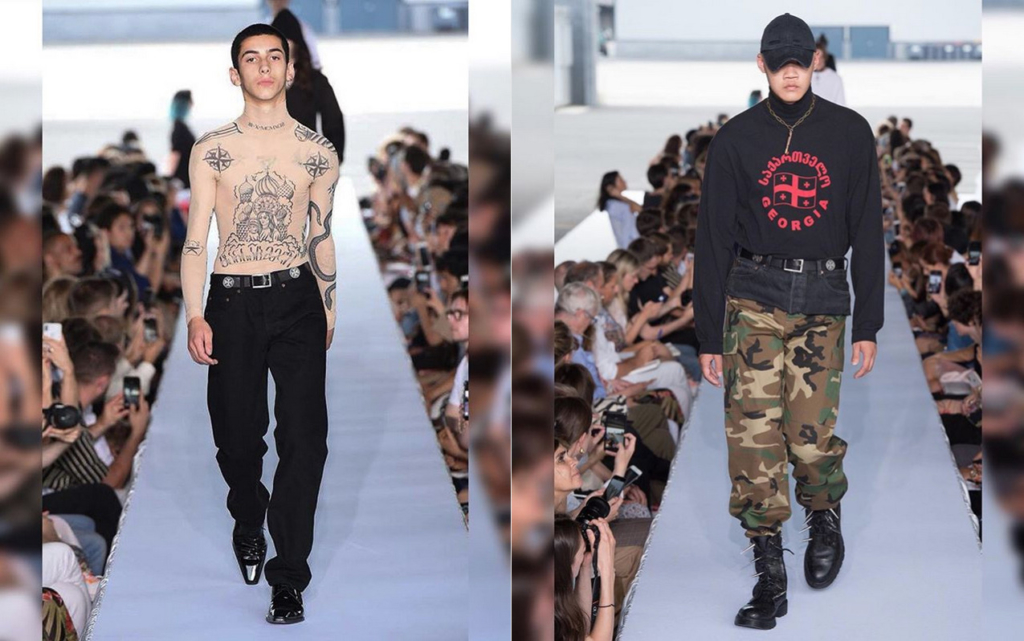 As you probably already know (since you’ve likely seen it on Instagram), earlier this week, Vetements presented their SS19 collection during Paris Men’s Fashion Week. For his return to the runway, designer Demna Gvasalia produced a collection, that among other things (like sneakers that will stab you in the ankles), was an ode to his home country of Georgia.

Inspired by “family and violence,” the collection captured Gvasalia’s feelings growing up during the 1992 Georgian genocide. He used all Georgian models and the collection itself features Georgian imagery, as well as military fatigues (in a more obvious reference to the country’s violent history).

“We cast the show in Georgia, and had over 40 models come from there,” Gvasalia told DAZED. “I use them as a voice for a youth that doesn’t have one, and is repressed by a political regime in that they can’t demonstrate or say what they think. There is no real freedom in Georgia,” he added. “I lived through that and realised it was a very painful time for me, and I needed to put it out there.”

In addition to wanting to create an homage to his country, the designer wanted to educate people about its history and current climate. Enter Vetements’ new phone app.

Yes, you read that correctly. The fashion world darling has now moved on to tech, with an app that teaches people about Georgia through scannable bar codes placed throughout the collection. When it hits stores, people will be able to scan their $800 t-shirts to read about a country that has over 12% of its population living under the poverty line. Cue the Alanis Morissette. But hey, at least some members of the fashion community are taking a real interest in politics.