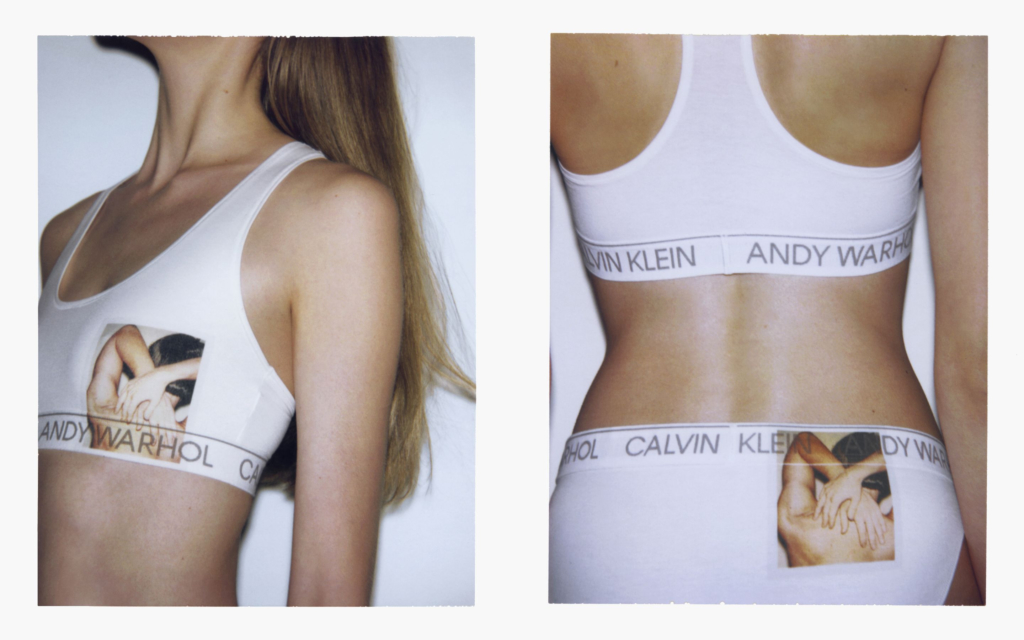 Calvin Klein is back with their latest Andy Warhol capsule, and this time, it’s a bunch of nudes on underwear. For their latest collaboration with The Andy Warhol Foundation, the brand has decided to use a number of Warhol’s famous nude Polaroids on a series of their classic undies and sports bras.

Titled Andy Warhol: Exposures 77-85, the collection features four prints taken between 1977 and 1985, of Italian magazine editor Daniela Moera and a bunch of anonymous naked dudes. The collection also includes Andy Warhol’s name alongside the brand’s on their iconic waistband — something Calvin Klein has never done before.

Of course, this capsule is just the latest in a series of collaborations between Calvin Klein and the artist’s estate — Calvin Klein Chief Creative Officer Raf Simons is a longtime fan of Warhol. Earlier this summer, the brand released a series of jeans and denim jackets, featuring the artist’s famous Polaroid self-portraits.

Body art: iconic #CALVINKLEINUNDERWEAR styles, featuring #AndyWarhol’s snapshots of the human physique dating from 1977 to 1985; printed on an exclusive offering of t-shirts, bras, tanks, and underwear for him and her. Now available at the link in bio. ⠀⠀⠀⠀⠀⠀⠀⠀ Featuring artwork by Andy Warhol ©/®/™ The Andy Warhol Foundation for the Visual Arts, Inc.

And if, as Andy once said, “an artist is somebody who produces things that people don’t need to have” — well, then, Simons with his new Calvin Klein capsule, is the ultimate artist.