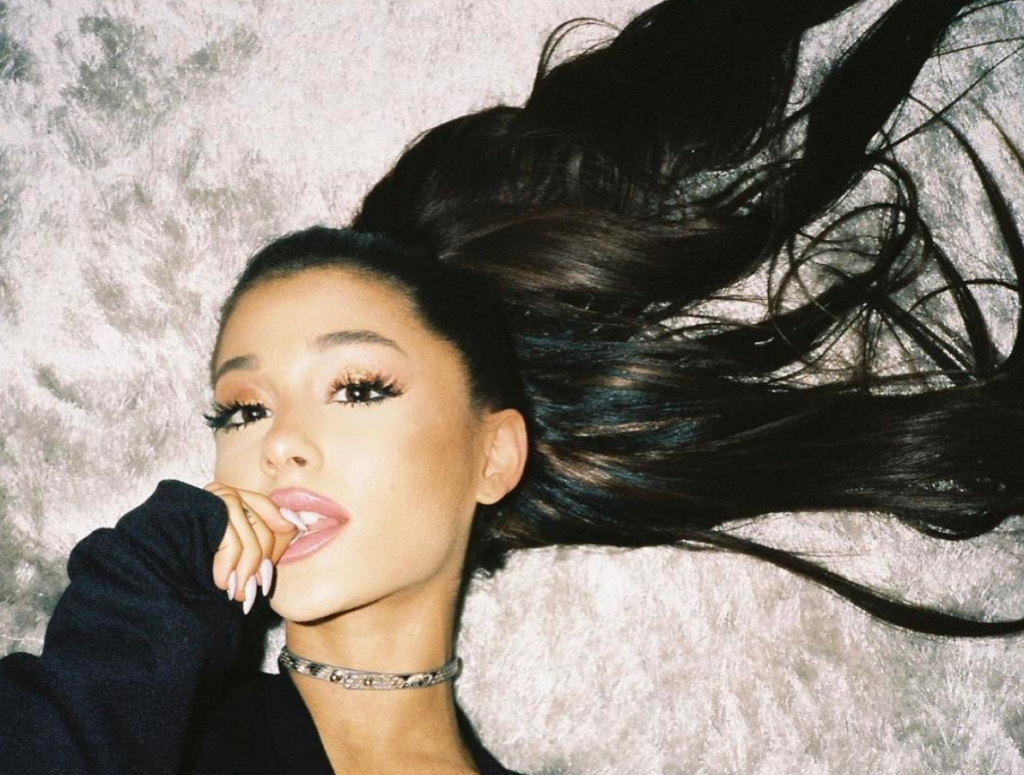 Over the course of Ariana Grande’s career, we’ve become accustomed to seeing her locks piled into a gravity-defying pony at the top of her head — leaving her free (probably) to belt those high notes. However, in the run-up to the release of Sweetener, Grande’s fourth studio album, fans have noticed that her crowning glory has undergone something of a transformation. In the imagery for singles ‘God is a Woman’ and ‘No Tears Left To Cry’, her hair has been bleached platinum blonde and secured in a low ponytail at the base of her neck. What could it mean?

It doesn’t really matter — because, despite its radical makeover, the ponytail remains an integral part of her Ariana’s personal brand. She’s been through many evolutions; from precocious Broadway performer, to flame-haired Nickelodeon starlet, to the Dangerous Woman we know and love today. The thing that has stayed constant is her dedication to the pony. The coiffure projects power, control, and a whole new level of ‘I’ve got my shit together’ that is only befitting for a professional powerhouse such as her.

But she’s not the first to embrace the ponytail — it’s been the preferred style for girls on top for as long as most of us can remember. Below, we investigate some of our faves in recent history.

Gabrielle Union in Bring It On

Admittedly, in a film franchise about cheerleaders, it’s rare to see anyone’s hair in anything but a ponytail. Although the film inspired no less than five sequels (one of which stars Solange, FYI) no ponytail could ever match up to Gabrielle Union’s ‘do in the 2000 original. Even after having her team’s routines ripped off by a rival cheer team, Union’s character Isis is the personification of grace and composure— reflected by a sleek, glossy ponytail. 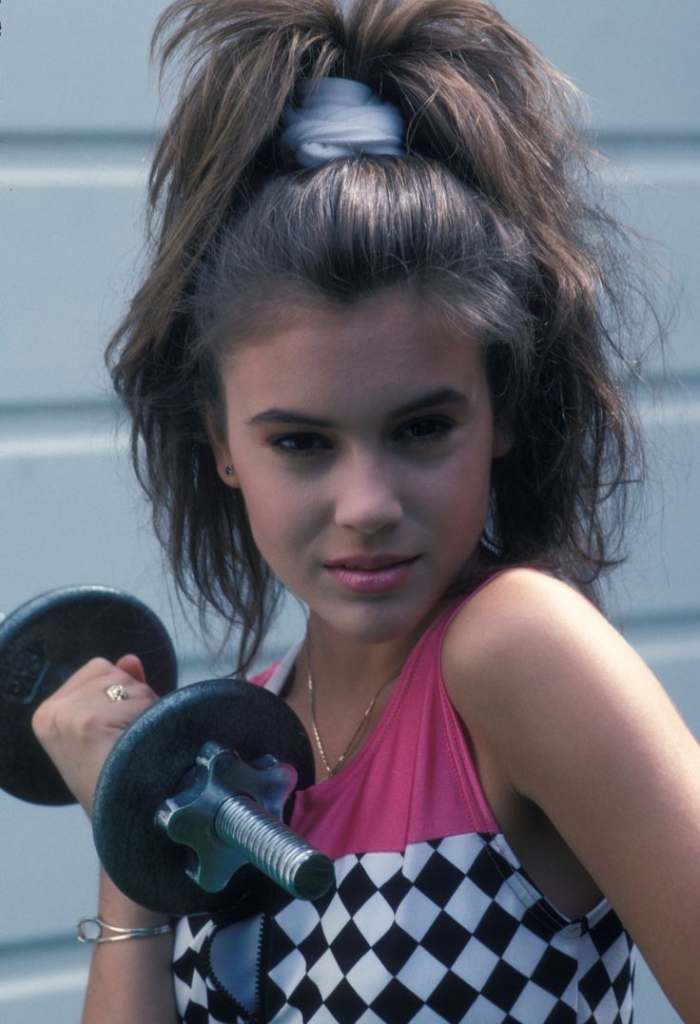 Before gracing our screens as one of Charmed’s witchy sisters, Milano was an eighties teen icon for her turn on long-running sitcom Who’s the Boss?. And, in suitably eighties fashion, she sealed her stardom with a workout video. We’d recommend this video — not for workout purposes, but for Milano’s formidably voluminous ponytail and new heights of kitsch. 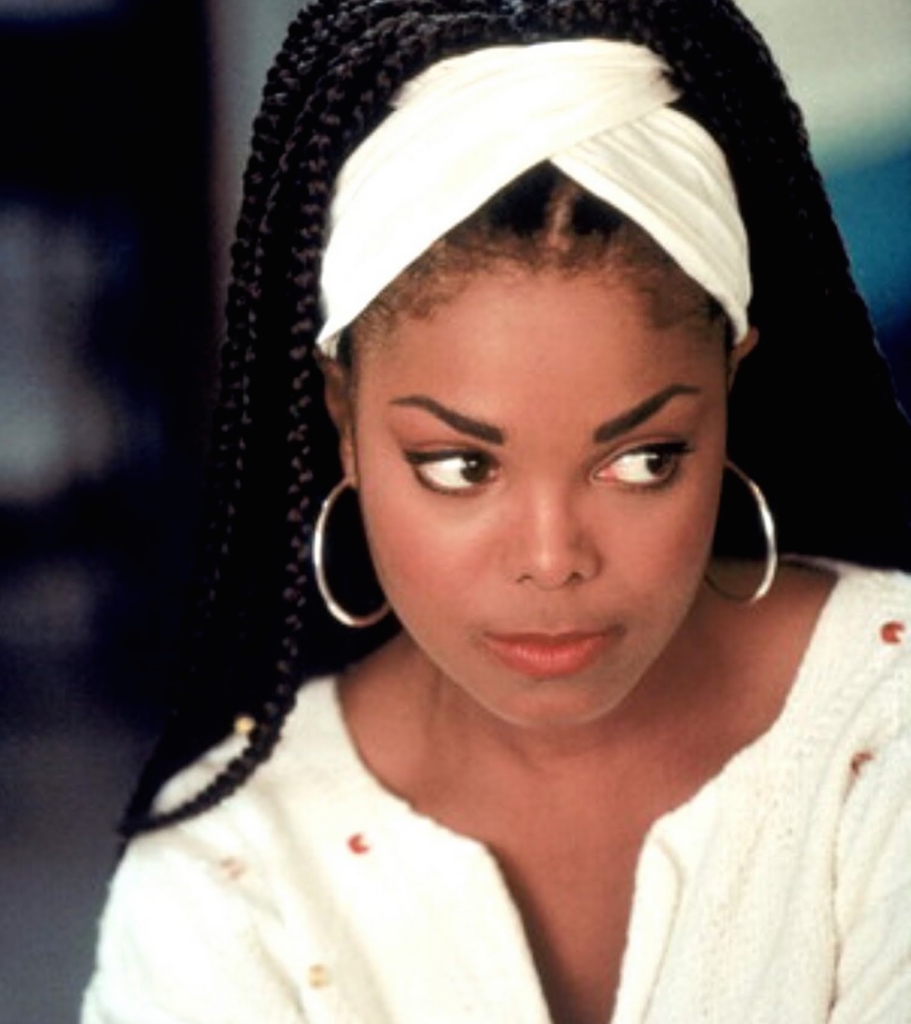 I think we can all agree that Poetic Justice is a criminally underrated film — and if you haven’t seen it, we recommend you go and watch it now. With Janet Jackson and Tupac in leading roles and a cameo from Maya Angelou (no lie), the cast is pretty stellar. However the real scene stealer are Jackson’s box braids, secured with a white hair wrap in one scene for the most deliciously nineties ponytail we’ve ever seen.

Aaliyah in the ‘More Than A Woman’ video

Best known for a more androgynous look — crop top, sunglasses and low-slung jeans — Aalliyah amped up the sex appeal for the ‘More Than A Woman’ video. Her outfit in this video is pure perfection; a white leather catsuit punctuated with a Chanel logo belt. The ‘more is more’ aesthetic culminates in a long, swishing ponytail that had a generation aching to grow their hair out.

Back in the day, Melanie C was not considered the most stylish of the Spice Girls; that accolade definitely went to Victoria Beckham. However, genius is never understood in its own time. Sporty Spice’s signature look — crop tops, sportswear and new season trainers — anticipated the trends which have come to dominate contemporary fashion. And, like Ariana, her devotion to the ponytail was pretty rock solid.