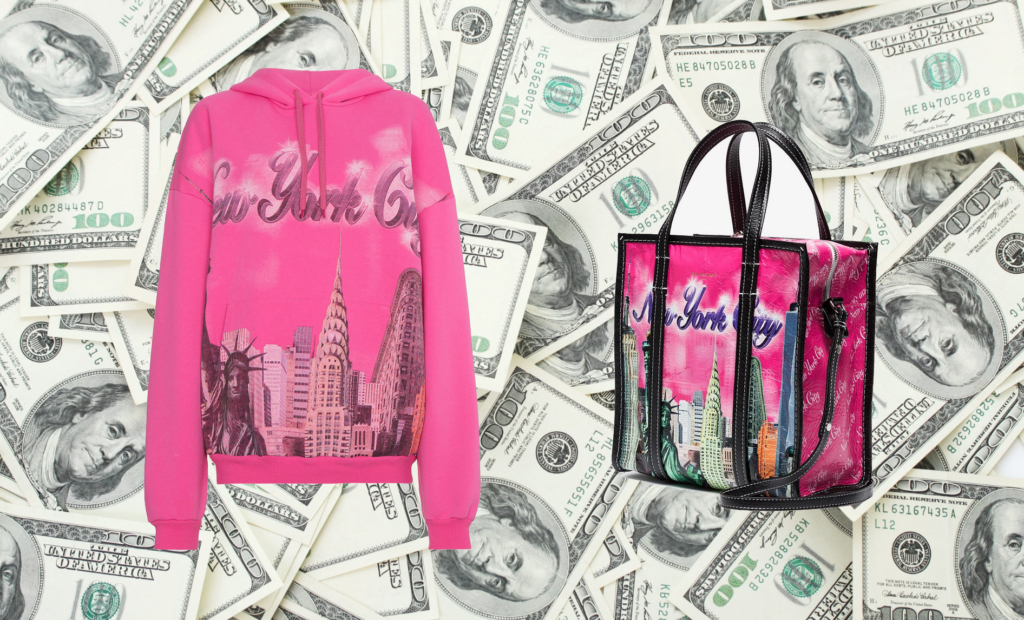 Oh, Demna. What have you gotten yourself into now? Apparently, Balenciaga is being sued by a New York City souvenir company for copyright infrigement on their New York City tourist bags and shirts.

I mean, if you’ve ever been to New York, you’ve seen a series of I <3 NYC and New York City skyline merch everywhere from the airport to Canal Street. But it looks like Demna took his inspiration too literally when he designed his “Multicolored New York Bazaar” shopper bag and clutch. The pink design, which also features the Manhattan skyline and purple sparkly font, appears to have been lifted directly from bags produced by NYC tourist trap, err, souvenir company, City Merchandise. Of course, the Balenciaga version is a cool $1,950. Any guesses what the City Merchandise one costs?

Now obviously, this isn’t the first time a fashion brand, or Demna Gvasalia for that matter, has ripped off — I mean, paid hommage — to a large, corporate brand. DHL and IKEA anybody? But this is a little different. Both DHL and IKEA are universally recognized brands with universally recognizable imagery, whereas City Merchandise is, albeit a large company, nothing like IKEA. So, stealing their designs is equivalent to stealing from a designer you saw on Canal Street. Oh wait, that’s literally what it is.

Though City Merchandise is obviously (and rightfully) super pissed about this, we know Diet Prada is probably having a field day.

Either way, Demna needs to learn the difference between inspiration and duplication. And City Merchandise should follow in the path of IKEA, and start hitting up designers for collaborations. I’m seeing a Virgil Abloh capsule coming soon. But in the meantime, we’re hoping City Merchandise has doubled up on their stock — us, and a ton of other hype machines want to buy their cheap Balenciaga.