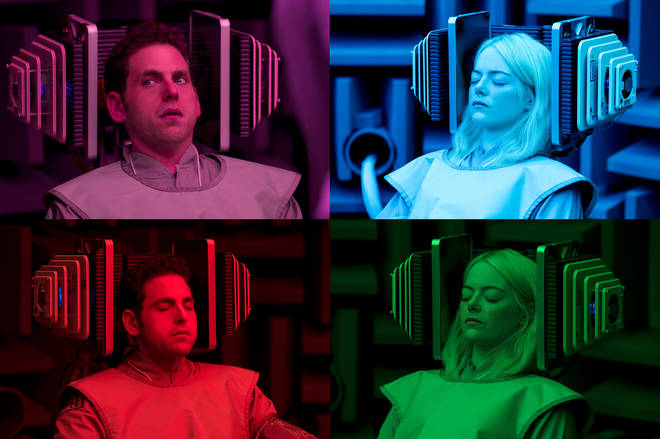 I like to think of myself as a smart, cool person. So, either I’m completely wrong or I just don’t get the trailer for the new Netflix series, Maniac. Starring Jonah Hill and Emma Stone, as two people whose “lives haven’t turned out quite right, and the promise of a new, radical kind of pharmaceutical treatment—a sequence of pills its inventor, Dr. James K. Mantleray (Justin Theroux), claims can repair anything about the mind, be it mental illness or heartbreak, draws them and ten other strangers to the facilities of Neberdine Pharmaceutical and Biotech for a three-day drug trial that will, they’re assured, with no complications or side-effects whatsoever, solve all of their problems, permanently.”

So, it’s a sci-fi series. But the trailer also shows Stone and Hill walking in Game of Thrones-style robes with elfin ears, and at one point, Hill has a crazy ’80s mullet. See for yourself. The series, which has been adapted by director Cary Fukunaga from a Norwegian series of the same name, drops September 21.

Watch the trailer below.