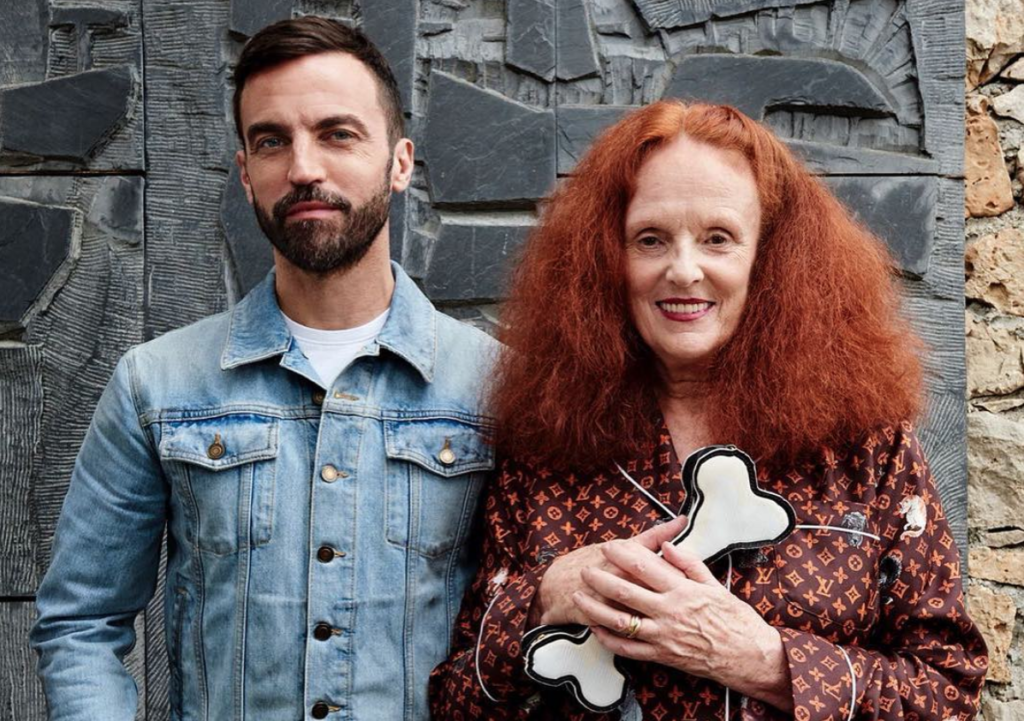 I know I know — you’ve heard this rumour a bunch of times — in fact, I heard it twice just last year. But last night, as part of the Met’s current series where host Alina Cho chats with different influential names in fashion, Nicolas Ghesquière hinted at a solo line.

Chatting with Cho with Grace Coddington, he said: “I have many more things to say at Vuitton. But that means also I have more possibilities, absolutely, and one of these possibilities is to create my own name. So stay tuned.”

This statement comes just a few weeks after the designer made a subtle remark on French TV saying an eponymous label was “closer to reality.”

So, we know it must be true. I mean, if it’s on TV it’s an actual fact — and no one could lie to Grace Coddington.

Later in the talk, Ghesquiere also discussed how he came to be in fashion, as did Coddington, and how he ended up working at Balenciaga, instead of Helmut Lang. Of his decision, the designer said “”Probably one of the things I’m most proud about is helping put Balenciaga on the fashion map today.” ❤️❤️❤️: