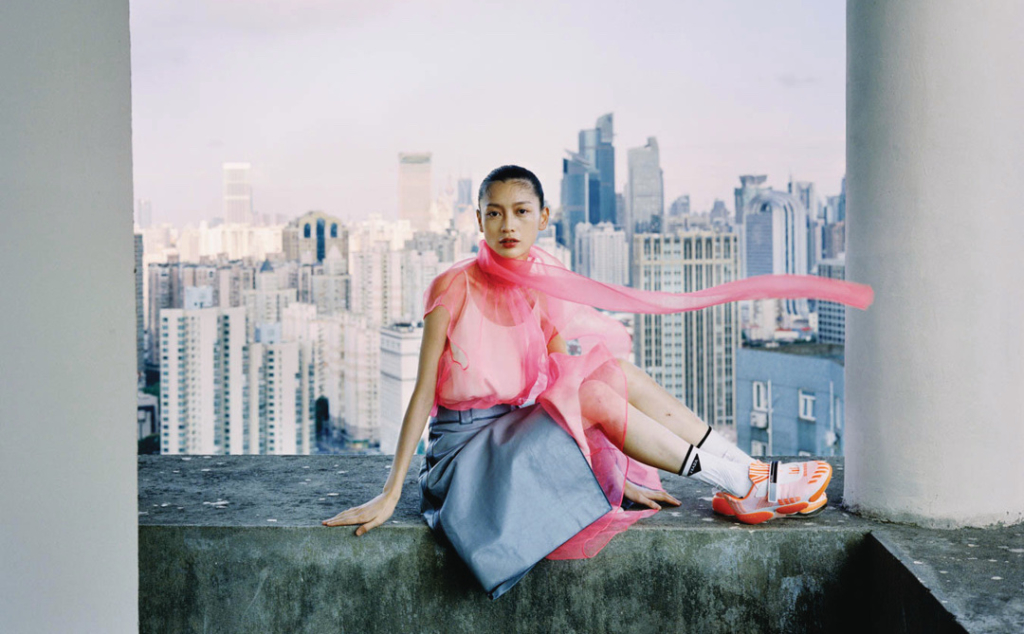 Prada’s been killing it when it comes to shoes. I mean, we can definitely all admit that their AW18 flame reincarnation is undoubtedly the shoe of the year. And, since we can’t have an It-shoe without mentioning some sort of chunky sneaker, the label has done it again with their new Cloudburst.

The trainer, which was released alongside Prada’s relaunch of their 90s sportswear label, Linea Rossa, is a futuristic neon slip perfect for any skirt or sweatsuit. And to celebrate the sneaker, the brand has teamed up with emerging photography platform PhotoVogue to select three photographers to shoot the shoe in three different cities.

#PradaCloudbustLanding sees a beloved metropolis from a unique perspective. Here: #Fukuoka by #KentaNakamura. - Photographers from around the world capture their friends and #PradaCloudbust on film—a nod to the origins of #Prada’s fashion sneaker revolution, started in the 1990s. Featuring #PradaFW18. More on Prada.com via link in bio. @hanahanamegane17 @vogueitalia

The first, Kenta Nakamura, shot his friends in Fukuoka, the capital city on the northern shore of Japan’s Kyushu Island. The 90s-style fashion film sees the models, clad in head-to-toe Prada, playing board games and hanging out in “The Intimate City.”

The second photographer, Shuwei Liu, turned her lens on models in “The Open City,” aka Shanghai. In Liu’s film, two models walk around the city, the neon Cloudburst and sheer Prada looks popping against the Shanghai skyline.

#PradaCloudbustLanding is select cities, through the eyes of individuals. Here: #London as seen by #ClaraNebeling. - Photographers from around the world capture their friends and #PradaCloudbust on film—a nod to the origins of #Prada’s fashion sneaker revolution, started in the 1990s. Featuring #PradaFW18. More on Prada.com via link in bio. @claranebeling @vogueitalia

In the final film, photographer Clara Nebeling captured her friends as they hit the streets of London, stumbling between clubs and the subway in their Prada ‘fits.

The shoe, according to the brand, is a nod to “the origin of Prada’s fashion sneaker revolution, started in the 1990s.”

You can watch all three films, here.