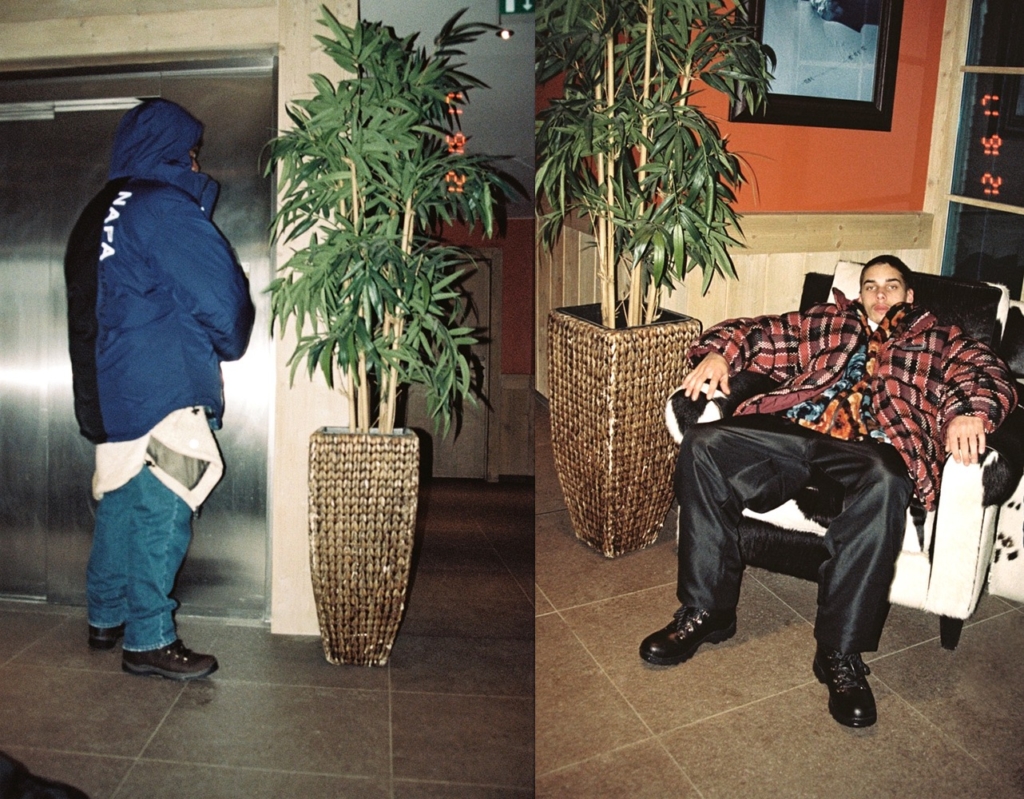 Out of all the emerging young designers, Martine Rose is one of our favorites. And god knows we absolutely love a collab. So, when we heard the London-based designer was teaming up with Italian brand Napapijri on a ’90s-inspired heritage collection inspired by The Stone Roses, we were pretty excited.

Featuring giant down jackets, corduroy parkas and floral fleece half-zips, the collab is the comfy snow day collection of our wintery dreams. And now the brand has given us an even better look into the capsule with a new fashion film directed by Sharna Osborne and styled by Tamara Rothstein.

Shot in a snow-covered winter wonderland, the short is rife with references, from ’90s skate and snowboard culture, to the aforementioned Stone Roses and the iconic Swiss Alps shoot they did for NME (RIP) in 1989, to traditional Inuit workwear.

So, while some of you may be wishing summer never ended, with the Napa by Martine Rose collection, we’re just praying for snow.

Watch the fashion film, below.

Images: courtesy of the brand.