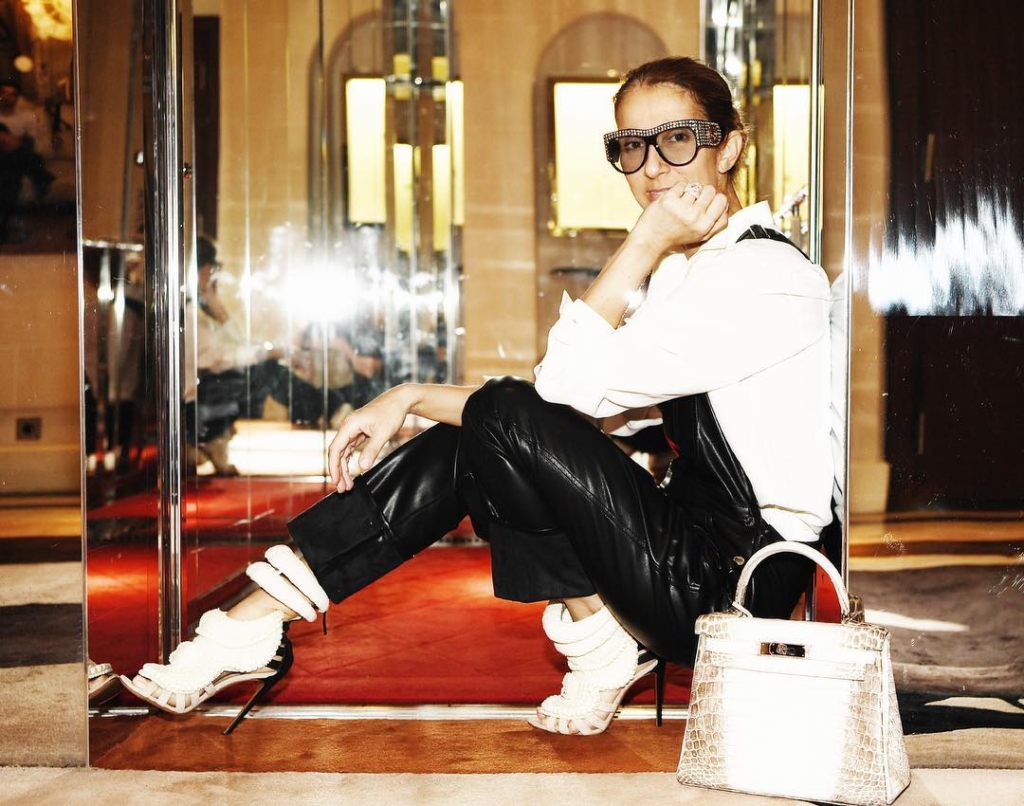 Celine Dion has become the fashion icon of 2018 and apparently, it’s due to the devil’s work. Well, not really, but the singer recently launched a gender neutral kids clothing line and the people at the National Catholic Register are up in arms about it. What else is new.

Following the release of the clothing line last week, the newspaper decided it was Satanic, and actually went to an exorcist to get his hot take.

“I’m convinced that the way this gender thing has spread is demonic,” said Pennsylvania-based exorcist John Esseff. “It’s false. I don’t even know how many genders there’s supposed to be now, but there are only two that God made.”

“When a child is born, what is the first things we say about that child?” he continued. “It’s a boy, or it’s a girl. That is the most natural thing in the world to say. But to say that there is no difference is satanic.”

They’re also apparently disturbed by the range’s “occult themes” including a baby blanket with skulls and children/babies that look “sullen.”

And, because even good Catholics can’t help but be petty, the writers over at the Register also threw some additional shade about the designs.

“Aside from the clothing being hideously ugly, occult themes on children is disturbing. […] Who would pay $77 for a baby blanket with skulls or $161 for a jacket that looks like a trash bag?”

So, while we don’t think Celine is Satanic, we wouldn’t be that pissed she was. Hail Satan.