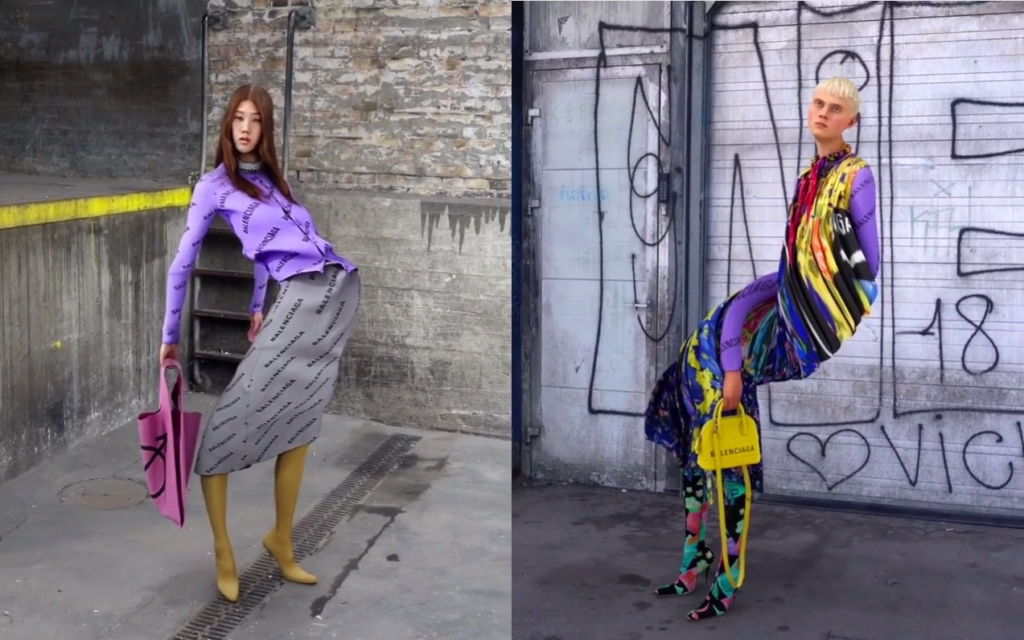 It’s almost like Demna Gvasalia likes to see how far he can push boundaries. The Balenciaga designer who’s single-handedly made the brand what it is today (i.e. the biggest brand in fashion), has just released the label’s latest lookbook for S/S ’19. And it’s REALLY weird.

Created by digital artist Yilmaz Sen, the 10 (or so) second videos show 3D-rendered digital as they contort themselves into insane (and absolutely not humanly possible) shapes, wearing the Spring collection.

It’s totally weird, and creepy AF, but also oddly beautiful. I mean, of course the collection is stunning, but there’s something about watching these perfectly imperfect pseudo-humans bending their bodies that just seems fitting.

Maybe that’s because Demna plays with shape so much in his clothes that this only seems like a further extension. The exaggerated shoulders, extra oversized silhouettes and 3D hips the designer has favored the last few seasons really come to life through Sen’s illustrations.

“I wanted to explore human anatomy and imagine that something that isn’t possible in real life,” the artist told DAZED. “My intention was to show something unpleasant in a pleasant way and surprise people.”

And that’s exactly what he did.

But the other reason this seems to make sense is because Demna is a trend starter. Oversized bombers, giant shoulder padded blazers, brand collaborations, ugly sneakers, streetwear as high fashion — he did all of those things, though maybe not first, most successfully at Balenciaga and his own brand, Vetements, before they began commonplace items. Now that everyone else has caught on, it’s only natural for him to move on and pioneer something else — in this case, it’s the lookbook. And you can bet, we’ll be seeing more brands get experimental with theirs next season.