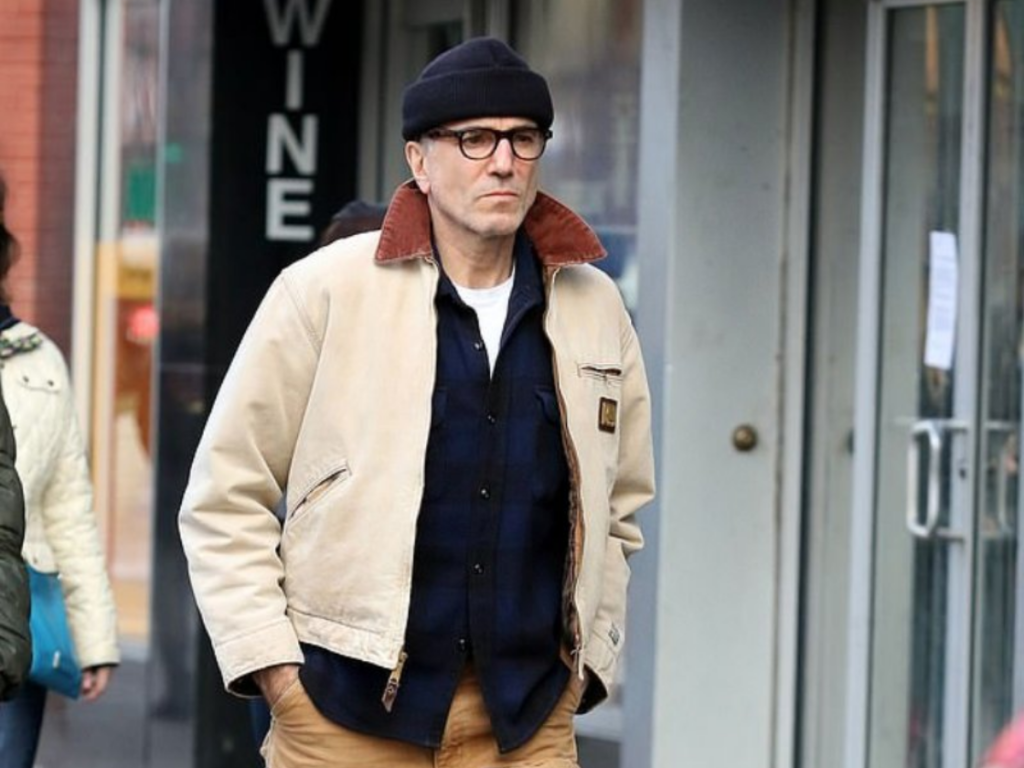 2018 is the year of middle-aged white guys taking over street style. First, it was Jeff Goldblum and his Prada shirt; now, it’s Daniel Day-Lewis in his Carhartt WIP.

The sight of Daniel Day-Lewis taking a brisk stroll, texting on a park bench and walking his French bulldog was simply just too much for everyone to handle, partly because he looks like every single fuckboi who ever drank a PBR at any Brooklyn dive. So, while he may have quit acting, he clearly hasn’t quit breaking our hearts.

Sorry, Jonah Hill — looks like there’s a new Mayor of Supreme in town. And it’s not you, Jeff Goldblum, either.