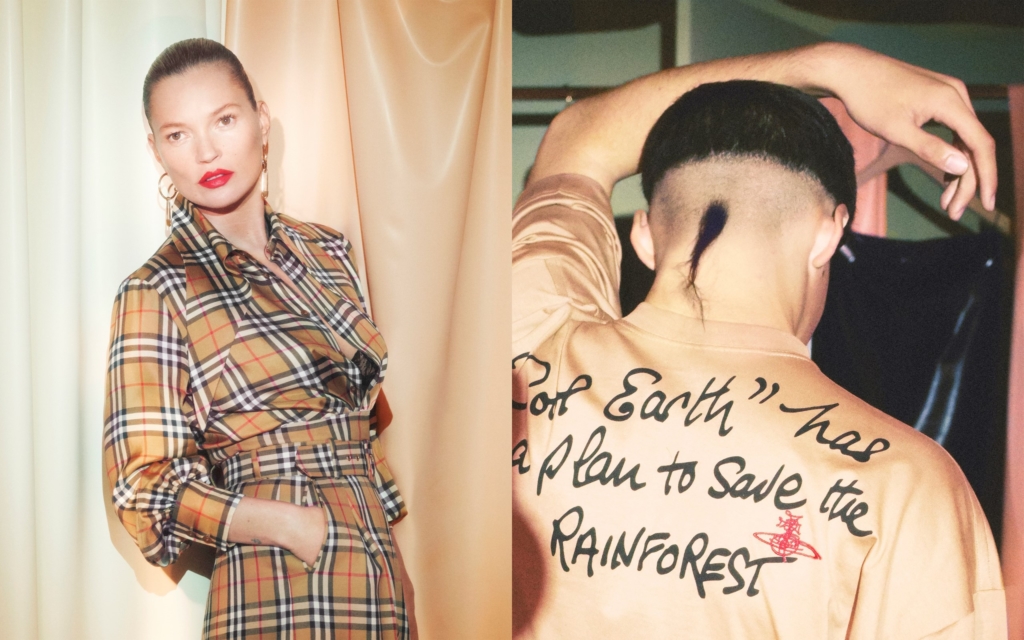 Burberry has teamed up with Vivienne Westwood on a v special collaboration, launching today. And to celebrate the release, the brands tapped photographer David Sims to shoot a v special campaign featuring Kate Moss, Ladyfag, Sistren, Andreas Kronthaler and Dame Vivienne, herself. The only thing missing is Riccardo Tisci. 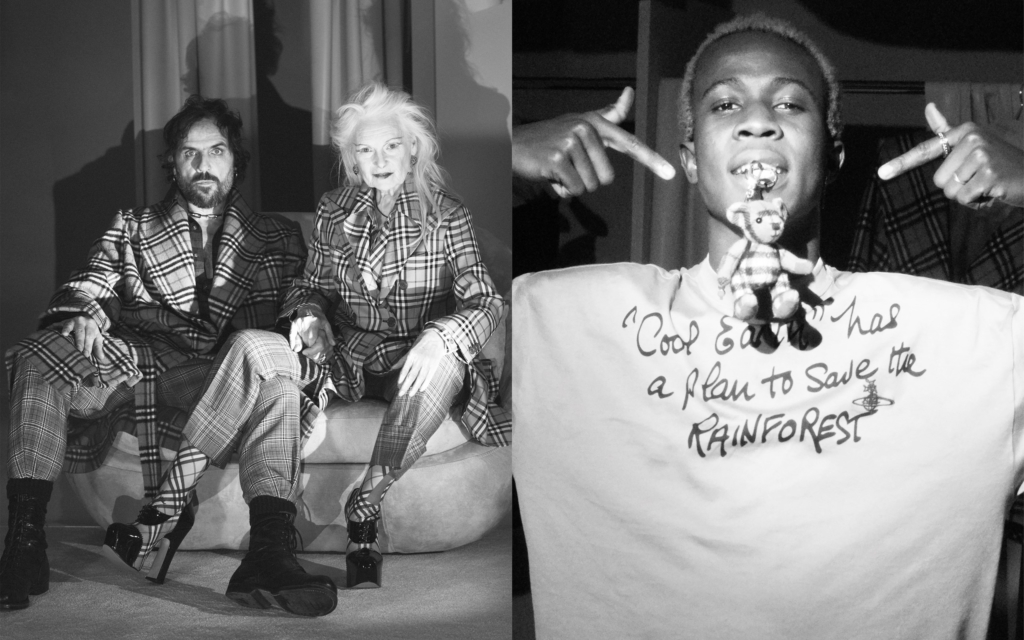 The collaboration, which features classic Vivienne Westwood pieces from the designer’s archive, includes a wool kilt from her famous AW94 Anglomania collection and a skirt/tie combo that was originally worn by Naomi Campbell, reimagined in the classic Burberry check. The pièce de résistance, however, is a special t-shirt, designed by the duo, that’s emblazoned with a handwritten message from Viv. It reads: ‘Cool Earth has a plan to save the rainforest.’ 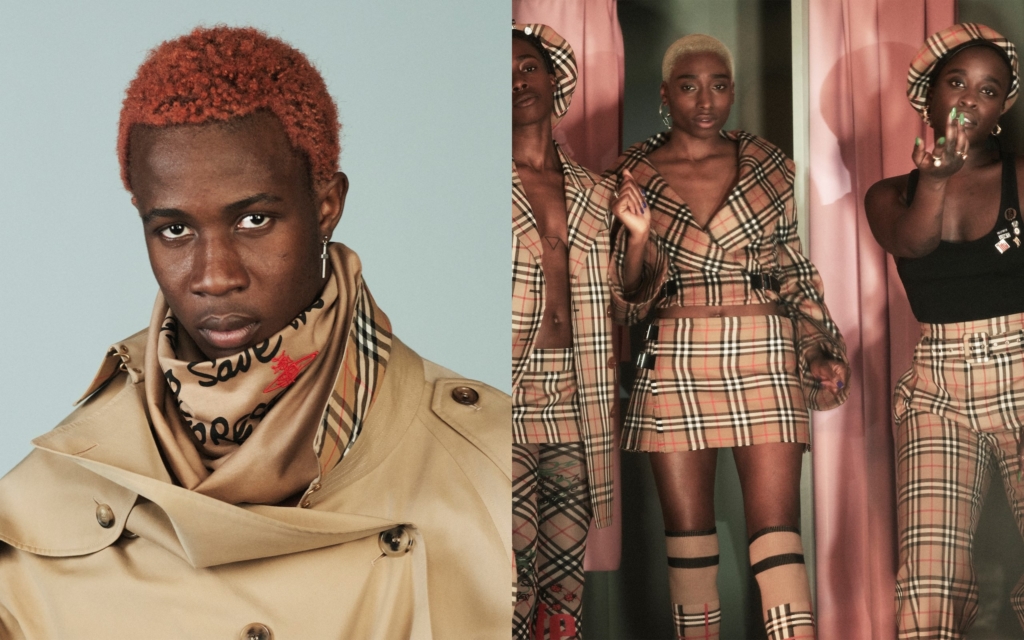 And because Vivienne doesn’t just talk the talk, the collaboration will support Cool Earth, a non-profit that works with rainforest communities to fight deforestation.

Described as a marriage of “punk and heritage, rebellion and tradition, and past and future,” the collection really is the partnership of all partnerships. I mean, it’s Vivienne Westwood and Riccardo Tisci. 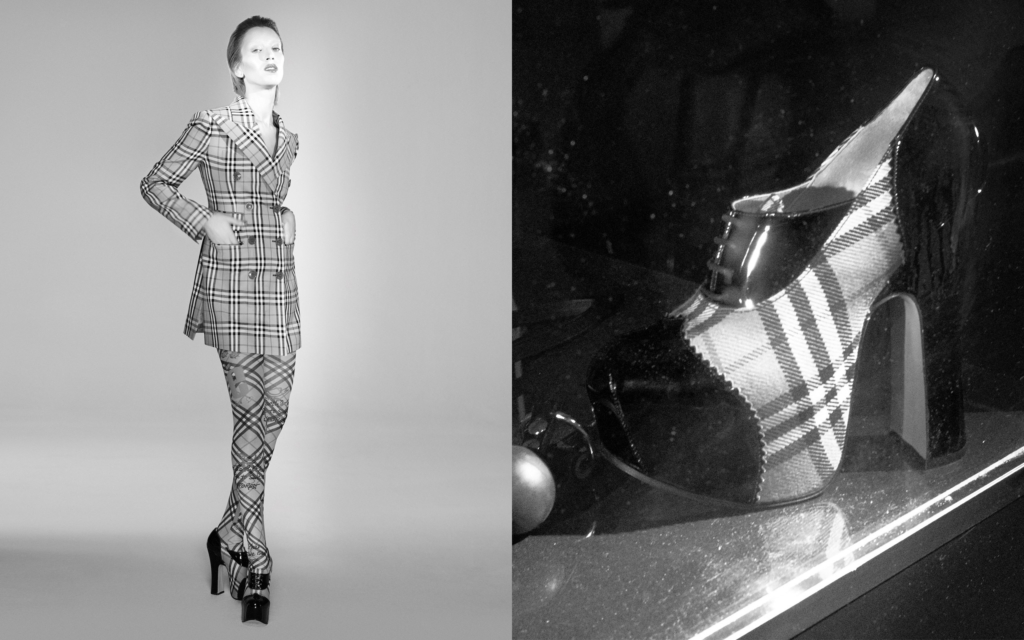 “She was one of the first designers who made me dream of becoming a designer myself,” said Tisci about teaming up with Westwood. “She is a rebel, a punk and an unrivaled creative British icon who has inspired and influenced legions of designers and artists over the last 50 years.”

The collab is just Tisci’s latest effort in reviving Burberry and reinterpreting its classic plaid print for a new generation of fast fashion-worshipping, streetwear-loving millennials. And so far, so good.