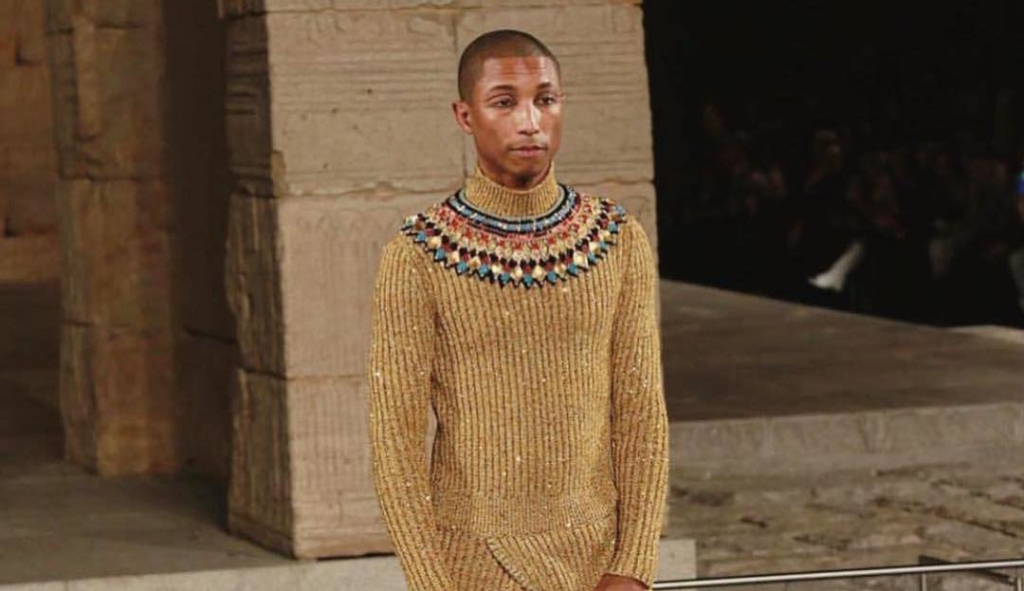 Chanel presented their Métier d’Arts show at The Met in New York City last night, where Pharrell made a special guest appearance. Alongside the museum’s famous Egyptian Temple of Dendur, the rapper walked the runway in a metallic gold knit and pants. It was magical.

Karl Lagerfeld has chosen The Temple of Dendur in the @metmuseum in New York as the setting of the Paris-New York 2018/19 #CHANELMetiersdArt show. #CHANELinNYC #CHANEL

@pharrell channels Egyptian deity on the runway at The Met for @chanelofficial’s 17th Métiers d'Art show. Karl Lagerfeld first introduced the Métiers d'Art collections in 2002 to pay homage to the house's workshops and its craftsmanship. 📹: @alealimay

The theme of the show was decadence and gold. So, what better way to honor it than by channeling Ancient Egypt, making Pharrell look like the most shimmering, goldest Pharaoh?

The rapper, who announced he is currently working on another collaboration with the brand, has been a favourite of Lagerfeld the last few years. But we usually see him sitting front row — not on the runway. Though, of course, we’re not complaining. He looked like an actual golden gold in his bright gold boots, walking through The Met.