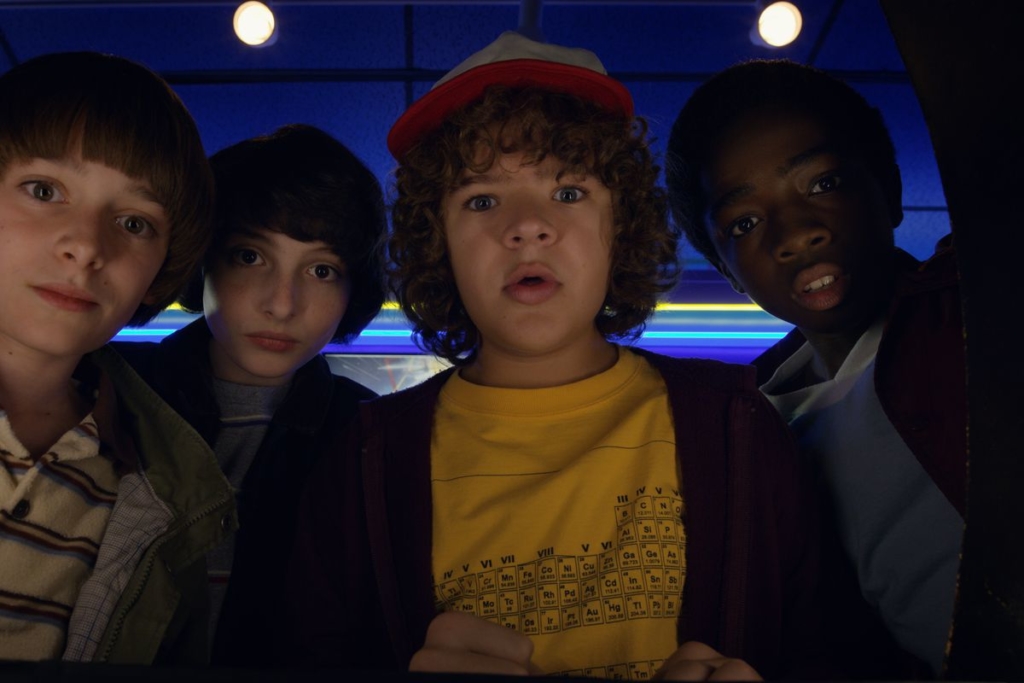 Stranger Things is coming back. While there’s no official release date for the upcoming third season, said to drop sometime this coming summer, the show has just revealed the first short teaser f0r Season 3. Though the 50 second clip doesn’t give us much information, I think it’s safe to say shit’s still (always going to be?) weird AF in Hawkins, Indiana. That much is definitely clear.

In the teaser, it says “In the summer of 1985, the adventure continues” after showing us some presumed episode titles all to a clip of the show’s now trademark scuzzy synth riffs by producers Kyle Dixon and Michael Stein of Survive. Names like “Suzie Do You Copy?,” “The Mall Rats,” “The Case of the Missing Lifeguard,” “The Sauna Test,” “The Source,” “The Birthday,” “The Bite,” and “The Battle of Starcourt” make us think our favorite band of pre-teen sleuthers, Winona Ryder, the Chief, and the ’80s new favorite will they/won’t they love triangle don’t get a very chill summer break that year. But if that means we get another glimpse of punk rock Eleven, we might be okay with that.

Watch the teaser for yourself, below.

In the summer of 1985, the adventure continues... pic.twitter.com/m3s6hyJL8k