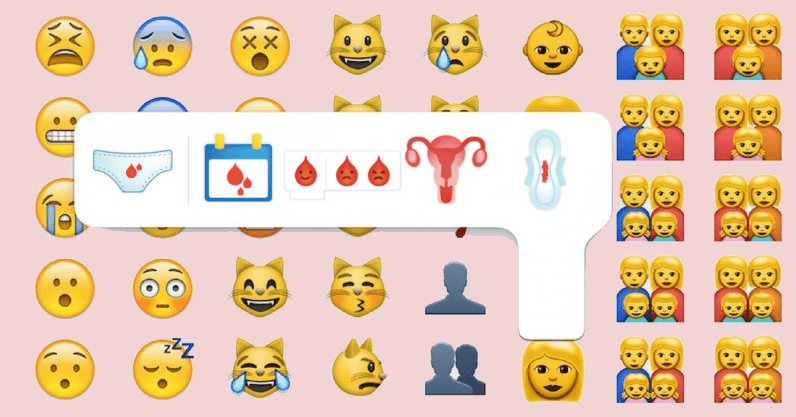 We’re finally get a huge new drop of emojis. And for those of you who are sick of substituting a tampon for that annoying red circle — you’re in luck! We’re officially get a period emoji. Unicode Consortium, the company that makes emojis, has announced a new update that features 230 new emojis, including a red blood droplet.

We are thrilled to announce that we are actually getting a #PeriodEmoji!

According to Vogue, the droplet comes as a result of pressure from international girl’s charity, Plan International UK, and we couldn’t be more thrilled.

Other new emojis include: a mechanical arm, a Hindu temple, a yawn face, a buttery waffle, a sloth and even an oyster. Thank god.

The drop will be rolled out over the next couple of weeks. In the meantime, you can peep all the new and improved emojis below, and start thinking about which you’ll be using to update your Instagram bio. We know which we’ll be our new MVP.