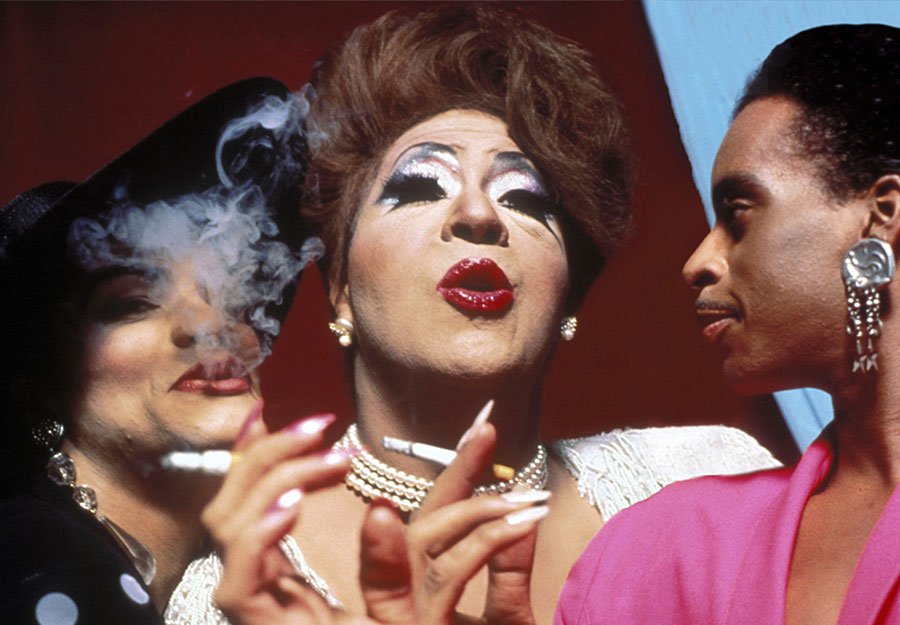 June is Pride month, which of course means tons of parades, events and celebrities/corps trying to capitalise on the moment by finally sharing their support for the LGBTQ community (looking at you, Taylor Swift). But there are tons of ways you can celebrate being queer — one of which doesn’t include wearing glitter or even leaving your bed… because not everyone is a total extrovert, ya know? And for allies, it’s all about support and education. That’s why we’ve put together a list of 10 LGBTQ documentaries (11 actually, but don’t nitpick) that you can watch this Pride month (or whenever, really) — whether you’re a proud member of the queer community, a proud ally, or proudly looking for ways to learn more.

Queercore: How To Punk A Revolution

Yony Leyser’s 2017 documentary takes us to the heart of the queercore movement from the minds of the punks who lived it firsthand. With interviews (and killer music )from John Waters, Kathleen Hanna, Bruce La Bruce, Peaches, Patty Schemel, Genesis P-Orridge, Pansy Division, Jayne County and many more, Queercore explores the intersections of the punk and queer communities, and shows us what happened when the two came together. Spoiler alert: it’s punk AF.

We don’t have to tell you about Divine. The John Waters muse, queen of camp, and iconic performer has been praised and imitated by pretty much everyone ever. But the 2013 documentary by Jeffrey Schwarz gives us a glimpse behind the mask, focusing on the person behind the persona. Born Harris Glenn Milstead in 1945, Divine became a revolutionary drag queen, and the the kind of force worth celebrating during Pride — and all year ’round.

Jennie Livingston’s iconic 1990 documentary has become a seminal exploration of queer culture. Highlighting 1980s ball room culture in New York City, the film also explores the intersections of sexuality, identity, race and class, giving a voice to the gay and trans people of colour that lit up New York. If you’ve been watching Pose, you definitely need to check out the IRL story. And if you’re in NYC, you can do so in theatres at Film Forum all month long.

Before Stonewall & After Stonewall

In 1969, in the heart of Downtown New York City, one of the LGBTQ community’s most defining moments happened: the Stonewall Riots. These documentaries trace the events leading up to the riots (Before Stonewall) and the impact on the community after (After Stonewall), showcasing how the legendary Stonewall Inn became both a safe space and radical jumping off point for gay rights movement. And with the 50 year anniversary of the riots happening on June 28, there’s no better time to watch these films.

One of the most famous designers, well, ever, Alexander McQueen has remained a total enigma, even in the years after his tragic death in 2010. This doc tells the story of the industry wunderkind intimately, through his collections and interviews with his closest friends and collaborators, like Isabella Blow. Even if you’re not that into fashion, you’ll be into McQueen. But who are we kidding? It’s impossible not to love his clothes.

Tongues Untied isn’t as well known as many of the other documentaries on this list, but that doesn’t make it any less powerful. By Marlon F. Riggs, the 1989 portrait combines poetry, performance and personal interviews to explore Riggs and his subjects’ own experiences as openly gay men in the Black community, confronting homophobia and stereotypes.

Another fashion legend, there’s be tons of documentaries about Halston. But the latest, directed by Frédéric Tcheng and featuring Joel Schumacher, Liza Minnelli, Pat Cleveland, Naeem Khan and Tavi Gevinson, among others, highlights how the designer became king of the high end market before losing the label for which he gave his name and his life.

If you were cool in the ’90s, then you were obsessed with Hole. And that means I don’t have to tell you about Patty Schemel, and why any documentary about her life is well worth the watch. If you were too young (or, like, uncool): Patty Schemel was the drummer of Hole from 1992 to 1998. She’s an iconic lesbian who also struggled with a heavy drug addiction and came out on the other side. In addition to all of Hole’s best singles, the film also features interviews and never-before-seen footage of the band, its front woman and her famous husband, Kurt Cobain.

I have to be honest — I didn’t know who Tab Hunter was before I saw this documentary. But after, I spent weeks Googling pretty much everything about him. Basically, Tab was a 1950s Hollywood golden boy. And he was gay. The documentary, which features footage of the actor alongside interviews with John Waters (noticing a theme here?), George Takei and Debbie Reynolds, among others, tells the story of his life as a queer actor before Hollywood’s gaydey.

Chavela Vargas was a famous Mexican singer, known for her interpretation of the classic “ranchera.” Throughout her life, she toured the world, becoming a major inspiration for Pedro Almodovar. And did we mention she was queer?

And even though June is officially Pride month, here’s a hot tip: these docs are good all damn year.