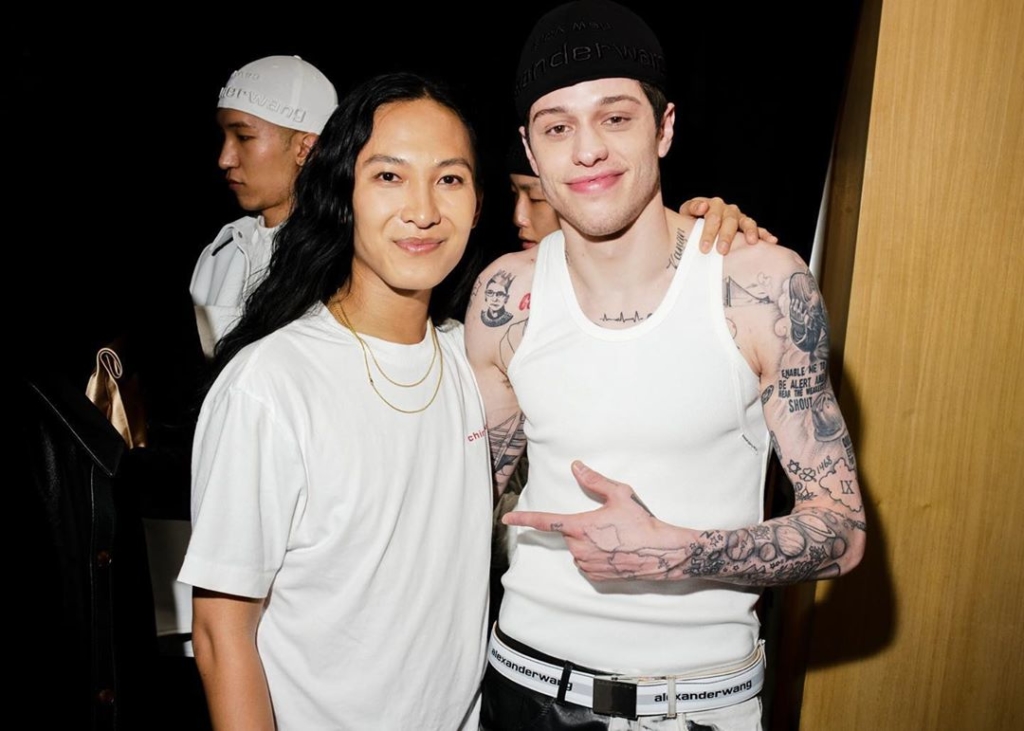 Comedian Pete Davidson is known primarily as Ariana Grande’s ex-fiance (RIP to their whirlwind romance), or for SNL fans, as the guy who made that offensive joke about a veteran on live TV. Now, though, the performer has added a new gig to his resume: model, thanks to his runway debut at Alexander Wang’s S/S ’20 presentation this weekend.

Following legit top models like Kendall Jenner and Kaia Gerber down the runway, Davidson wore a white wife beater, baggy jeans two-tone jeans and a beanie. It was Wang’s “reclaiming of casual luxury,” which still doesn’t really explain why Pete Davidson was there?

The second act of our #Collection12020 runway show pays homage to the confidence, ease and sensuality of 90’s casual.

“I’ve always wanted to work with him,” said the designer about his bizarre casting decision. “For this collection, I was like, ‘Hey, Pete. Would you want to walk?’ And he literally responded immediately like, ‘Yeah, sure.'”

Duh, because if there’s one thing we know about Pete Davidson (again, besides the fact that he dated and proposed to Ariana Grande), it’s that he loves a good publicity stunt (see: dating and proposing to Ariana Grande). As for whether or not we’d like to see him walk the catwalk again? We’ve got three words for him: Thank u, next.