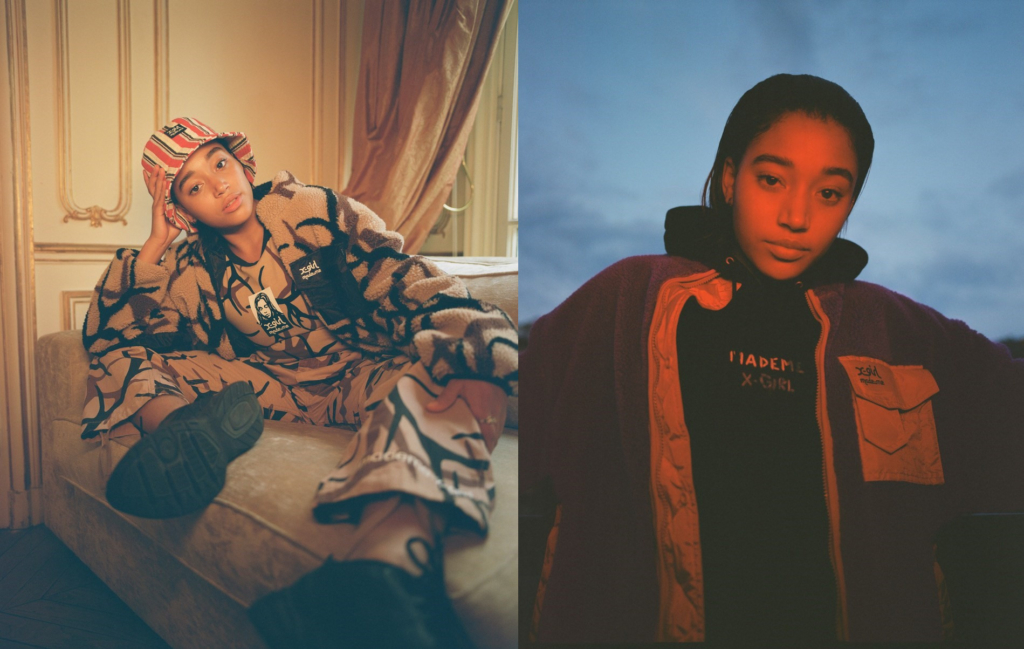 MadeMe knows how to market — and loves a good collab. For the last few seasons, the New York City label helmed by Supreme’s Erin Magee has teamed up with both Converse and X-Girl to deliver riot grrrl-inspired streetwear and somehow, even cooler ads. Most recently, the brand tapped Mayan Toledano to shoot some of Oyster’s top girl crushes, including Paloma Elsesser, Oyster #113 angel Coco Gordon-Moore and Madonna’s daughter Lourdes Leon (before she walked the runway at Gypsy Sport). Now, for their latest instalment in their ongoing partnership with X-Girl, they’ve seamlessly done it again… and this time with Amandla Stenberg. 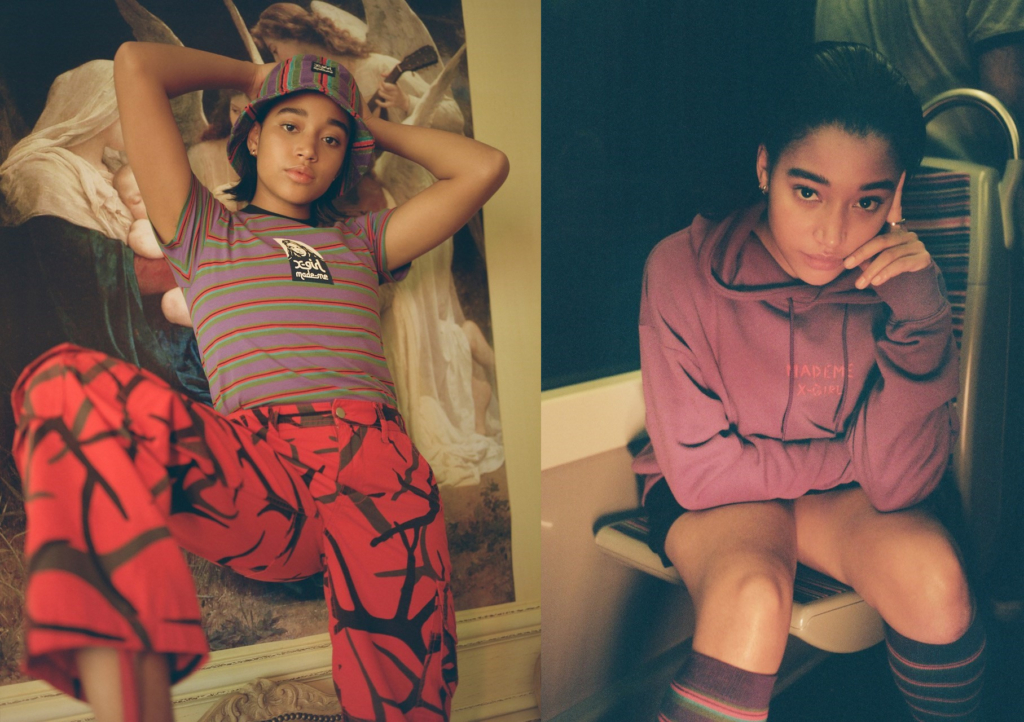 “I chose Amandla as the campaign star because her art and point of view align very well with MadeMe,” Magee said about the casting. “She stands for the same things we stand for. That always comes above and beyond beauty. But what’s cool, is she is super beautiful too!” 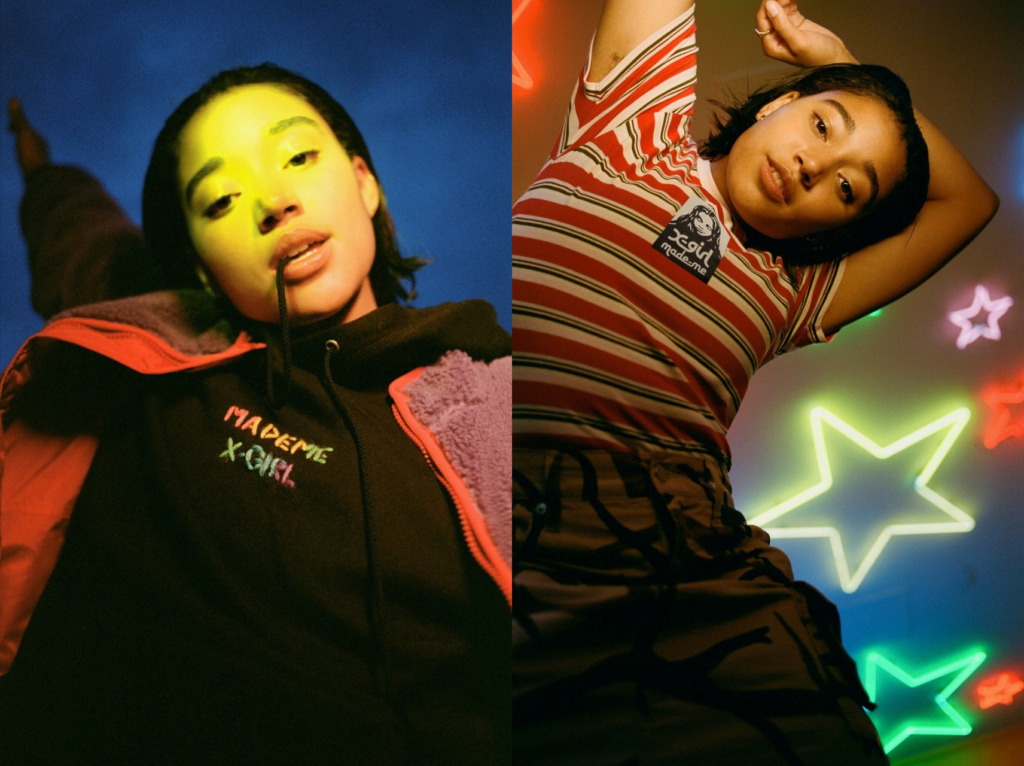 Featuring striped tees, oversized hoodies, printed cargos and a statement fleece zip-up, the collection marries MadeMe’s now signature feminine but probably holding a skateboard style with the effortless 90s cool girl energy upon which X-Girl was founded. OG girl crush Kim Gordon actually launched the label in LA back in 1994, before she sold it to the Japanese company that’s revitalised it through collaborations like the one with MadeMe over the last few years. Their cute but DGAF aesthetic paired with MadeMe’s feminist ethos is essentially Amandla Stenberg in clothing form… which is why it’ll probably sell out ASAP. 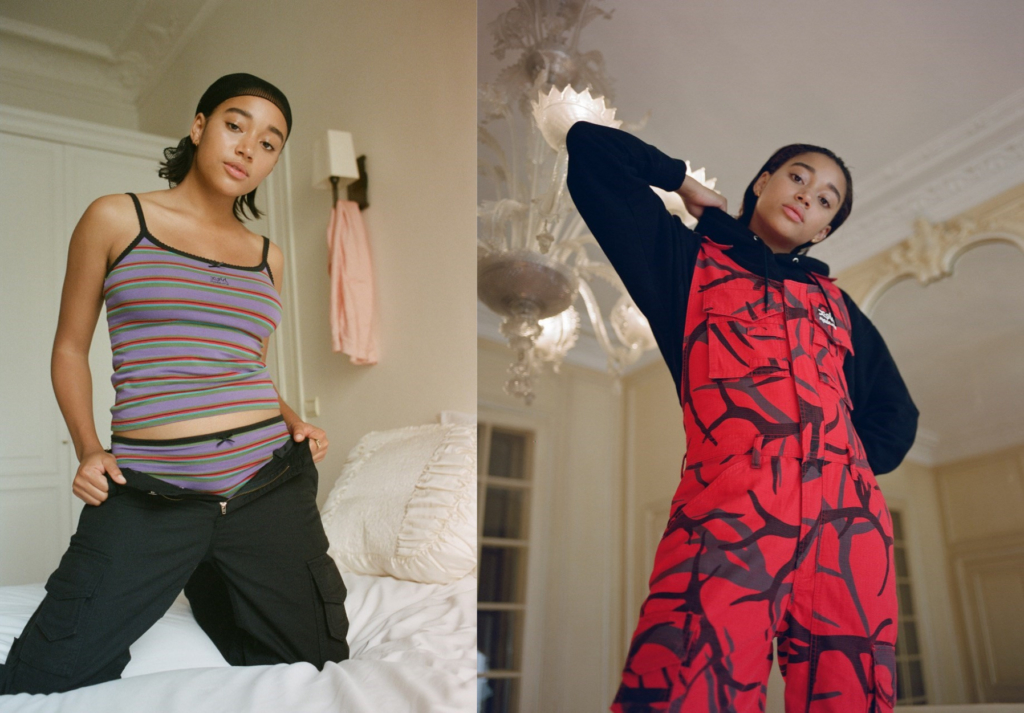