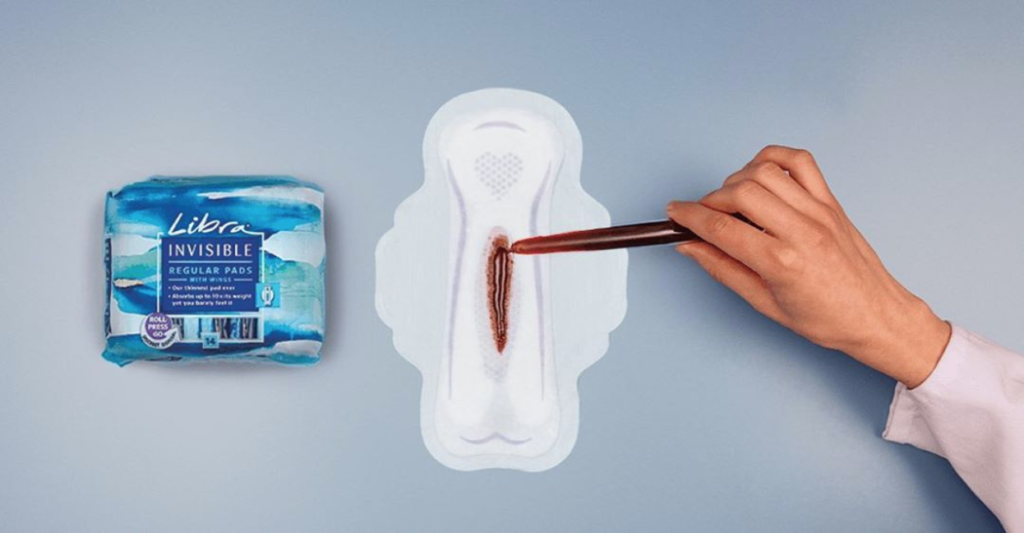 Period blood was first shown in a pad ad in 2017 when UK sanitary brand, Bodyform blessed the Brits with a blood-stained pad and made TV history. Now, two years later, and we’re finally painting it red Down Under. Launching its #bloodnormal campaign last month, everyone’s favourite fun-facts pad brand, Libra, is breaking down period stigma with its not-so-controversial depiction of actual blood. But — in what might be this year’s most complained about ad — over 600 squares have cried out, calling the primetime advert “distasteful”, “offensive”, even “disturbing”.

What’s really disturbing is the reaction to a powerful (and ~aesthetic~!) ad that shows girls and women dealing realistically with their period. A close up of a woman in the shower shows blood and water trickling down her leg; another asks her friends for a pad across the table at a dinner party; and a third removes a blood-stained pad from her undies. All in an attempt to assure us that period blood is not in fact blue, and that Periods. Are. Not. Gross.

Libra’s own research found three out of four Australian women say there is a greater stigma attached to periods than there is drugs or STIs, and a further eight out of ten go to great lengths to hide their periods. What’s scariest is their research revealed that 70 per cent of young Australian women would rather fail a class than have their peers know they’re on their period – aargh!

But, there is good news, despite hundreds of official complaints the Aussie ad regulator has dismissed them all. You bloody beauty.