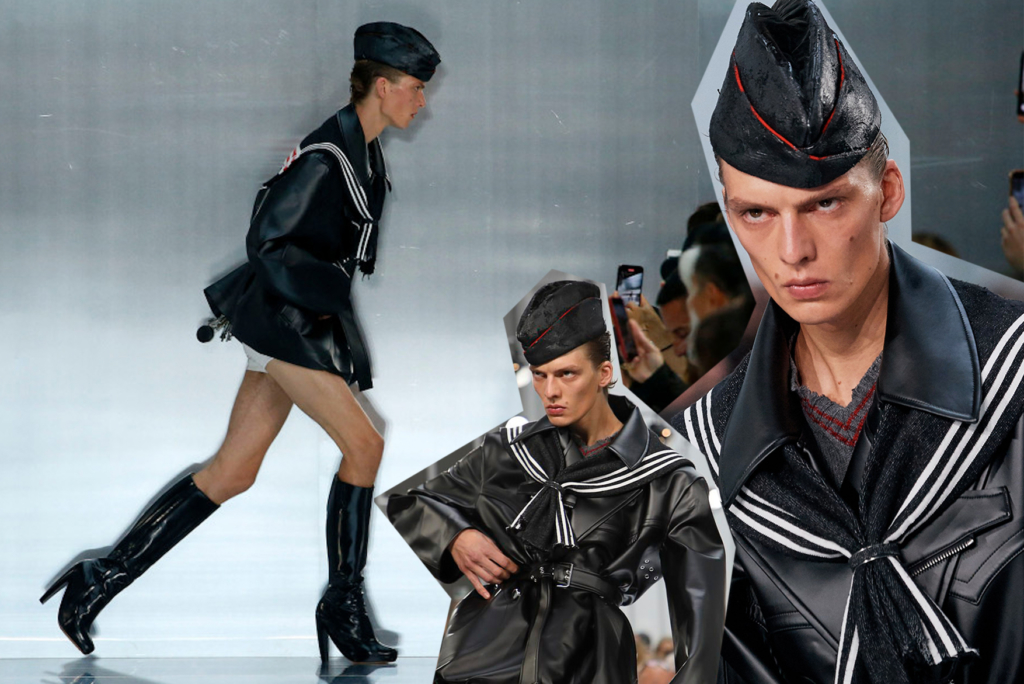 Creative director John Galliano chose Leon to close the show – with choreographic tips from movement director Pat Boduslawski. Galliano’s militaristic collection was inspired by the likes of Marie Curie and World War II nurse Edith Cavell. On Margiela’s The Memory Of… podcast, Galliano described the collection as being “about remembrance, it’s about liberation, it’s about having a voice. These people fought for you so you can vote, so use it. Make yourself heard. It’s important.” Speak up and stomp hard.

This isn’t the first time Galliano has opted for spectacle trots at FW. His debut for Margiela featured some hunched icons. “The main idea is that he just likes characters. He just likes people who look interesting in general, and have something to say.” Boguslawski told GQ.

“With Leon, he is just one of these characters who wants to always do something unusual,” he continued. “Obviously, he was closing the show, so I wanted to create something strong. It’s about hope, and about democracy, and freedom. And I just wanted to show all of that in that one look at the end of the show.”

Leon, though, first debuted his signature strut at Margiela’s Autumn 2019 show, and has been walking since 2016 and for major brands such as Alexander McQueen, Burberry, Gucci, Valentino, Bottega Veneta, and many more. With cheekbones that could cut glass and a walk that some how give us life and also leaves us ded, Leon is even Real Housewives of Beverly Hills star Lisa Rinna’s savage new spirit animal because of course.