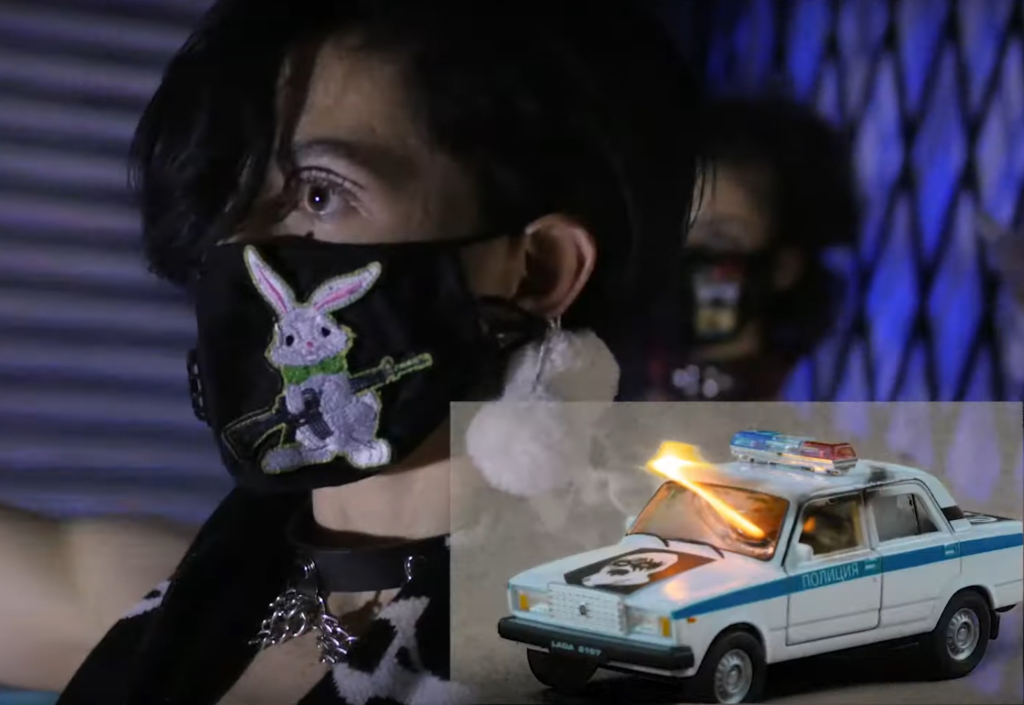 Pussy Riot doesn’t just release a music video — they post a call to action. Their last track, ‘BLACK SNOW‘, took on Putin and his cronies… and frankly, was tame compared to their new drop, ‘1937’. Directed by Pussy Riot member Nadya Tolokonnikova and Weston Allen, the visual and accompanying track protest this week’s Moscow city parliament elections and call for the release of a number of political prisoners, including 13 activists, peaceful protestors and bloggers who are currently imprisoned.

1. “Moscow case” political prisoners who needs to be released ASAP

2. police brutality & unjustified use of violence against peaceful activists,” said the band via Twitter.

In a press release, the band also shared the inspiration behind the title of the song, which came from a Russian police officer. According to Pussy Riot, when collective members Peter Verzilov and Nika Nikulshina were arrested for staging a protest at last year’s World Cup, an officer told them, “It’s so sad that it’s not 1937 right now,” referring to a time, under Stalin, that was marked by “mass murders and state terrorism,” they said in the statement.

Along with the video, the group also urged fans to spread awareness about the prisoners and leave a message for the Russian Ambassador to the United Nations, Vasily Nebenzya, through their website.