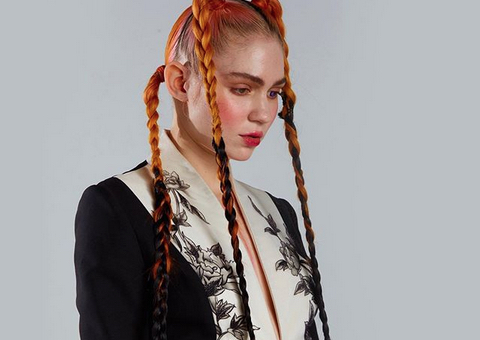 Editor’s Note: Grimes has since clarified that War Nymph is a digital avatar she has been working on for over a year, and not the social media account of her unborn baby.

To kick off 2020, Grimes announced she was having her very own art baby angel with boyfriend Elon Musk. And because it’s 2020, that unborn baby now has social media.

Earlier this week, Grimes took to her own accounts to announce that she had started accounts for her baby that she’s currently calling “War Nymph.” Fingers crossed she doesn’t change its name.

So far, the singer has only posted a few creepy 3D digital renderings of her unborn spawn, or “de-aged digital clones” as she called them, and is accepting friend requests. As she explained, the account will stay private while the baby was still “in beta form” because…. yeah, this all sounds totally normal and not like an internet hoax or the beginning of a sci-fi techno-thriller.

Either way, with parents like Grimes and Musk, it seems War Nymph is going to be one helluva force to be reckoned with. I mean, she has more followers than me and she’s not even born. #WarNymph2024, because by then, she’ll be the first female baby non-American U.S. president.