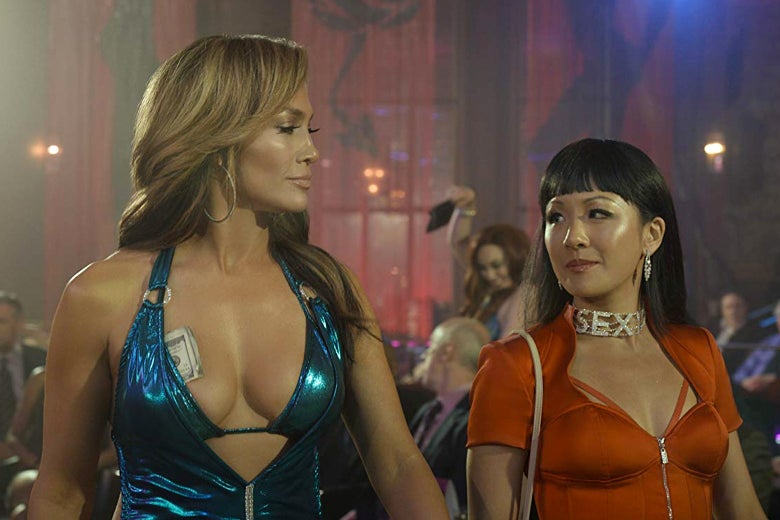 Last year, when we heard Jennifer Lopez, Cardi B and Julia Stiles were starring in a movie together… well, needless to say, we were amped. Then we got a glimpse of the first trailer and saw, in addition to the aforementioned holy trinity, Lizzo, Keke Palmer and Lili Reinhart. Enough said. But things got busy, and truth be told, we completely forgot about Hustlers.

Flash forward to Thanksgiving. I’m on a plane on the way to see my family, sandwiched between an old lady and a crying baby, whose whelps only lessened the more horrible the turbulence. Basically, it was the punchline of a really bad joke. And then, after what felt like the longest takeoff in the history of plane travel, I turned on my tiny seat-front TV and there it was: Hustlers. Like a cool drink in of water after hours in desert. I pressed play and watched.

Sadly, the movie wasn’t very good. I had read the original New York Magazine article and the story, along with that killer cast, really should’ve been a great flick. But it wasn’t… which is why it’s even weirder that it’s getting turned into a musical. Yup.

I mean, they already did Jagged Little Pill and Devil Wears Prada is coming up next. Now Hustlers?

The film is heading to Broadway thanks to director Lorene Scafaria, who revealed on the Golden Globes red carpet that the musical is already in the works.

“We’re just starting,” she told Variety. And as for whether or not J.Lo will be making her Broadway debut? “That would be a fun number, there’s so many great actors… I don’t know, it feels more fun to me to bring the club to the theater.”

My votes for Jenny from the block.