Oyster Issue 117: The Unreal Issue is available at OysterMag.Shop 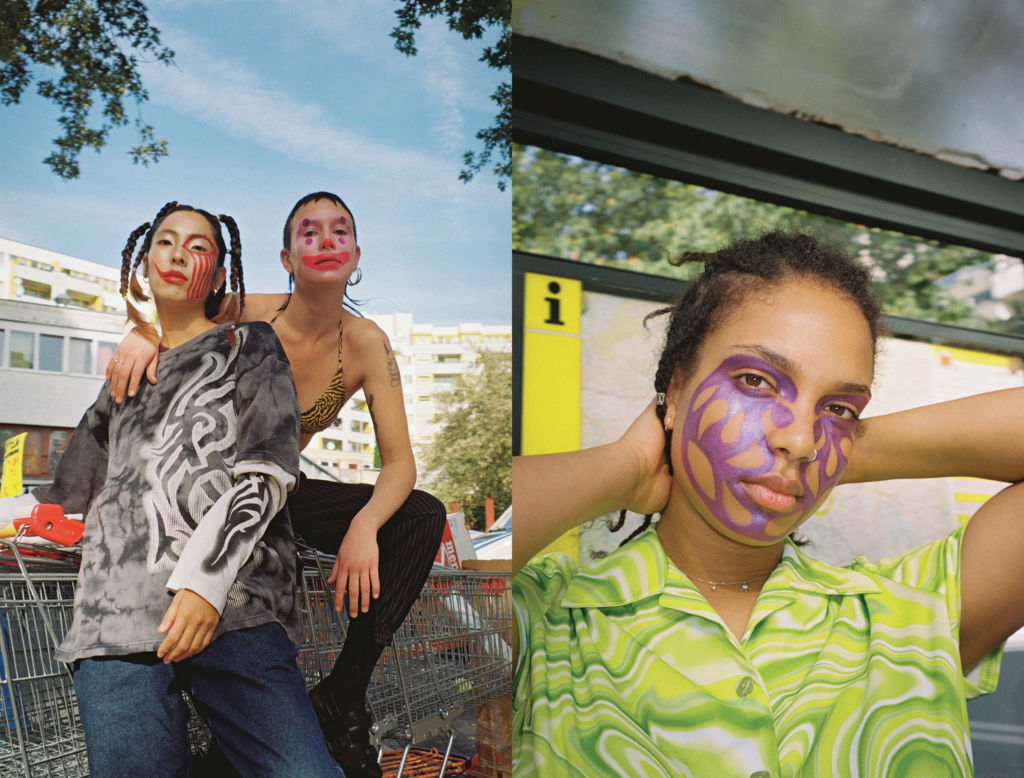 Juggalos are dedicated followers of the Insane Clown Posse (ICP), a horrorcore hip-hop group that calls itself “the most hated band in the world.” To the FBI, they’re known as a “loosely-organised hybrid gang,” but to the masses, they’re known for their counterculture – fuck you – attitude, affordable Faygo soft drink, Hatchetman mascot and tatts, and a “whoop, whoop” rally cry belted from a mouth often painted.

Despite seemingly basking in outsiders’ disdain, ICP’s Violent J and Shaggy 2 Dope have created a ‘family’ that has nurtured a deviation from the norm and encouraged ideas of togetherness since 1989.

Arguably one of the few remaining subcultures (thank you, internet), the Juggalo style and beat has lately been making its way into more mainstream fashion and beauty, and to the forefront of futurist conversations, with its apparent ability to deceive facial recognition devices. Tipped initially by the OG doco American Juggalo, made by Sean Dunne in 2011, the fascination with the mystifying, almost unsettling, group is thick.

With curiosity widely piqued, and the scene’s acceptance more imminent, Collin Husar, a Juggalette from small-town-USA, let me in on some family legacy. Contrary to mainstream documentation of the scene — mostly rowdy, wasted white guys and semi-latent sexism — Colin assures me it’s real magic. 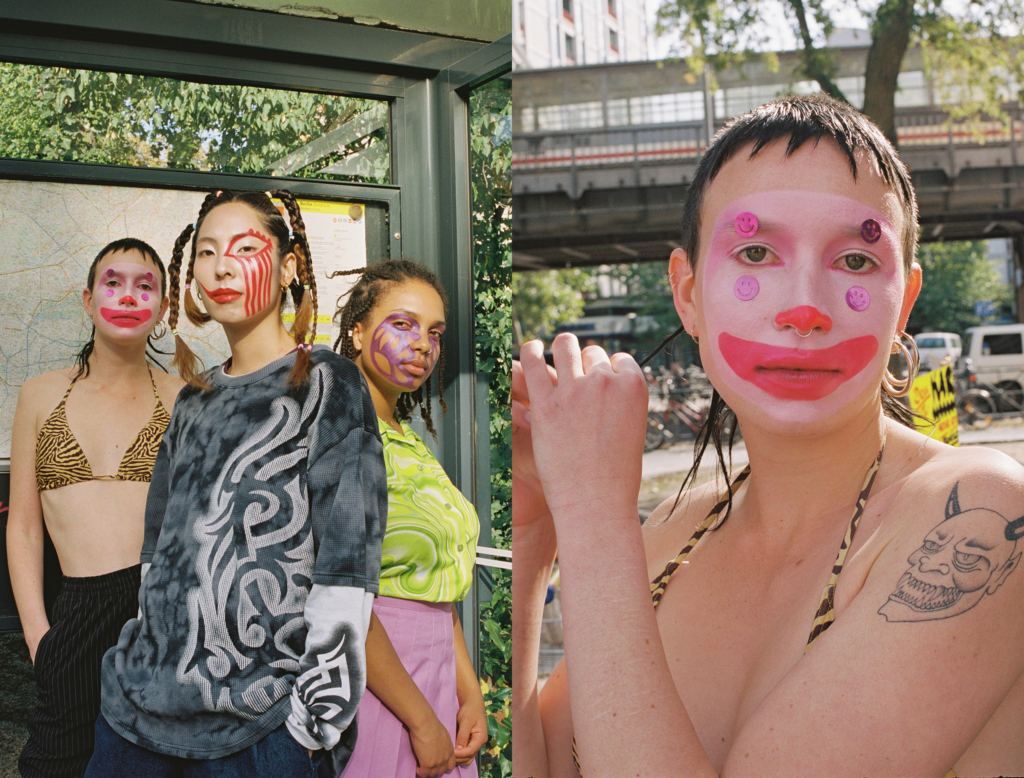 On life before joining the family:

I grew up in a small town in the Midwestern state of Iowa. My home life wasn’t always a stable one. My parents divorced when I was two — I stayed with my mother, who had two more kids with two more fathers. She always supported the men she dated, and there was always alcohol and drug abuse involved. From the age of eleven, I babysat my brother and sister while she was at work. I had a lot of responsibility at home, but my voice was rarely heard. My mum worked very hard to put us in a good school, but being lower middle class in an upper-class school was difficult. I was a sensitive and emotional teenager with a lot of pent up anger and aggression.

I was first drawn to the music of the Insane Clown Posse when I was fourteen — Violent J and Shaggy 2 Dope’s music spoke to me. They were proud to be scrubs because at least they weren’t greedy or evil. They challenged authority, the church and school systems, and they expressed all of their emotions loudly and unapologetically. This became an outlet for me. Their music hit me in ways nothing else ever had, and when I listened, I felt like I wasn’t alone – as cliché as that may sound. I attended my first ICP show in 2004 when I was sixteen, and went to my first Gathering the following summer. I discovered that the magic of the scene was not in my imagination, it was very, very real. I had found my tribe. There was no ‘joining’ — I was born a Juggalo, and I reunited with my family.

On what it means to be a Juggalo:

Everything [laughs]. It’s who I am. It’s clowning; it’s being silly and ridiculous, and not giving a fuck who sees you; it’s questioning authority and belief systems; it’s freedom; it’s art and expression; and it’s magic, real magic. Many people don’t believe in magic nowadays, but I witness it every day of my life. There’s a deep connection within us all — not only with each other but also with the Juggalos who’ve passed from this life.

On the face-paint and putting on a mask:

We paint our faces because we are clowns. We mock the state of the world we live in. Clown paint transcends race and gender. It is artistic and somewhat tribal. We paint each other’s faces, or we paint our own – it’s a part of getting ready, like braiding our hair or rocking an outfit. It’s an aesthetic and expression. I suppose you could perceive it as a mask of some sort, but I don’t see it that way… I feel more like myself after painting my face. 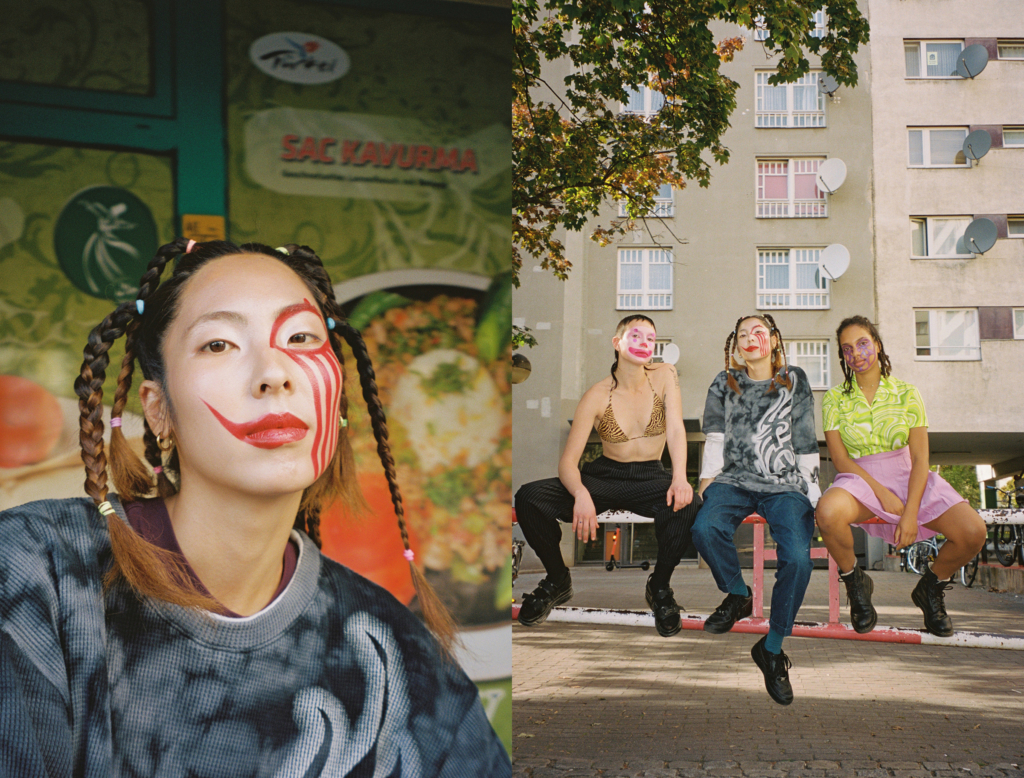 “We’re all welcome at the carnival. As long as you’re real and down with the clown, you belong.”

On the overlap between everyday life and Juggalo life:

They are one and the same. I met my husband Corey through the scene, and now we have a son together. We’re always planning our next event and chatting online with other juggs. We gossip, argue, joke, and share with our friends every day. My friends know our son and support us in our daily endeavours.

On marginalisation and acceptance within the Juggalo community:

“What’s the matter feeling like you don’t fit in anywhere? How about fittin’ that ass in with us? We take all shapes, colours, sizes, and genders. We are the mighty, mystical, mythological dark mothafuckin carnival biiitch!”… This quote from ICP’s song ‘We Belong’ sums it up for me. We’re all welcome at the carnival. As long as you’re real and down with the clown, you belong. It’s what sets us apart from other groups. The thing is, everyone is held accountable. Juggalos hold everyone as equals, almost too literally at times.

On being a Juggalette:

To be a Juggalette, you have to have thick skin and an open mind. We’ve been through a lot in the last decade or so and come a long way in asserting ourselves and making our voices heard. In the old days, it was a real boys’ club, but over the years, the ‘lettes have risen, and we continue to rise as artists and influencers in the community.

I’m so grateful for the opportunity to perform and proud to be a part of a show with such amazingly creative and talented women. None of this would have been possible without the beautiful Juggalo world we’ve created, which continues to evolve and change for the better. I’m excited about the future.