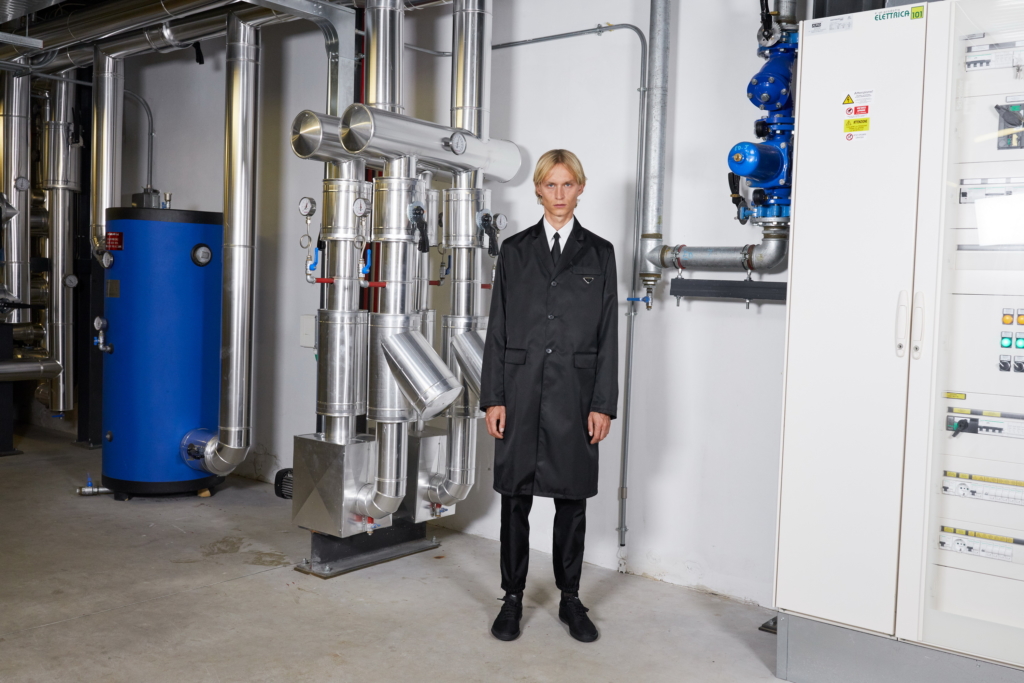 This year’s dramatic halt to non-stop world travel and social gatherings has fast-tracked a number of trends — including the digital democratisation of the once exclusively insiders-only Fashion Week show. Now, there is no show and no front row. Instead, we have digital experiences that we can all tune into — giving consumers and fans the exact same access — and experience — as the editors and influencers whose perspectives through which they would normally see the shows.

We’re all hearing lots of talk about ‘the new normal’ and what that will look like — not just for the fashion world, but the world at large — and the consensus has been, really, that things weren’t normal to begin with, so no one should know what to expect going forward. However, when it does come to Fashion Week, at least in the variation as we once knew it, some big brands have decided to skip the usual show schedules altogether, while others have decided to go the digital route… at least, for now. Which means we’re all getting the same front row experience without anyone even leaving home.

That, and the current state of the world being what it is — with widespread inequality, increasing unemployment and uncertainty, and literally no events to dress up for anyway — has raised some pretty existential questions for industry-insiders and consumers alike: is Fashion Week as exciting if it’s no longer exclusive? Do shows matter if we’re just viewing them online? And most importantly, is new fashion even relevant at a time like now?

Tackling both the challenge of presenting the multi-layered perspectives garnered from an IRL show, and what kind of clothes we even need or want for the foreseeable future, Prada nailed both with its ‘Multiple Views’ SS21 collection presentation, aptly dubbed ‘The Show That Never Happened’, which was live-streamed by the brand last night. 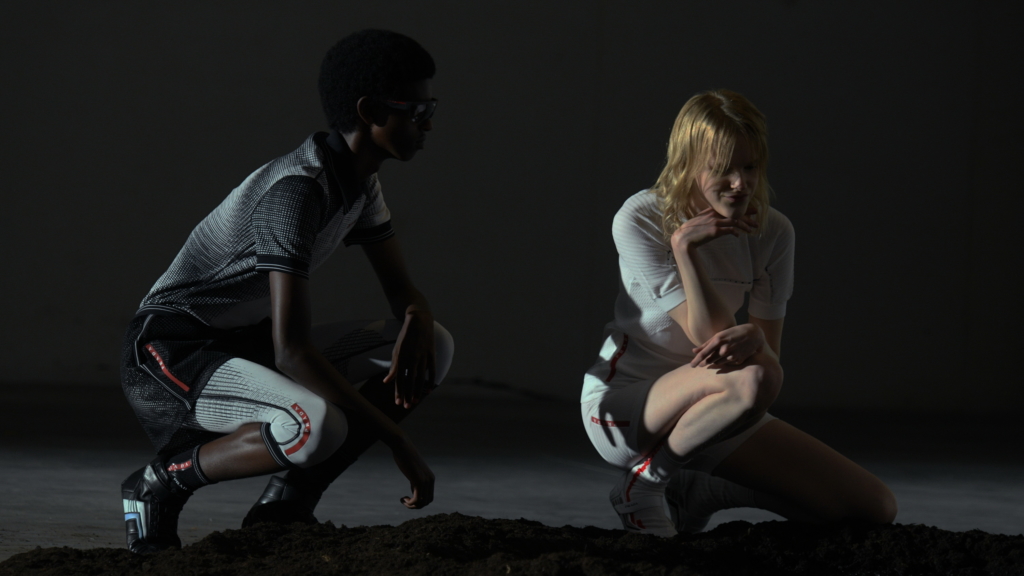 The show was presented via five chapters — each as short films showcasing the collection through the unique perspectives of five global photographers and filmmakers, including Terence Nance, Joanna Piotrowska, Martine Syms, Juergen Teller and Willy Vanderperre — which were then followed by an in-studio representation of a more traditional show format, including an end appearance and bow by Miuccia herself ☺

The creative premise, as explained by the brand in a press release, was to replace “a singular statement” with “the perspectives of many: multiple views, by a multitude of global creatives” — especially relevant, considering we’re all, literally, viewing the collection on our own, something the brand also took into consideration. 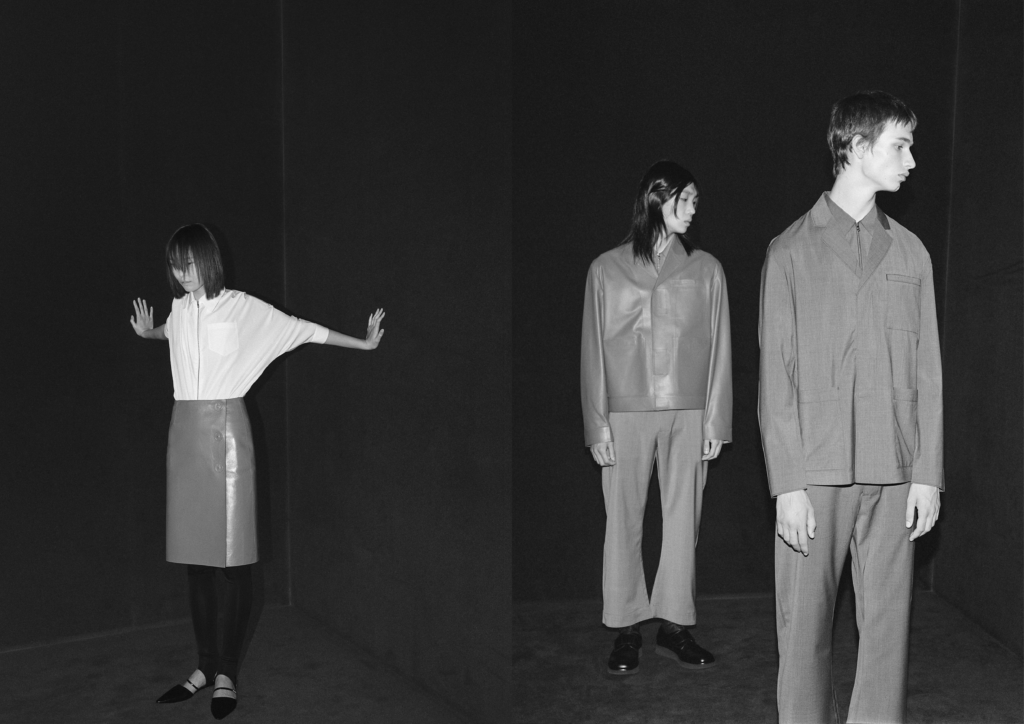 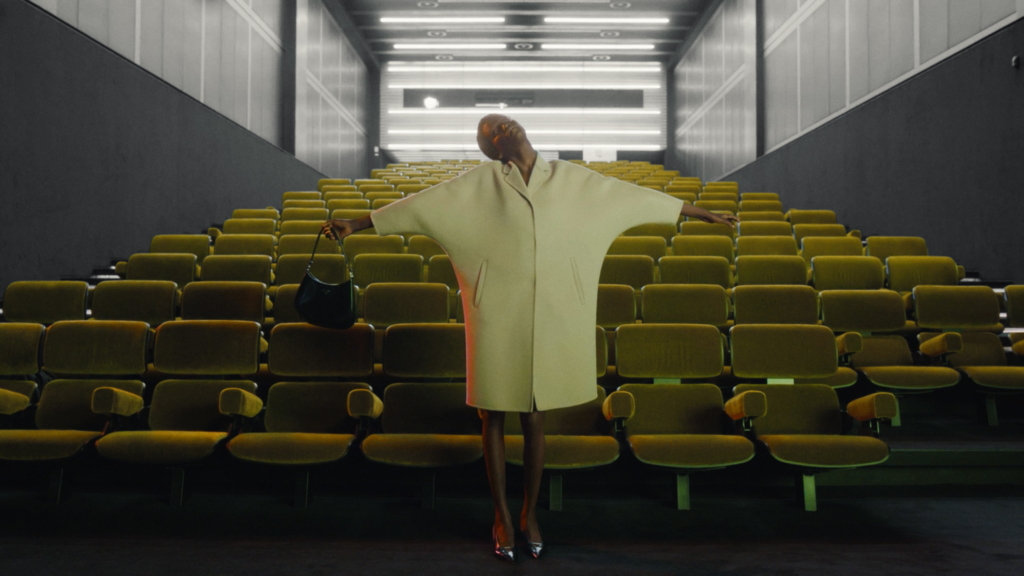 “These inherently and fundamentally echo the traditional fashion show, where each observer has their own physical and ideological vantage-point on the collection, their own opinions, their own observations,” they said. The format was also about reflecting “the reality of this Prada digital presentation: seemingly divergent but again seen by many, this time in their own environments, their own time, their own worlds.”

Recognising that we are all looking for ways to connect, whilst still living very individual and separate lives, the intention was for the presentation to be “an embracing celebration of that multiplicity — when people cannot commune, we can establish a different type of community, united through ideas, goals, beliefs.” 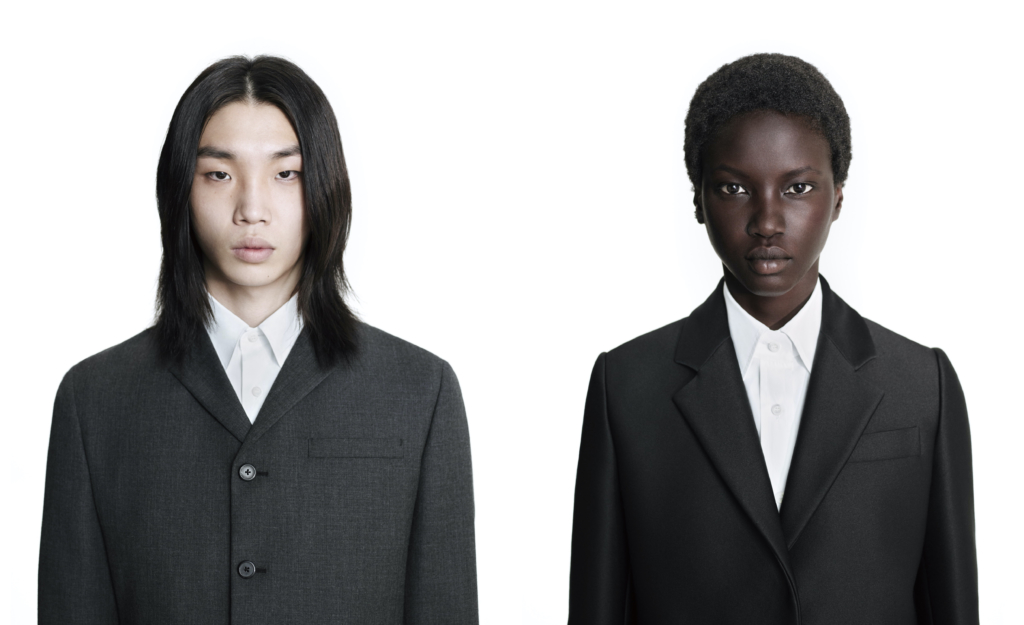 As for the collection itself, the brand honed in on what’s always been at the core of their design perspective: really great clothes that are “simple… with with a use and a value, a longevity and a place within people’s lives.” And in contextualising its place and purpose in today’s world, their proposition is that “as times become increasingly complex, clothes become straightforward, unostentatious, machines for living and tools for action and activity.” Sounds about right.

The result was a tightly edited collection of looks that we could easily justify as ‘needs’ and ‘investment pieces’, and that fit more closely with the stealth wealth aesthetic popular in times of austerity than the albeit stunning stand-outs like flame shoes of some past collections (though, TBH, those also felt totally necessary at the time). Think classic Prada tailoring and timeless luxury casuals that you can mix and match — we’ve been advocating the tailoring meets leisure-wear look for a while now — and will last us through all stages of what life and work might look like in a hybrid lockdown meets sometimes-IRL world we’re still trying to imagine for 2021. Basically, buy now (well, in early 2021), wear forever, however, wherever… which is an extremely low cost per wear proposition if you think about it. 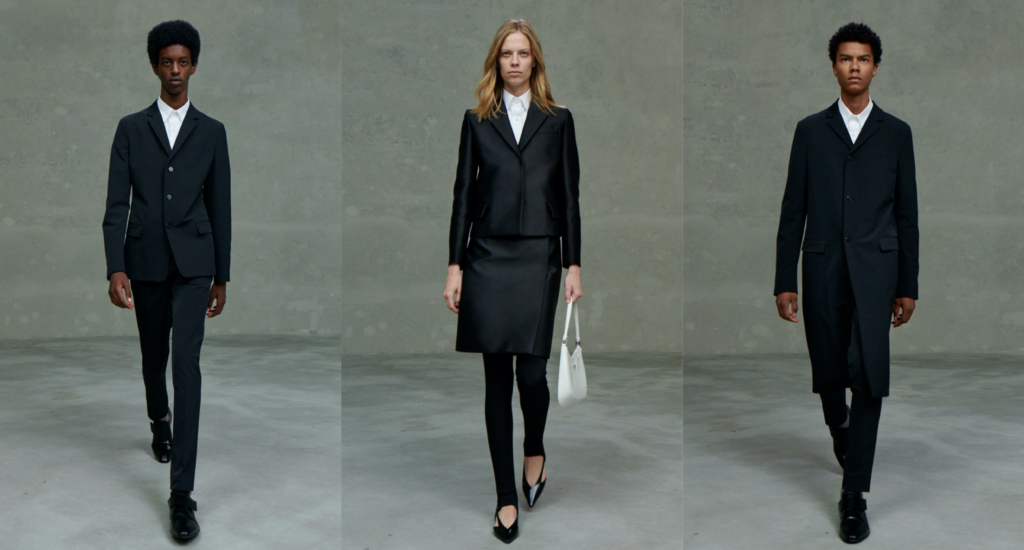 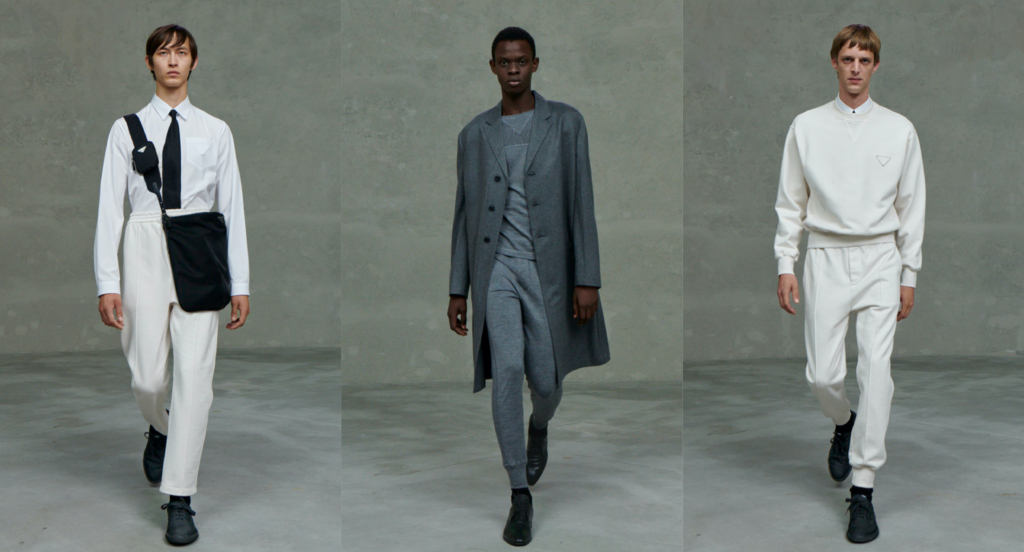 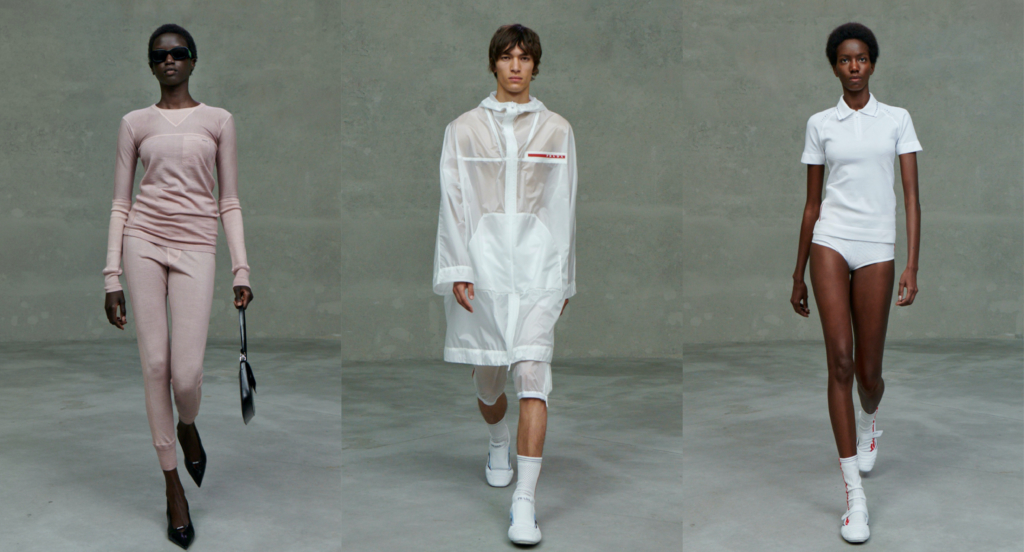 And because time also doesn’t mean much in our current reality, it’s totally fine if you missed the live-stream — you can still watch the full presentation for yourself, below. Afterwards, be sure to read on for more about all of the creatives that contributed to the Multiple Views presentations and their thoughts on the Prada S/S ‘21 ‘Show That Never Happened’.

“Prada evolves and changes every season; this season, the part we were shooting and filming felt like an honest collection. Stripped from fashion ideas, which turns that idea into fashion again. It also felt introspective and slightly schizophrenic. A look into the past with the future ahead. I hope that the audience feels that in the movie, a distilled pure and honest presentation of the collection.”

“It was an honour to be asked to photograph and film Miuccia‘s last collection. I thought the men and women looked beautiful, elegant and modern. I enjoyed looking at Miuccia‘s vision and trying to make sense of it as honest and direct as possible.”

“Gesture and physicality are an essential non-verbal form of communication and play a big role in the conceptual and compositional aspects of my work. The finger snap, is a quick and subtle yet attention-demanding action. It is also used to indicate approval or to maintain rhythm. I thought that this short could be an interesting space to work with the snap as a recurring motif that marks the movements and refocuses the viewer’s attention to each new look.”

“The video is a collage of multiple formats and features iterative, repetitive movements intercut with beautiful people staring at images of themselves on monitors and screens in Milan and in my studio in Los Angeles. Since the collection pieces have a 60s feeling to them, I tried to include several references to cinema culture and surveillance/sousveillance from that time period to the present. I’m inspired by the way screens have come to make & unmake.”

“The film that came through was born of speed and play, I have no words through which to decode what the meaning is and was and will be but it may be about ‘time’ – and keeping your organs in that vessel we call a body while it contorts itself to love each second as it goes bye bye.”

All images and videos courtesy of PRADA