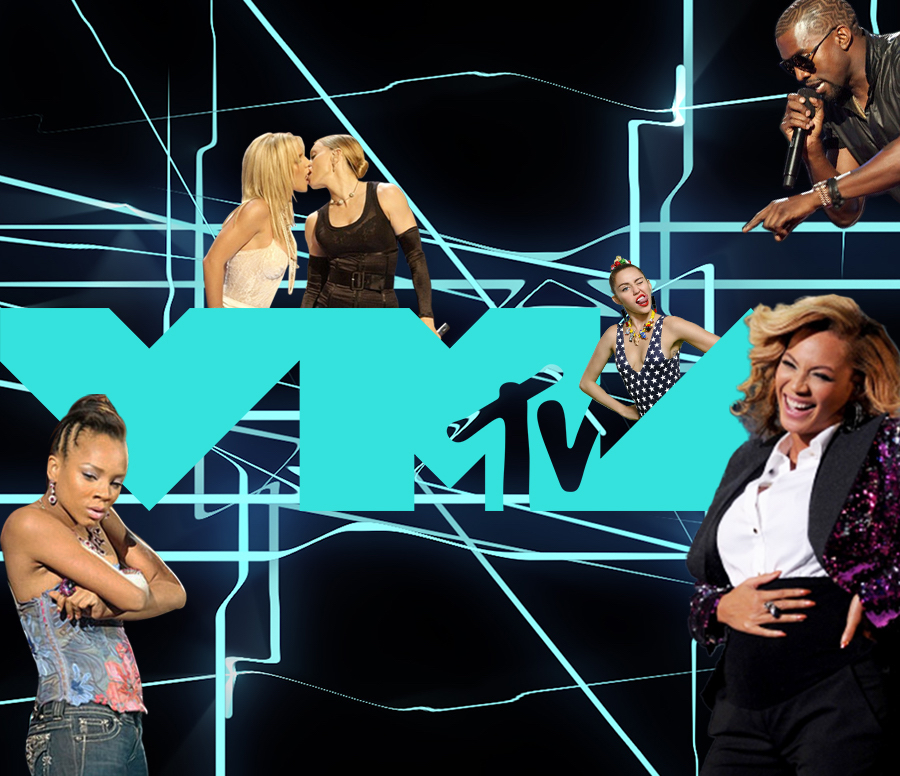 Even though the rest of our lives have been put on halt for, like, ever, there’s one thing we can count always on: the MTV Video Music Awards.

The show will go on for the 2020 VMAs, making it the first live awards show to happen since the COVID-19 pandemic started. Set to take place on Sunday, August 30 from 8 to 11 pm EST, this year’s VMAs will happen IRL at various outdoor venues throughout New York City, deviating from the original plans to host the event at Barclays Center, according to Rolling Stone. Hosted by American actress, singer and all-around angel Keke Palmer, the ceremony will feature performances from Lady Gaga, who hasn’t performed at the VMAs since 2013, to BTS, who are making their VMA debut, and tons of other killer performers like Miley Cyrus, Ariana Grande, and Doja Cat.

Of course, with everything like it is rn, nobody knows exactly how it’s gonna go down. We have one too many scorching questions, with little clarity on whether or not there’ll be a red carpet, over-the-top speeches, or unscripted (and PR-nightmare) moments like when Courtney Love crashed Madonna’s interview or any of the usual iconic insanity that is the VMAs. So, to pass the time, we’re revisiting the ghosts of Video Music Awards past, reminiscing, cringing, crying at all the best moments.

Here’s the shitshow that has been 2020 so far, as told by VMA moments worthy of the history books:

We started off the year with the same New Year, New Us mentality that we always do, our giant Telfar bags filled to the brim with resolutions to drink more water, hit the gym, start flossing, see the world—whatever. Let’s liken it to a glowingly pregnant Beyonce unveiling her baby bump during her 2011 “Love On Top” performance, filled with glittering hopes, dreams, and everything nice.

We met somebody or two; things are going peachy, maybe even better than we expected. We’re loving life, and life is sweet-loving us. Cue us as Justin Timberlake with Madonna, Christina Aguilera, and Britney Spears during that unforgettable 2003 moment. Madonna is our minds, Christina our bodies and Britney, obvi, our souls.

This is around the time we realized the “2020 Vision” that we thought we had was actually cataracts with blinding astigmatism. Now thanks to COVID-19, all the plans we had were abruptly interrupted, and everybody’s uncomfy AF. You already know what VMA moment this is. We’re Taylor and 2020 is Kanye West.

Don’t be embarrassed if you didn’t remember this one at first, but during Jay-Z and Alicia Keys’ 2002 VMA performance of “Empire State of Mind,” Lil Mama climbed onstage and made a spectacle of herself and forced her way into their set (skip to the 5:45 mark in the clip below to get straight to the action). We’ve never resonated with Lil Mama more — not really sure how we got here, but we’re still trying to have a good time even from iso. Either way though, we just want it to be over.

Being on Zoom, Google Hangouts or FaceTime constantly, it feels like all of a sudden, the intimate parts of our personal lives are no longer so intimate. There are cameras everywhere 25/8, and we think our co-workers might’ve seen us naked. While hosting the VMAs in 2015, Miley Cyrus had several malfunctions that led to cameras snapping her breasts, and we’ve never related harder.

As if lockdown wasn’t enough. When it rains, it pours, and after witnessing several shocking instances of police brutality, the world is finally standing up against systemic racism. Fiona Apple’s worlds from her 1997 speech couldn’t ring truer or more relevant, because sadly, the world is still bullshit.

Delirium has officially set in. We’re as disoriented as MJ accepting a non-existent Artist of the Millennium Award. To give you a little backstory, the VMAs decided to pay tribute to the icon on his 44th birthday, but there was a BTS miscommunication that led the star to believe he was receiving an actual award, so he gave a full acceptance speech anyway. Basically, us on every Zoom call. Thank you for this great honor.

During his comeback performance in 2015, Justin Bieber cried during his set… Enough said. After the event, the singer attributed the outburst to the pressure of wanting to do well. As our favorite restaurants and shops are finally starting to reopen, we’re feeling the same way about being in public again.

Though this iconic moment might not have happened at the VMAs, by the time September rolls around, we’re still hoping to pull a Mariah Carey: “Isolation? I don’t know her.”