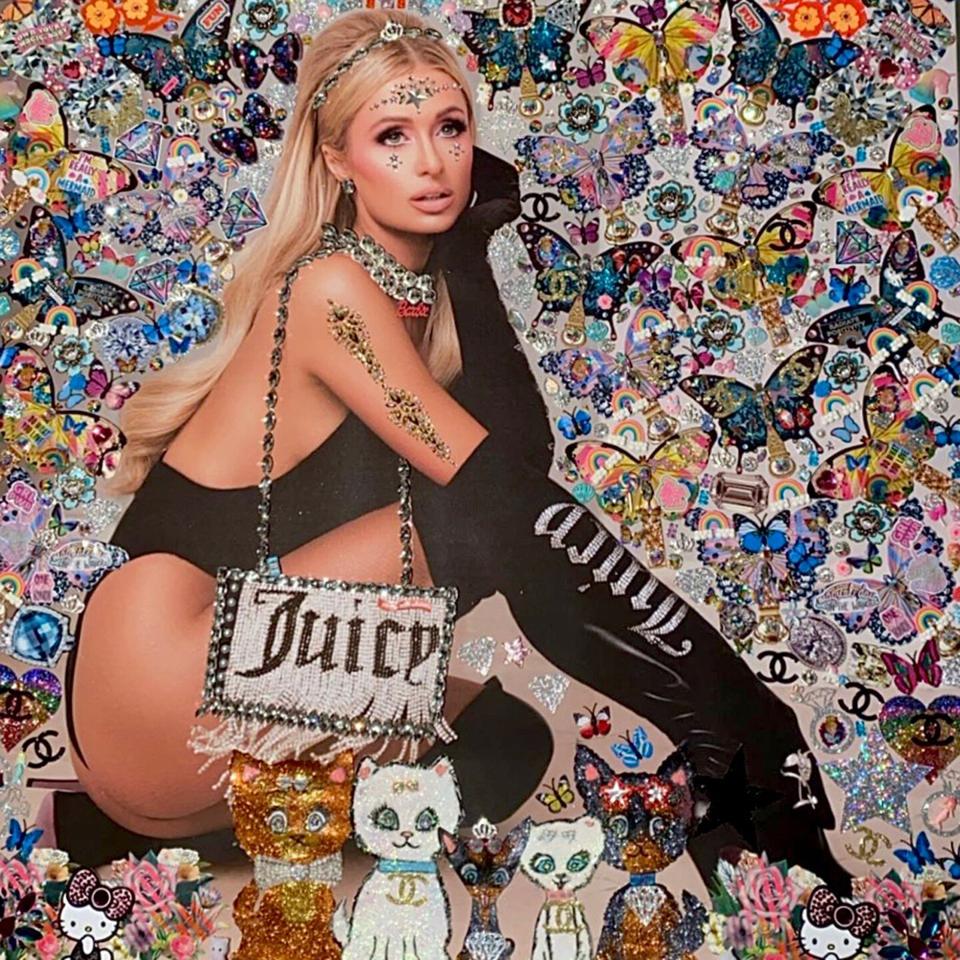 Everybody who watched The Simple Life won’t be surprised to learn that Paris Hilton can paint. And if you weren’t convinced then, our Issue 117 cover star’s resume is probably longer than yours. Beyond being the OG influencer, she’s a DJ, singer, app developer and business woman who has released 27—yes, 27—perfumes in recent years—so yeah. She’s an artist. Periodt.

“I love it when people underestimate me, because I always prove them wrong. Loves it,” she told Oyster and her sister Nicky in our interview.

Paris, who has taken to making pop art collages, debuted her latest piece “I Dream of Paris” at Los Angeles’ Corey Helford Gallery last week, before it was auctioned off for over $50,000 USD to benefit the Starlight Children’s Foundation, according to Forbes. It features a glammed-up Paris, dripping in Juicy Couture, enveloped by rhinestone butterflies, rainbows, designer cats, and flowers. Of course, we wouldn’t have her any other way.

While the Starlight Children’s Foundation is one that Paris has worked with extensively in the past, it’s far from the only charity our girl gives to. She’s also worked with the American Humane Association, the Nancy Davis Foundation, and The Sasha Project LA, to name a few.

Philanthropist, artist… it’s hard to say exactly what Paris will be up to next. When we spoke to her last, she announced her new biographical film for YouTube, This Is Paris. “It’s a documentary based on my life—the real, untold story. My entire narrative has been based on the media’s perception of me… But now, people are finally going to see who I really am, and they’re going to be really surprised,” she says. Set to premiere on Thursday, September 17, the movie trailer dropped on YouTube yesterday and made waves on the Internet, hinting that Paris discusses her past traumas and giving us a glimpse into The Real Paris.