Back in 2013, for Oyster 103: The Hang Out In Real Life Issue, our then editor Zac Bayly caught up with international man of mystery Frank Ocean. The interview accompanies a world exclusive cover shoot by Frank’s video-maker Nabil Elderkin. During their conversation, Frank shops for pants, talks up his mate Nabil and provides an insight into his infamously involved process. Read the full interview below. 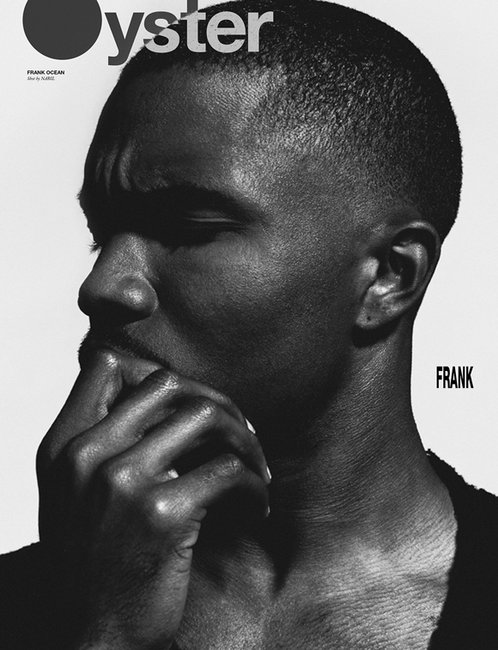 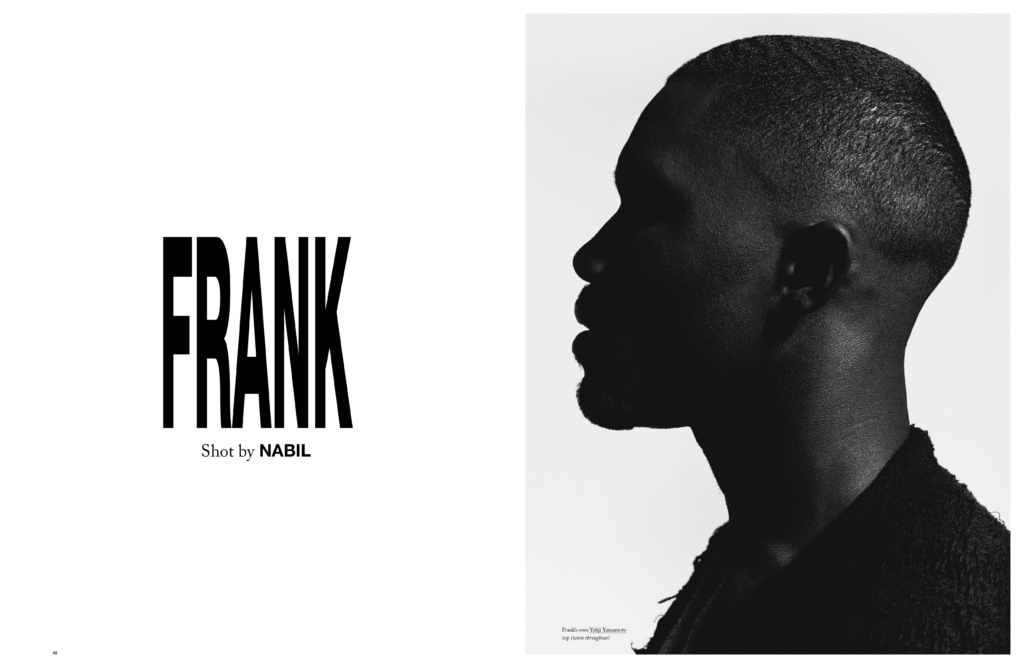 Not bad. I just woke up. What about you?  Are you an Aussie?

I’m from Australia, yes. Can you hear it in my accent? I actually suck with accents. I wouldn’t have been able to tell.

What have you been up to today?   Um… just hanging out with my little brother. He’s about to be twelve.

Are you the oldest in the family?  Yeah. How about you? Do you have any brothers and sisters?

What have you been listening to lately?   I’ve kinda been obsessed with old Aretha Franklin stuff.

What’s your favourite song of hers? ‘Daydreaming’… I’m really distracted today. You know, if I didn’t live in LA I would have a much more refined daily dress-code. But since I live here… The weather’s great, but it’s also a little forbidding in the sense that I can’t wear a tonne of layers all the time and be really…

Slick? Be really posh and shit — wear stuff of that nature. 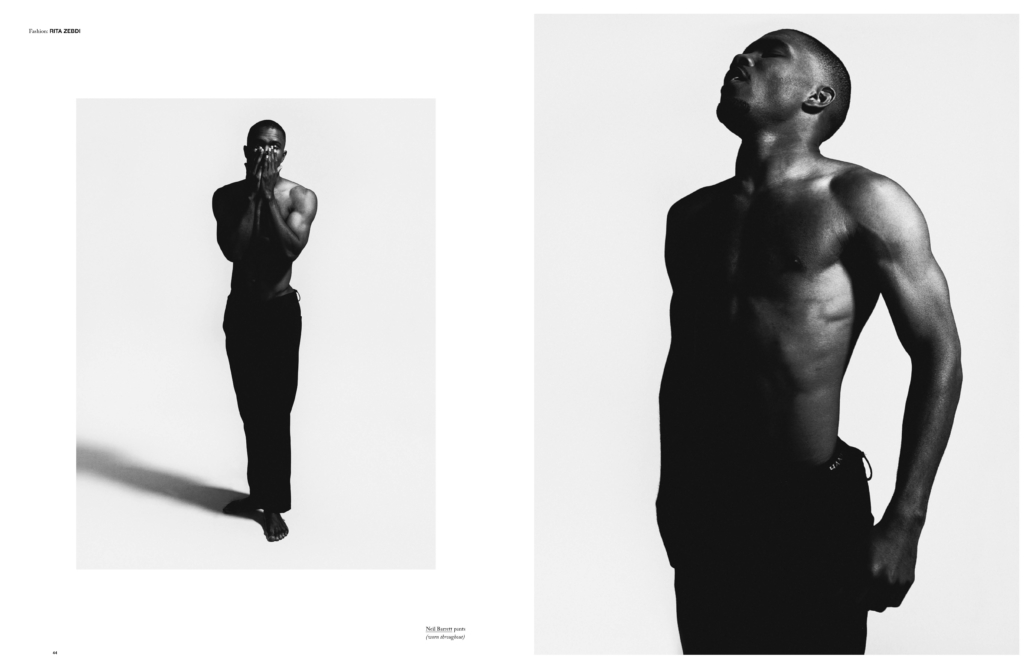 Where are you right now?  I’m at a store for pants.

What kind of pants are you buying? Pants that hide my legs and my privates.

Those are usually the best kinds of pants. [Laughs] They are.

I hate shopping for pants. It’s the hardest thing in the world!  Yeah, you can’t just go and buy new pants. And then, when you discover the pants, it’s this euphoric feeling all throughout your body, because you know you found the right pants [laughs].

So, [our cover photographer, who also directs Frank’s music videos] Nabil tells me that you love everything to do with Eastern culture, especially martial arts. Why’s that? I went to Tokyo, and apart from it being really hot and humid, it was one of my favourite trips. I wasn’t going there for a show or anything. I was just going there to hang out. I’d been there for a couple weeks, and there’s just something about the pride that they take in their work. That, I kind of gravitate towards. I mean, not to make my response too simple, but that’s probably at the core of why I like so much of what comes out of that part of the world. They have that attitude towards their work: pride and presentation…

Yeah. That’s important. I feel like lots of people want to be a famous such-and-such but they don’t necessarily want to put in all the hard work to get to the point where they’ve created something incredible, you know? I feel like that’s a somewhat natural progression for the ambitious. They imagine themselves in a position before they’ve actually done the work to be in that position. So, the fantasy of the imagining is like… You know, it’s the whole chicken or the egg thing [both laugh]. You’re right, though — it has to be work first.

Yeah. Your ambition needs to be to create something good, not to be famous or whatever, you know? You’re right; you’re right. And even… Well, I think what you’ve said is correct. You have to be ‘work first’ for the benefit of the whole system that you’re a part of. People need to direct their energy towards making something great and useful, you know? It should be common sense, but… it’s not! [Laughs]

Sometimes I feel like people don’t realise it’s actually an incredible amount of work to do anything well. Yeah, I can relate to that — I can relate to both sides of that, because at different times in my life… hmmm. How do I say this? You know, I didn’t ever have a disciplinarian in my creative life. As a young person I didn’t have — for lack of a better word — I didn’t have a Joe Jackson in my family. I didn’t have that sort of overbearing stage-parent… Or, even, I didn’t even have a parent who encouraged what I did in that way. And — don’t bring out the strings section, it’s not really sad — what it did foster is… Well, my attitude was pure. I love to make music, and I love to write. It was writing first. I love to write and express myself in that medium, so that was the pure part — just the love of doing something, but there was also this fantasy of what the lifestyle would be and what the trappings of success would be. There are different little montage clips that you make up in your mind, like what a day in the life would be like once you’re a fully grown whatever-you’re-going-to-become, you know?

Yeah. I think every decision I make in life is based on a montage that I see in my head. Yeah — yeah. I think that was me, but there was a transition — and it wasn’t like I just woke up and had an epiphany, but it was a transition where I began to realise that if I didn’t really begin to focus on the work, I couldn’t see any way for me to become who I wanted to become. It just wasn’t gonna happen. And then somewhere in that time of my life it was like… Instead of wanting to get to a certain level of fame or how much liquid assets I had under my name, it was more like, “How well can I develop my skill set?” You know? “How far can I push my creativity? If I’m gonna do this — if I’m gonna be a singer/songwriter — then OK, I’m a singer/songwriter, but how can I be the best?” 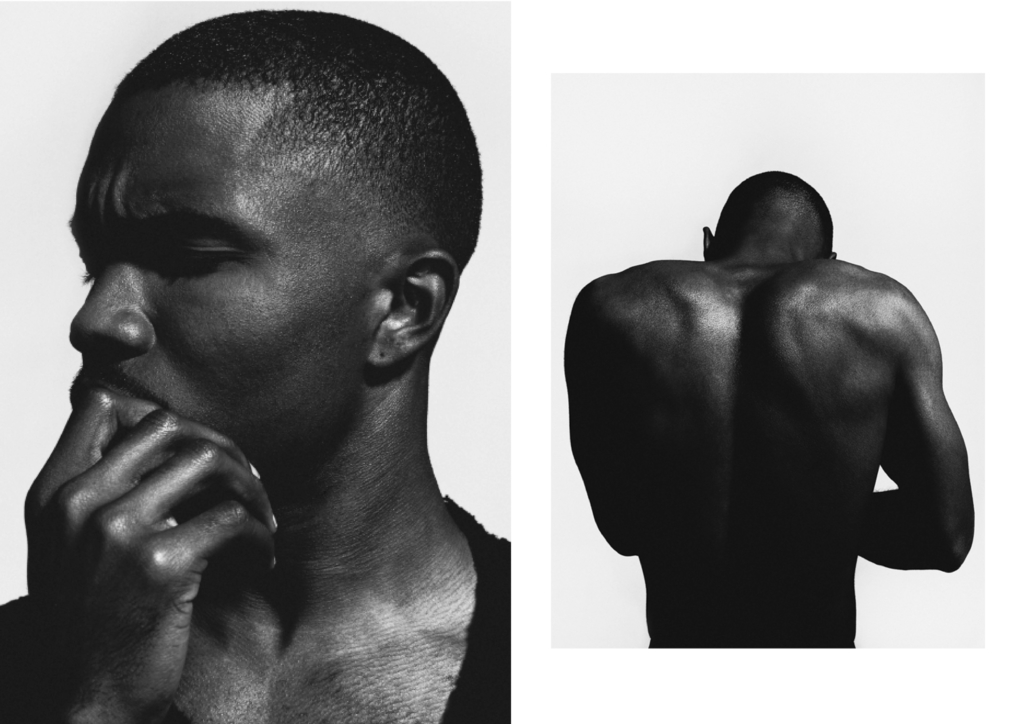 I know what you mean. Writing is most certainly an art form — and you have to keep balancing, juggling like circus actors, negotiating between the business and the craft… I’d almost lean towards saying that’s an art form in and of itself also.

That’s a very stimulating aspect of the whole thing — balancing the business and creative side.  Yes, I’d agree. Stimulating is the perfect word [laughs].

What is the worst thing you’ve been called? The worst thing I’ve been called… hmmm. I mean, it’s less about what someone calls you, and more about who’s calling you that. So, I don’t know the answer to that question. I’m a bit impervious to the things that people say, depending on who’s saying it.

Yeah… 99% of the people who comment on your existence don’t really matter. Right. Yeah. I’m fairly aware of that. I try to upflip things and have thick skin no matter what people are saying, but when people are closer to you… You know, you get into a spat with someone you care about, and they say some shit they don’t mean, or that they do mean, which makes it more emotional, but… You know — you get over it. 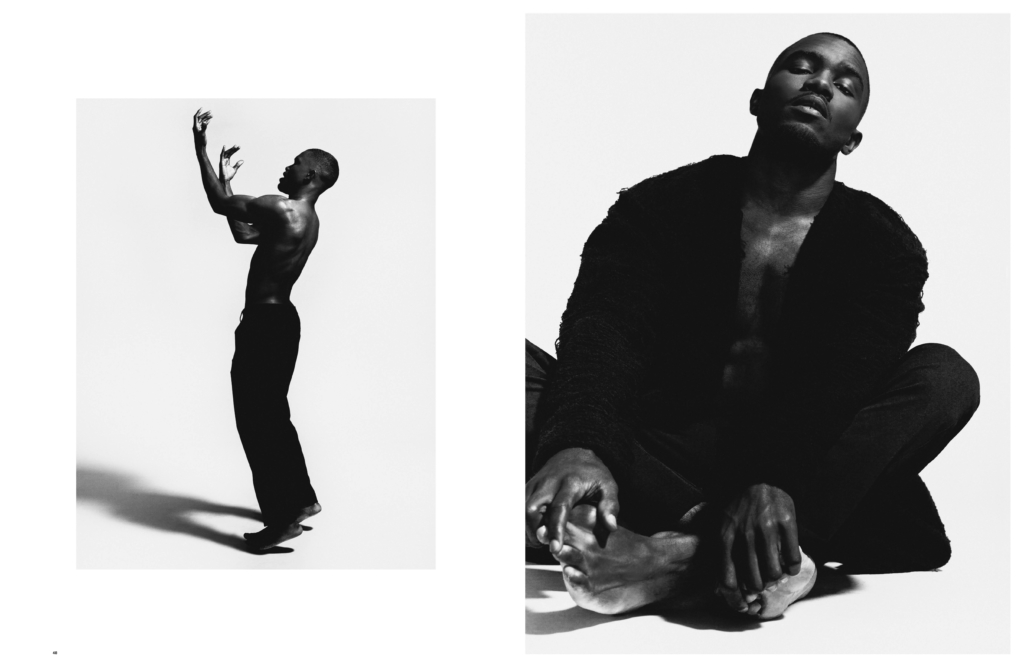 Do you think I could be the next Oprah based on this interview?   [Laughs]

Will you be a guest on my show? You need to learn how to cry.

So, what can you tell me about Nabil? Nabil’s cool. He’s a cool guy. I feel like he should spend more time in war zones taking photos. You know, some people I meet, I feel like they just don’t belong in LA. He’s one of those people. He needs a more intense environment.

Do you feel like you belong in LA? Do I feel like I belong in LA? Hmmm… Here’s my feeling about LA: LA is this massive place, and you get so many types of lifestyles and shit here; you find all these pockets. Take my friend who lives in Malibu, for example — I think that’s still LA County. So, he lives in LA, but he lives in a place that doesn’t look like it’s in LA. For all intents and purposes he isn’t in the same LA that I live in at my place in Hollywood — we might as well be a state apart considering how different it is. So, I can see myself belonging in certain parts of LA. Right.  Like, when I say that about Nabil, I feel like Nabil doesn’t belong anywhere in LA County. Nabil belongs in Saint Petersburg, Russia, for a little while, or he belongs in a war zone taking iconic photos — risking his life for the shot. I think I could use a couple years away from this city — I think I could definitely use a couple years away from this city. Seven years is a long time.

Bailey?  At my middle school, actually.

What were you like in school?   I was a thug. I sold a lot of cocaine and crack.

You sold cocaine and crack? All the time.

Wait — so you were reading Harry Potter and selling crack? Um…

[Frank’s voice becomes garbled and the call cuts out. From that point on, Zac’s calls go to voicemail.]