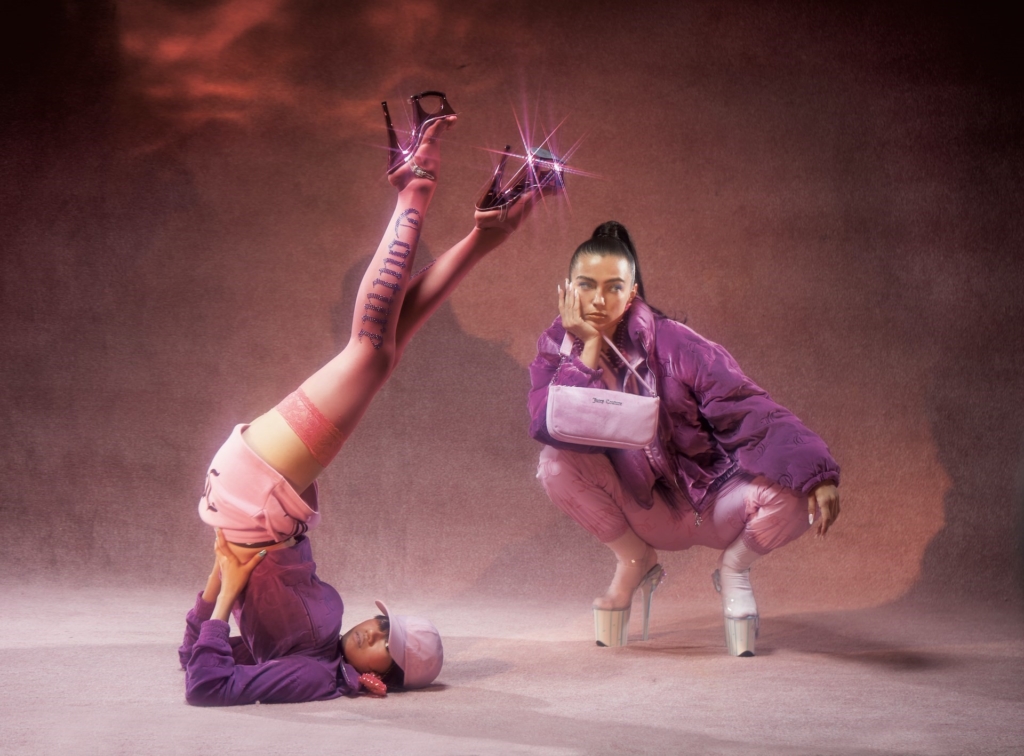 No one does 2000s style quite like Juicy Couture. And since the aughts have made a serious come back the last few seasons, it’s no surprise that the decade-defining label has, as well.

For their latest collection, the brand has redefined their iconic jumpsuits for the modern era — think: oversized hoodies and Juicy’s signature rhinestone logomania updated in a cool gothic font — giving us a glamourous take on athleisure. I mean, if we’re going to be locked up likely ’til the end of the year, we might as well do it in style, right? 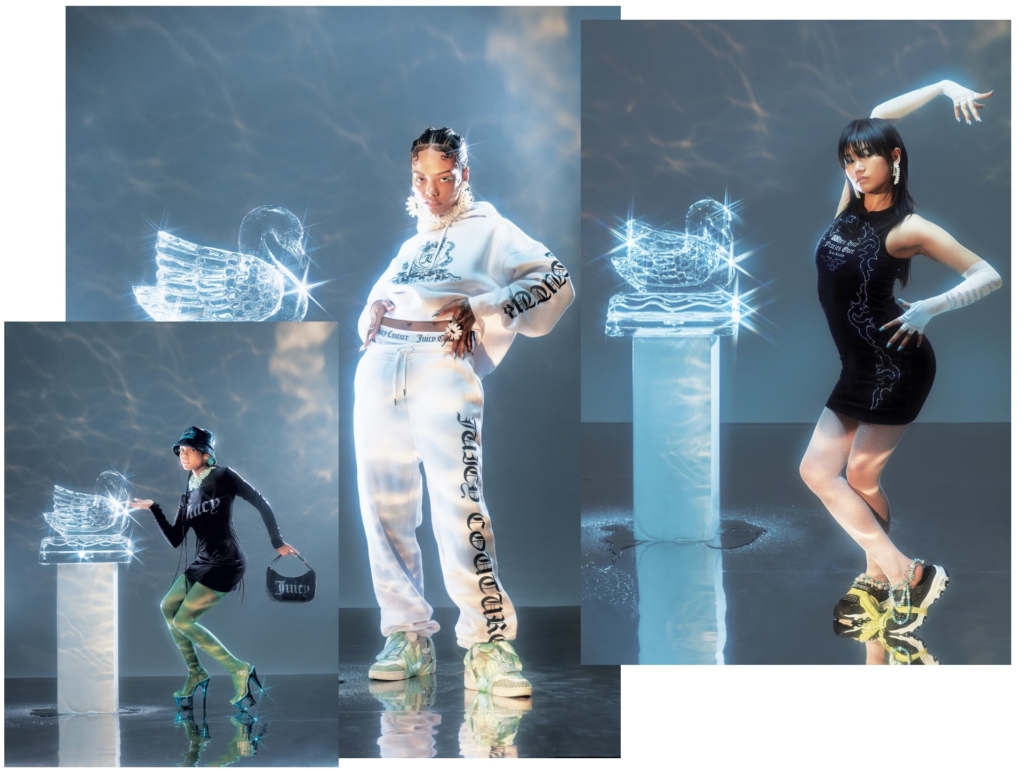 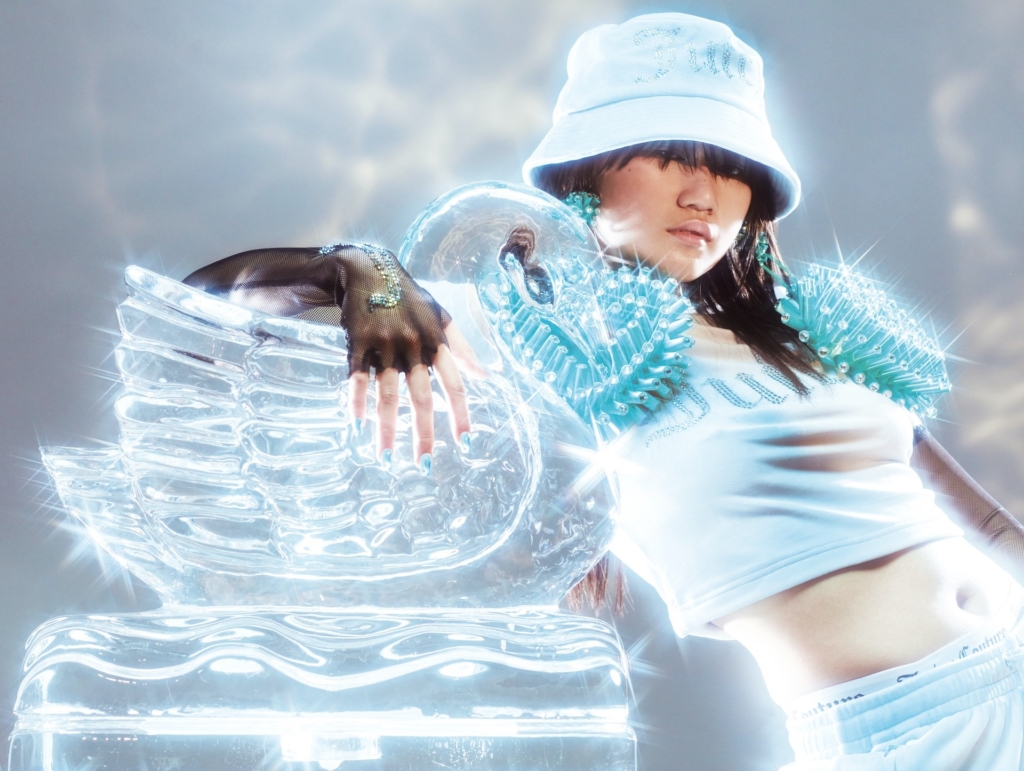 The collection mixes some of our favourite moments from the ’80s, ’90s and Y2K, coming together to create the perfect glitzy dreamscape. There’s diamantes, exaggerated shoulders, oversized hoodies, puffer jackets, glam accessories (including giant earrings and tiny bags) and of course, velour. In fact, this season’s version of their signature tracksuit is done in “ultra velour, with a bit of added drama through exaggerated shoulders and an emphasised, deep-sculpted waistband,” says head designer Amy Gibson, pointing to a western diamanté tracksuit and matching dress set as the collection’s standout looks.

“[They’re] just the right amount of extra, but super cheap. An ode to the rhinestone cowboy, with a Juicy twist,” she said. 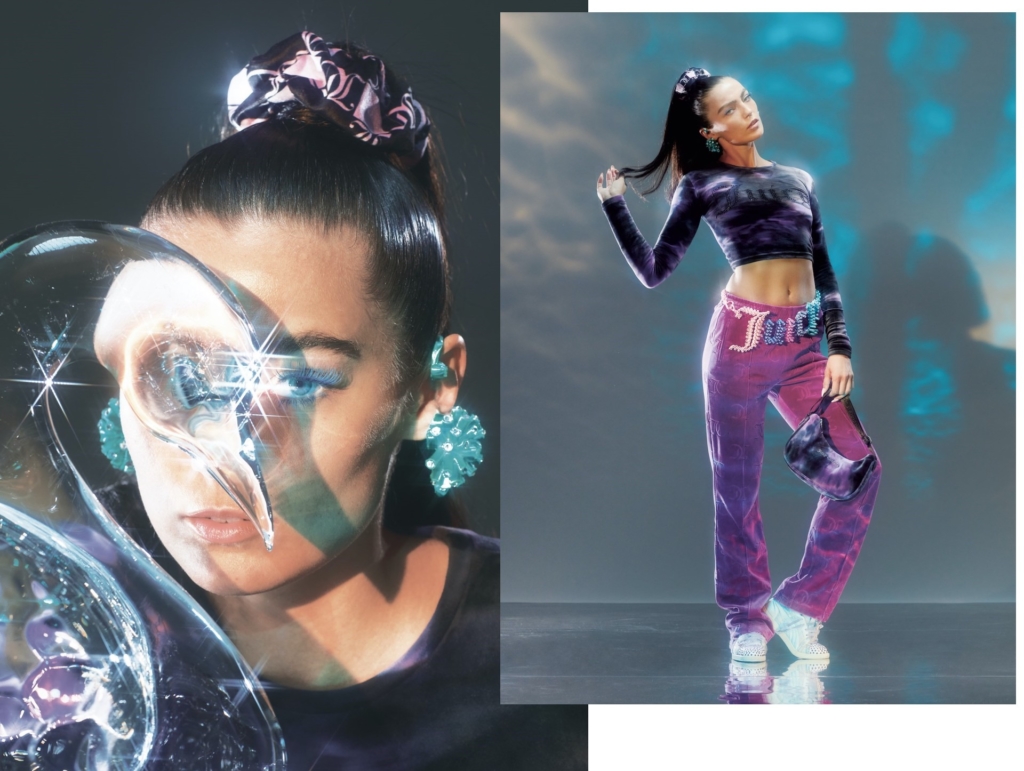 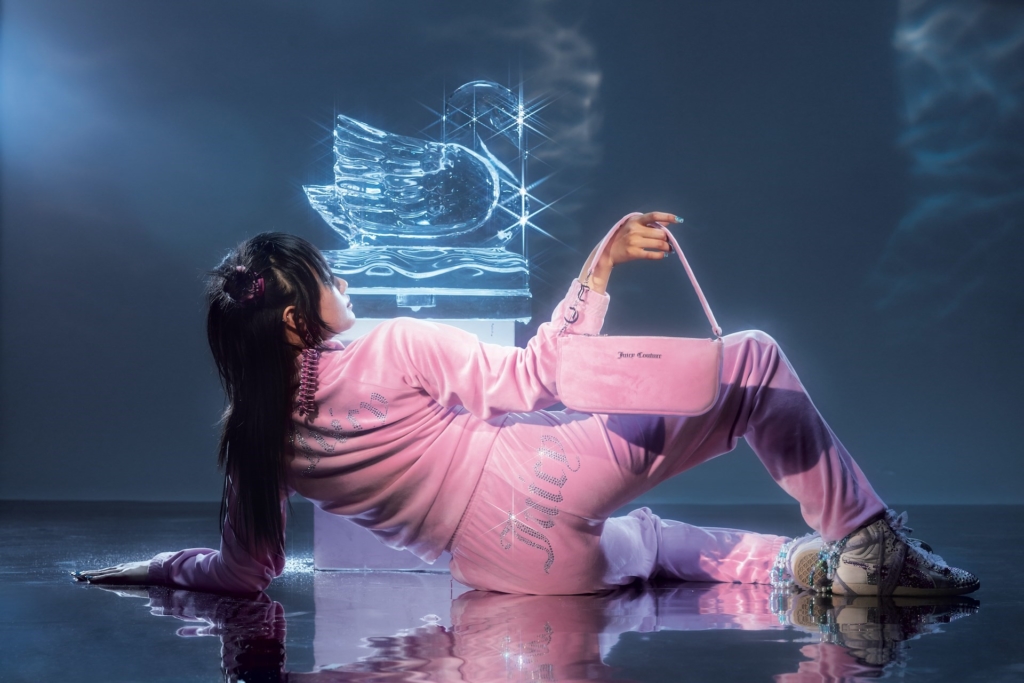 When it comes to inspiration, Gibson and her team also channeled legendary and “resilient” women, as she called them, from the ’80s, ’90s, ’00s and now: TLC, Doja Cat and the women of the TV drama Dynasty — both the OG and The CW’s current remake — were at the top of her list. The designer, who got her start working at Beyonce’s Ivy Park, also found inspo in athletics, taking major cues from Olympic gymnast and all around icon Simon Biles, as well as the original bad girl figure-skater, Tonya Harding.

“Figure skating was a massive inspiration for us, particularly vintage imagery from the late ’80s and early ’90s,” she said of her moodboard for the collection. “We looked to so much incredible grainy footage from competitions. And of course, in exploring skating we were heavily influenced by Tonya Harding, an icon!” 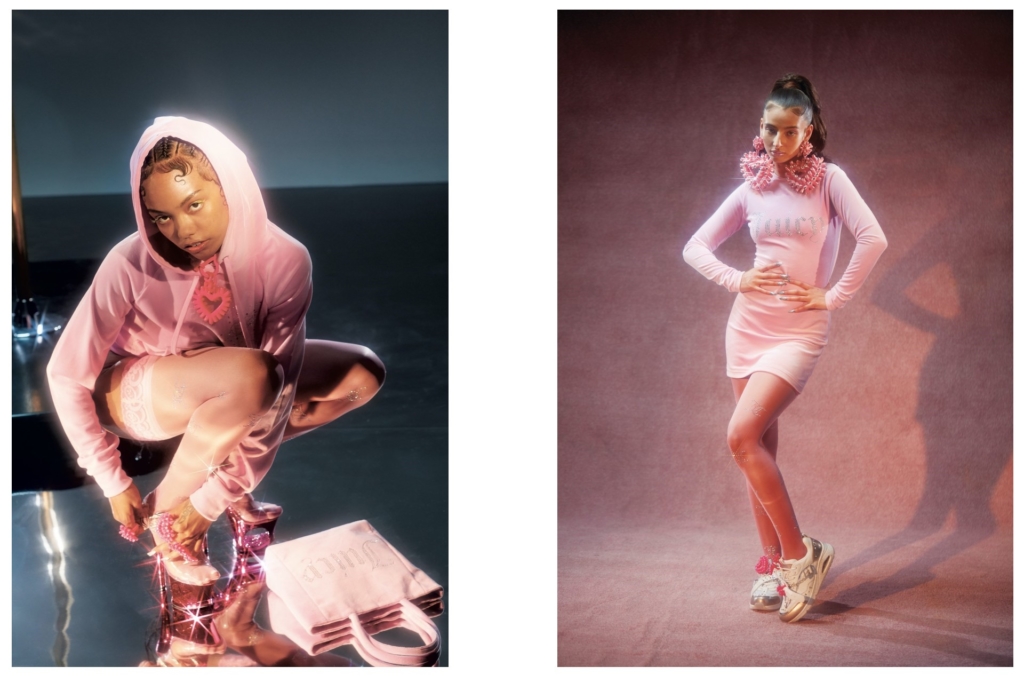 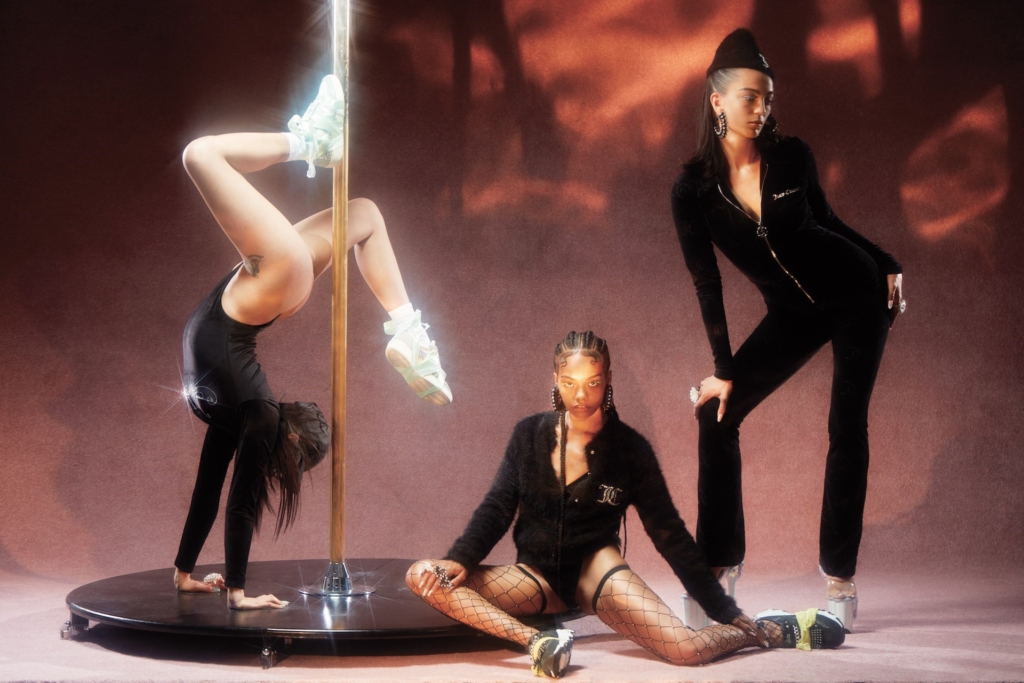 For Gibson, the collection is another step in her goal to continue evolving the Juicy Couture legacy: “As a designer it’s such a thrill to explore what this brand means beyond the tracksuit, as true ready-to-wear,” she said.

Though we’re hoping they don’t move too far too soon. 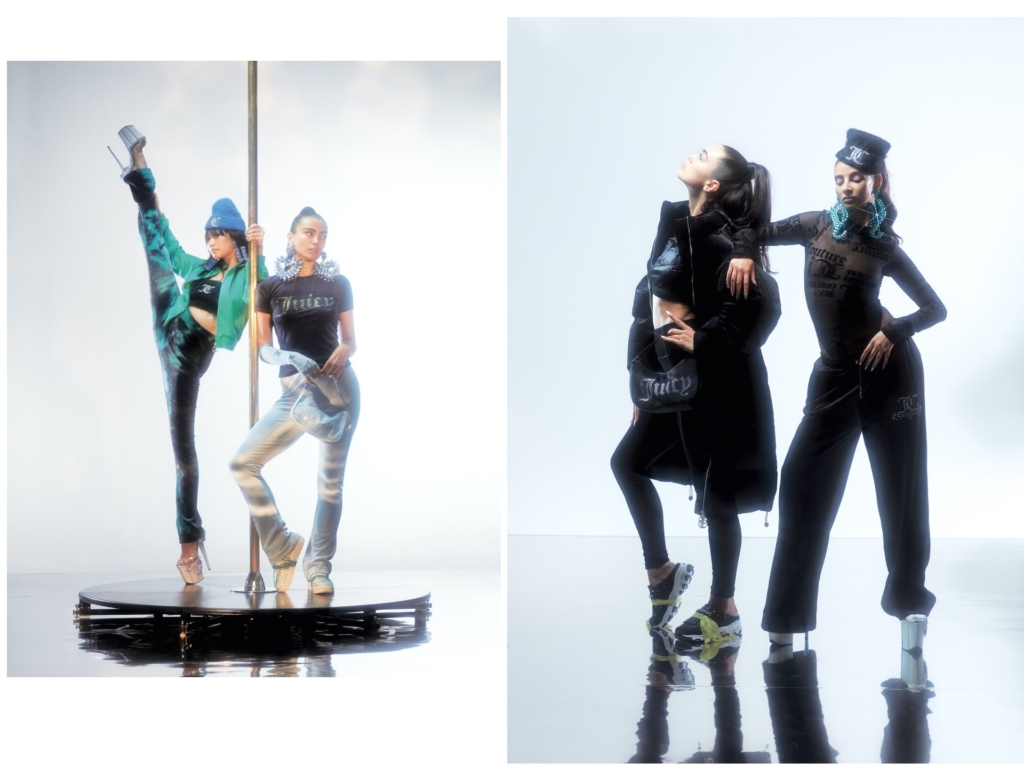 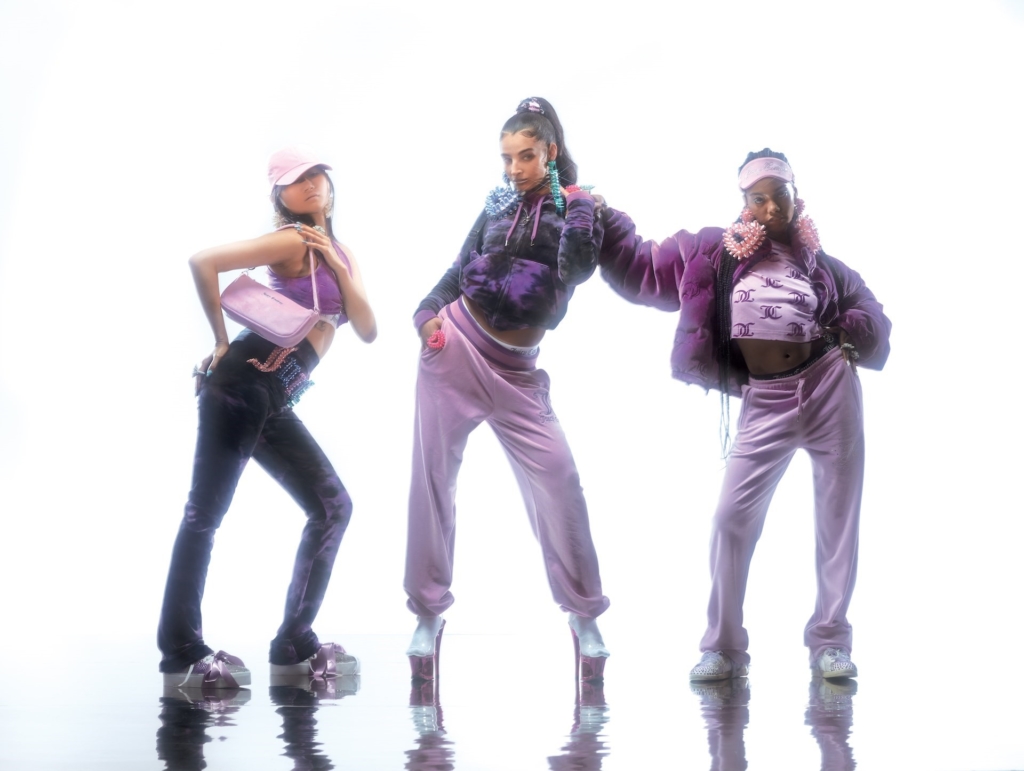 Peep the collection above. Who says you can’t look hot while you WFH?