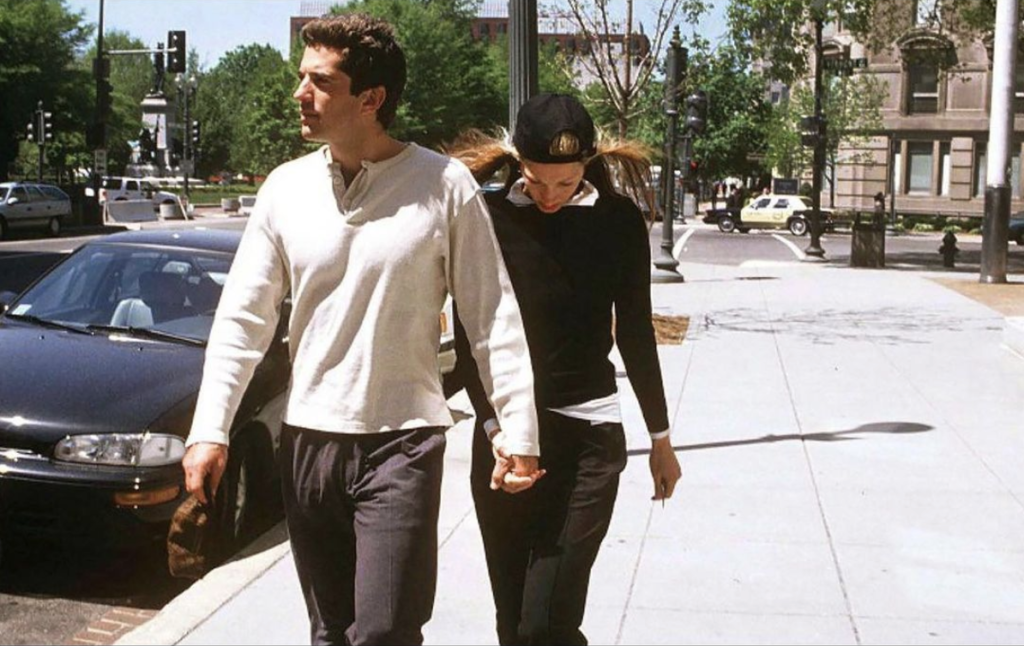 On Friday (August 13, obv), king of campy horror, Ryan Murphy announced that he’s adding two new sagas to the American Horror Story franchise: the first, American Sports Story, picks up right where Season 1 of American Crime Story: The People v. O.J. Simpson left off  by telling the story of football player-turned-murderer (sound familiar?) Aaron Hernandez; but the second is where things get a little more interesting. For the debut of American Love Story, Murphy will chronicle the tragic tale of John F. Kennedy Jr. and Carolyn Bessette-Kennedy.

JFK Jr. or “John John” as he was called by friends was the son of late-President John F. Kennedy and a lawyer slash journalist who many thought was primed to follow in his father’s footsteps; Carolyn Bessette was a former fashion model-turned-Calvin Klein excec and all around It Girl who hung out with Kate Moss and became a ’90s fashion icon in her own right thanks to her classic American laid-back style. The duo fell in love and got married in one of the most talked about weddings ever — a private affair with Carolyn in a Narciso Rodriguez custom dress that has been copied and moodboarded ever since the day she wore it.

They were tabloid darlings, with photographers always shooting the couple looking elegant, refined and well… perfect. They were an the original It Couple… like the ’90s Cape Cod version of Justin and Hailey. They were often snapped leaving fancy events, him in a classic suit or tux, her in sleek Calvin Klein slips or black trousers and white button-ups; or walking around NYC as OG street style icons in jeans, LL Bean sweaters and beanies. Basically, the entire world shipped them before shipping was even a thing.

But like so many It Couples, all of the pressure from the media, the gossip from the tabloids and the fame started to wear on the couple and rumours began swirling. The National Enquirer even caught a super public fight they had in the middle of NYC’s Washington Square Park in 1996 and published the photos. Three years later, the couple died in a plane crash. The tragedy shocked the world, leading to a ton of tributes — and even more rumours and conspiracy theories. Over the years, more details have emerged about the couple and their life, but other than the dozens of iconic photos (which have made their way around the web on thousands of Tumblr and Instagram accounts dedicated to their style), so much remains a mystery. That, along with the glamour, the controversy and the tragedy… seems like a perfect fit for Ryan Murphy.

“What started out as a beautiful union for the young couple, widely regarded as American royalty, began to fray under the stress of the relentless microscope and navel gaze of tabloid media,” said a press release about the show. “The pressures of their careers and rumoured family discord ended with their tragic deaths when his private plane crashed into the ocean on a hazy summer night off the coast of Massachusetts.”

No word on release date, but we do know this: Murphy and his team will surely do the couple’s iconic style justice.