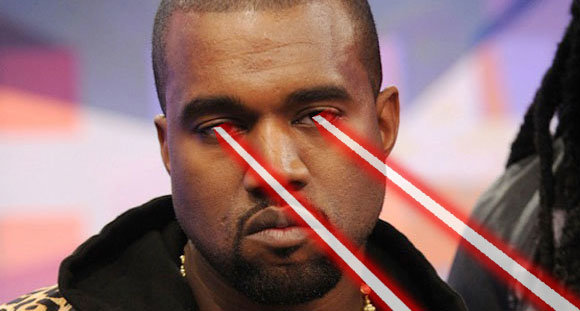 You might remember Kanye’s recent trainwreck of a Yeezy 4 presentation, where “multiracial” models passed out all over the place, sweating through their nude bodysuits, because of extreme heat and extreme shoes. The fash rapper copped a fair bit of flack from the fashion media of the world (us included), and while he recently apologised for the giant shemozzle, he’s just done a complete 180 in a recent interview/rant for W magazine. Grab ya popcorn.

Saint’s dad went super saiyan on everyone who ripped on his latest collection, in a classic Kanye diatribe that goes for days. It’s laden with expletives, and serves as a reminder that Kanye is in fact a creative genius with a “f*cking ph.D. in art”, and does not give a damn what you plebs think of him. Revel in its beauty below:

“I refuse people who write me off as some rich kid taking a hobby, fashion as a f*cking hobby or a fashion plate. How could you even dare to think that, that you’re on the same level of this, blah, blah, blah? And the entire time, no one, um — very few people even knew that I have a f*cking Ph.D. in art, you know? And not that that would even make the difference, but me saying that makes the difference to the exact people I’m talking to it’s, like, shut the f*ck up.

I will f*cking laser you with alien f*cking eyes and explode your f*cking head. Shut the f*ck up — try to write a rap. Okay then. I made this f*cking T-shirt, now shut up. And it cost me everything I had and I gave everything I had.”

Another noteable is when he ~aptly~ compares himself to the cartoon Vanellope from Whreck-It Ralph:

“Okay, so you know when Penelope puts together her car? And she’s like, ‘Made it myself,’ and everybody that has professional cars, they say, ‘Look at you with your little car and you’re going to do this,’ and then they break her car, right? That’s basically the fashion world to me.”

And, Buddy The Elf, from classic Will Ferell movie Elf:

You can peep the whole interview here.