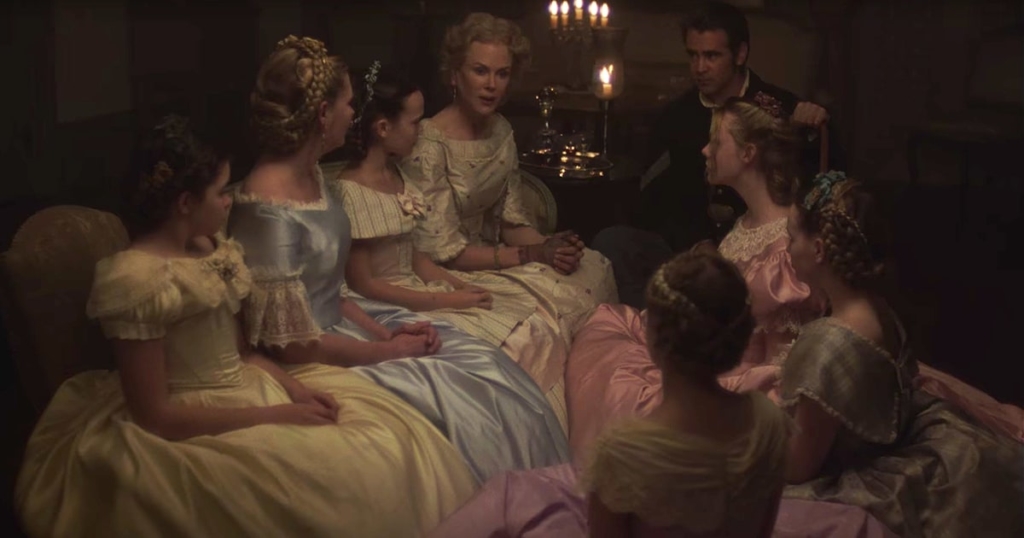 Sofia Coppola has been working on a doozy of a film. A civil war revenge story, starring her fave Kirsten Dunst as well as Nicole Kidman and Elle Fanning, and my lordy it looks good.
It’s based on Thomas P. Cullinan’s 1966 novel A Painted Devil, which is about a soldier (in this case, Colin Farrell) who takes shelter in a girl’s boarding school and ends up sexing up the joint with his manliness. When the girls figure out that he’s ‘killing’ two birds with one ‘stone’, if you catch my drift, they basically decide to try to actual kill him.
So once Colin has popped enough buttons on enough chests, the girls take action with poison pie, rags, chloroform and a saw from the smoke house.
The Beguiled hits cinemas June 23.
Photo: YouTube