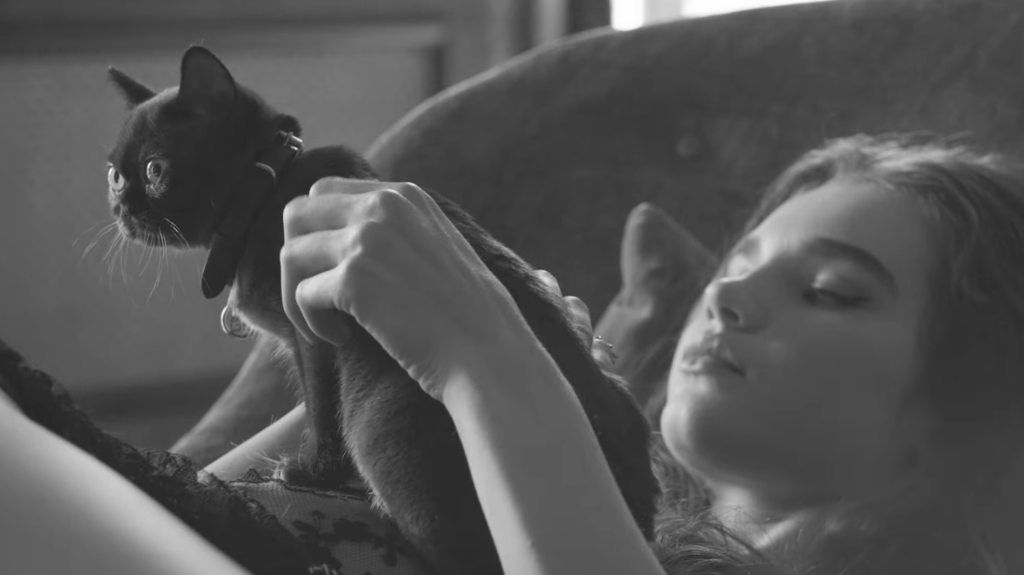 Shot by Steven Meisel in a private manor in NYC, it gives us a glimpse of Clare’s vision for the house. The cats are a direct link to her exploration of the archives, where she found evidence of a love of animals and a collection of silk prints from 1953 featuring a photo-realistic cat with orange eyes.

“I love the idea of a woman with a feline air,” the designer said in a press release. “A person may seem slightly reserved, but they have that serene, straightforward gaze. They’re seductive. You want to meet them, know more about them, and be like them. I wanted to play with that modern attitude and expression because I feel like it’s an apt metaphor for Givenchy’s current evolution.”

Clare’s debut collection for Givenchy will be shown at Paris Fashion Week on October 1, 2017.