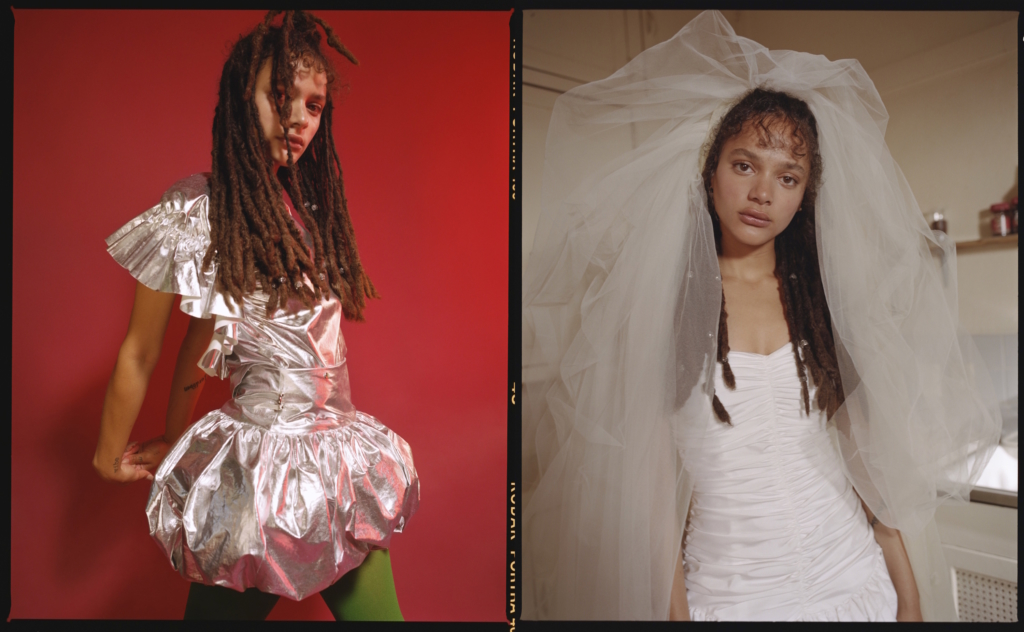 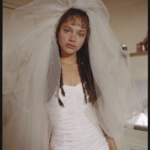 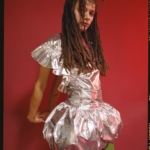 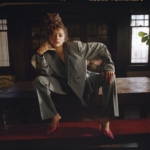 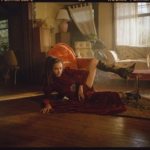 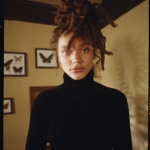 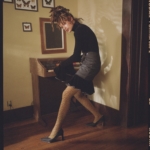 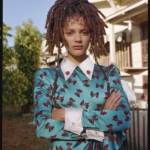 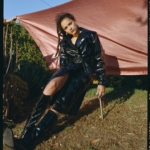 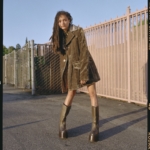 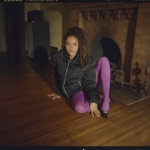 Despite being a self-described (and actual) chiller, Sasha Lane has a game plan. Sure, this might sometimes be to just kick back on the clouds over a world of smiling flowers… but more often than not, she wants to challenge herself and her industry by standing her ground. So far she hasn’t faltered.

Sasha is best known – at least so far — for her breakthrough role as Star in Andrea Arnold’s American Honey (the Jury Prize winning film at the 2016 Cannes Film Festival, no less), followed up almost immediately with a Louis Vuitton campaign and more recently a spot in Tim Walker’s all-POC 2017 Pirelli Calendar. An impressive, but also carefully considered, CV for someone seemingly plucked from obscurity by Arnold during Spring Break in Miami. With parts in three unique upcoming films, including the highly anticipated story of gay conversion therapy The Miseducation of Cameron Post, Sasha’s path is as compelling as she is irl.

She arrives on set with her younger brother. They’re super close and his presence makes her feel good, so he tags along whenever he can. As soon as there’s a break in shooting, she’s singing and dancing to Childish Gambino. Her energy comes as a surprise. Perhaps it’s because we haven’t seen enough of her, or because her American Honey character was disconnected, vacant and apathetic. Or maybe it’s her doe-eyed look, which is deceiving of her confidence, wisdom and deep trust in her own spirit.

Regardless, Sasha doesn’t feel like your typical celeb at all. And it’s clear that she isn’t.

Hayley Morgan: Before this interview with you, I was trying to imagine what kind of person you’d be. It’s difficult when someone is an actor— you can read other interviews but so much personality is hidden or contrived. It’s interesting that you’re so relaxed, but you’ve also got so much passion for these things that you believe in…
Sasha Lane: Yeah I know. I get it completely. I don’t have that quality of like… you know, when it comes to activism, I’m not that person who is just out there and being super outspoken. Because I am such a chiller, I have a chill approach to things but I am really passionate about it. It’s a different approach.

Is trying to create a better world or, at least, a better industry for yourself and other women something you are mindful of?
I’m just trying to be me. That’s my way of going about it. If I just strongly stick to who I am and I keep showing people that it’s OK to be who you are and it’s OK to be a good person and make mistakes but still be strong and confident in who you are. That will help change people in the industry. And women need to empower each other more, so I always try to do that — I always want to work with women and applaud them. Most importantly, I want to keep being who I am. I don’t want to morph to the industry, I want the industry to morph to me. Not that I know it all, but you get what I mean.

Totally. It’s probably a good idea to set some standards before you embark on this journey, especially within this industry. So, do you have a lucky charm?
No, actually. I like the idea of it though.

What about personal rituals?
I try and just sit there and, oh I’m going to sound like such a hippie… I just try to sit in a moment and take note of what’s going well and what’s beautiful. Like, this flower is here and that’s what’s up. Actually, maybe my lucky charm is a bee. Every time I need some kind of sign that things are going to be OK, a bee will literally land on my windshield or on my hand. It gives me this little tingle of ‘OK, we’re good.’

You’re sick of talking about how you got discovered, which is understandable because it’s on Wikipedia anyway. So, let’s fantasise about a legacy role — how do you want to go out?
I want to do a project on mental illness. Something like that would be really good and it would be something I’d be really proud of.

Are you super selective when look at job opportunities, in terms of cast and crew? Or is a project’s narrative paramount?
I think it’s more about the narrative. I mean, with the cast and crew, if I know certain people are on it that I’d love to work with then that’s a really important thing for me… but mostly I think it’s the narrative and the director. If I feel like the director is someone I’d want to create something with, and the story is something that I want to be a part of, then that’s just how I choose. It’s all a feeling — I go off my feelings and what my gut is saying. I pick things for different reasons — sometimes because it feels fun, or sometimes because it really means something to me. I do try to be selective and I don’t want to do movies that don’t have any connection for me.

You’re open about your sexuality. With this in mind, are there parts of The Miseducation of Cameron Post script that are difficult to swallow?
It’s difficult. The movie is based in 1993, and the fact that that isn’t too long ago is really hard-hitting. These conversion camps are a lot to deal with. But that’s one of the reasons I wanted to be a part of it. It’s such a big story. I believe in being against gay conversion therapy and I’m all about everyone being accepted.

And what drew you in to your upcoming role in Hunting Lila?
I’m really interested in the mind, and it is really cool that Lila can do things with her mind. It seems super interesting in the way that it’s based on a young adult novel but it seems so real to me — like all the characters and the love story, and how Lila is such a strong character through it all. All those things sparked my interest and it seemed so much more authentic than most young adult movies.

You’ve also landed a role in Shoplifters of the World Unite. Did you spend many teen nights crying to The Smiths?
It’s so funny, because I actually didn’t really listen to The Smiths that much. But I love music, and the movie is all about music and the director is so passionate about music and so passionate about The Smiths. He always does documentaries on music and artists, and I just think that’s really cool. I understand it — all of The Smiths fans were just so die-hard and, like you said, crying to the music at night, and I just thought that was beautiful. That’s how I feel about music. It’s a big part of my life and my moods.

What were you like in high school? What were you crying to?
I used to listen to this group Daughter a lot. I mean, I listened to The Weeknd and Drake and all those kind of people, but I just remember this one group called Daughter. I would listen to all their songs at night and just kind of be in my little woes. I spent a lot of time by myself — I would just read books in my closet and just chill. Music definitely put me in a chill mood and made me think a lot.

What do you believe in?
I believe that we’re so magical and powerful as people. There’s so much beauty that can be seen — in people and in the world — and it just sucks that it’s not out there and there’s not more of it. I just know that if we get back to the soul and back to the spirit of ourselves and treat others in a beautiful light, we could really unlock these powerful spirits within us. And we could really do some amazing things and create a lot of things. I believe everyone should get back to their spiritual self and become aware of who they really truly are.

In what ways do you hope your life and self changes as you continue to grow up?
I just want to find more peace and I hope I can better manoeuvre my life and being in the industry as well. I dream of being much more peaceful and getting everything straight with myself… to a point where I can look to my gut even more and soak up all the things I’m doing in my life.

What are the most important things your parents and upbringing have instilled in you, in terms of achieving your dreams and being the best human?
Just to show people respect and to have an understanding that people in life are very difficult, complex and layered. You can’t just approach people the same, because everyone is different and has a reason for what they do. And life gets in the way some times, and so does your own mind. You have to be understanding and empathetic.

If you had to create a perfect world for yourself, what would be there?
People would definitely be non-judgmental — that’s such a big thing for me. I’d probably live in a tree house and chill on clouds. There’d be more appreciation for the beauty in things. I want to be surrounded by flowers and music and smiling faces. Not to say that I don’t embrace sadness… I just want it to be non-judgmental, then there’d be so much peace.

What did you last wish for?
You can’t tell your wishes because they won’t come true… But just know that I looked at my phone before and it was 11:11 and I made a wish — and I’m praying on it.