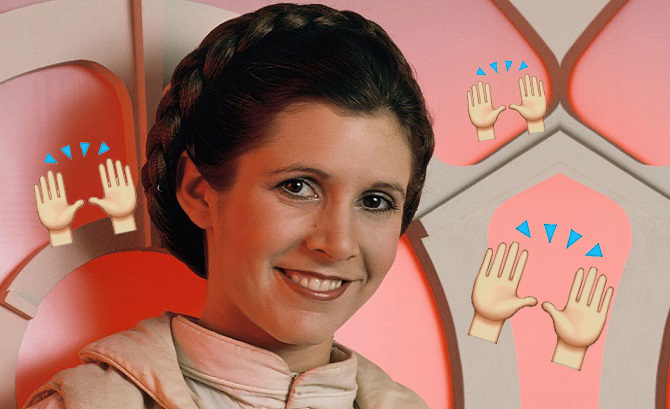 A dear mate of Carrie Fisher, Heather Ross, has shared a story in the wake of Harvey Weinstein’s exposed actions. It’s a story that proves Carrie Fisher is an absolute hero, and that Hollywood (/the world) is riddled with sexual predators who cannot get away with abusing people.

Heather told an Arizona radio station a story about meeting up with an Oscar-winning producer, for what she perceived, naturally, as business. She described him picking her up in his car and very quickly pulling over and getting on top of her. She’s told this story to Carrie after it had happened, and a few weeks later Carrie sent her this message:

“I just saw blank at Sony studios. I knew he would probably be there, so I went to his office and personally delivered a Tiffany’s box wrapped with the white bow. It was a cow tongue from Jerry’s Famous Deli with a note that said, ‘If you ever touch my darling Heather or any other woman again, the next delivery will be something of yours in a much smaller box.'”