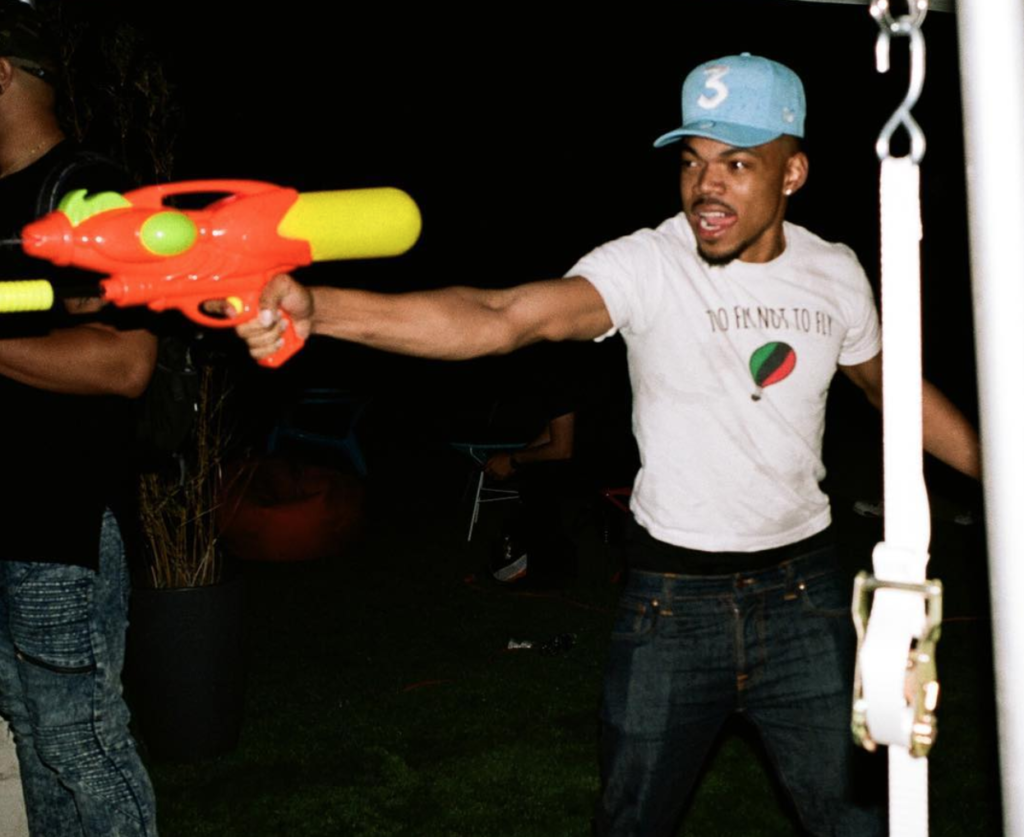 In a harmonious marriage of a few of my favourite things, Chance the Rapper is about to star in a horror film about murder and pizza. It, genuinely, is lit.

Titled Slice, which is obviously very stabby and pizza related, the film has been in the works since 2015. It’s the directorial debut of Austin Vesley, who says Chance’s character is inspired by The Joker.

The trailer, below, gives little away. Not that we need much more than Chance, murder and pizza to be keen. Variety, though, have reported that it “takes place in mysterious city, and centres around an enigmatic outlaw framed for a killing spree that targets unsuspecting pizza delivery boys.” Plus, we see glimpses of Stranger Thing‘s Joe Keery and Atlanta‘s Zazie Beetz.