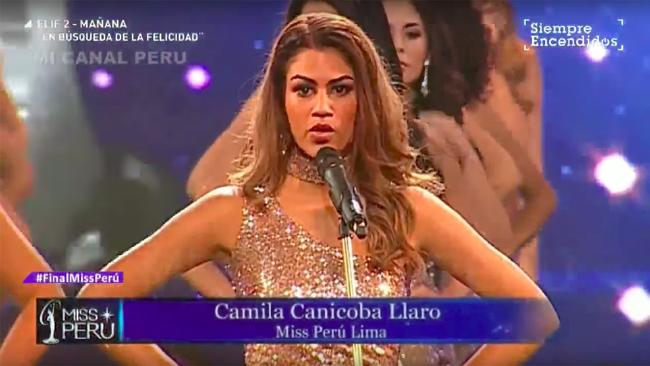 It might be pretty effed that beauty pageant contestants are asked to say out loud their body measurements during the competition, but the women of Miss Peru have taken this opportunity to draw attention to some bigger numbers.

Instead of answering questions about their waists, the responded to such questions with things like “My measurements are: the 65 percent of university women who are assaulted by their partners.” That was Belgica Guerra speaking.

The plan had be organised before they hit the stage, and images of related news headlines appeared behind the women as they spoke. In fact, the entire pageant centred around violence against women. The organiser and former beauty queen, Jessica Newton, told Buzzfeed News, “Everyone who does not denounce and everyone who does not do something to stop this is an accomplice.” TRUE.